The Beast in Ottoman escapades

1798: Napoleon Bonaparte moves his attention to the North-African region to gain power and knowledge. Meanwhile, testing the Anglo/Ottoman alliance and finding the key to the Egyptian hieroglyphs translation. A modest fictive scenario amongst ancient Roman antiquities.

Wargaming, in my humble opinion, is not about winning or losing, it is about having a good time with one or two fellows that you like to spend time with. This is a short-story upon such an event. We did not have time to anticipate, or get the battleground out, the figures from their boxes and so on…. It was an instant, state to the art, fun game. Loaded with improvisation and 'just for fun' moments.

Repeated cavalry charges occur on the flanks between the opposing light units. Initiative tipping a bit in favor of the French side due to fitting command dice throwing. Plans and luck do not always go along as wished for. 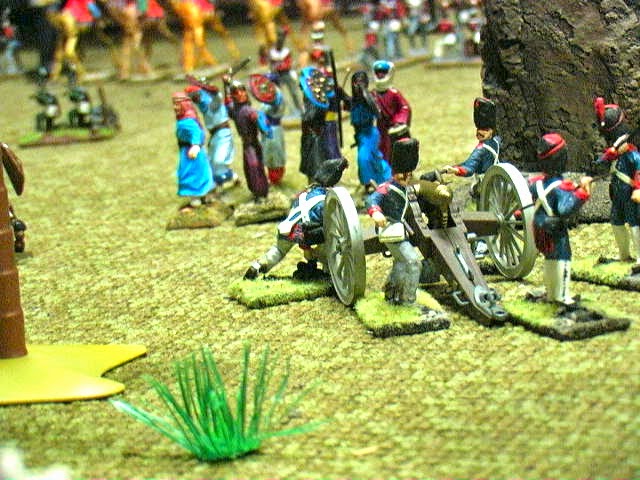 French Artillery fire becoming only effective after a re-deployment in a more advanced position. Gun crew is a conversion job from Timpo action pack figures, ACTA British artillery crewmen and Airfix parts. Cannon is a Britains piece, manned by five makes it a heavy gun. Here at the threshold of blowing three figures to oblivion. A heroic Ottoman charge though. 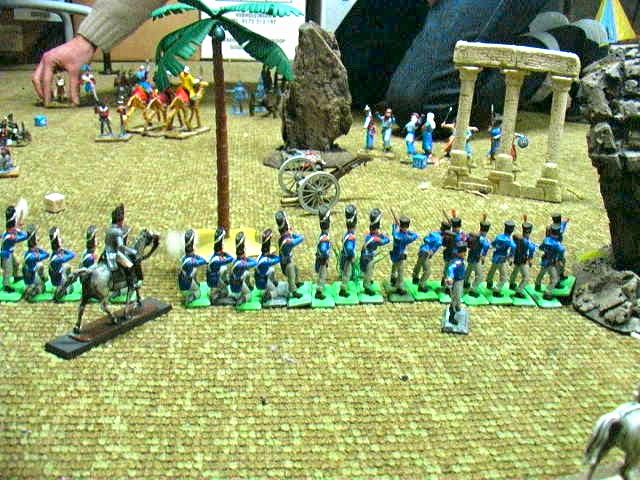 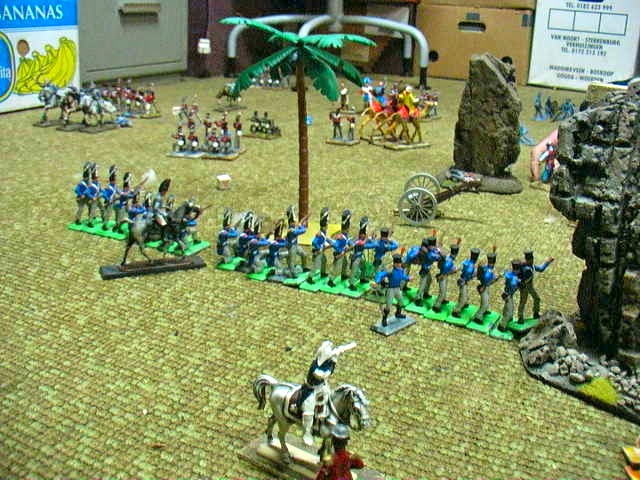 
French has none and deployed all.
The latter move into a tactical defense, pivoting round a steep rocky outcrop. Flanks are redrawn.
An escape route secured. 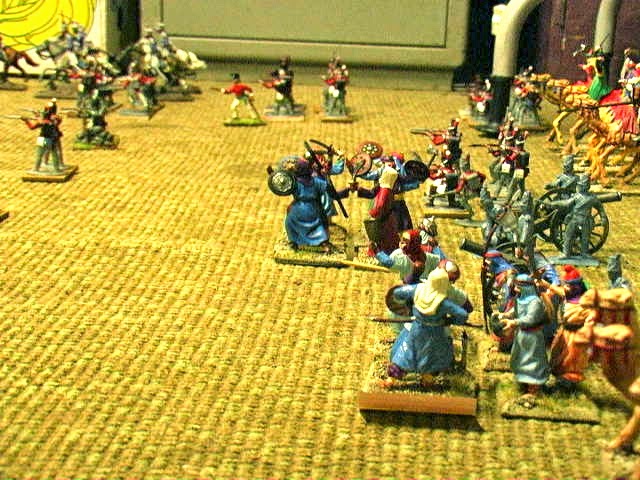 Left and right Anglo/Ottoman wing advances steadily.
Dromedary cavalry unable to maneuver effectively.
They must evade both the rocks and heavy musket fire.
British fusiliers beef up the fiercefulness. 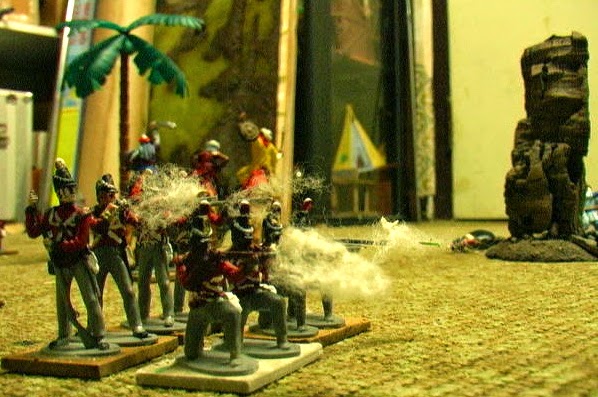 Effectively the game endured for three hours, as the clock forced us to break up.
Both sides lost two units to the last man. One or two others suffering up to 75% losses, we've left out in the victory sum-up. There was a fine draw! The sun now went under the horizon. Finalizing this was done behind a beer and a good laugh!

The rules used: About Bonaparte 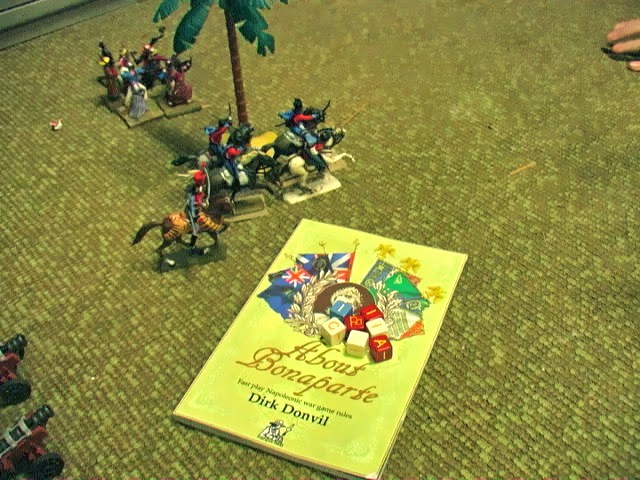 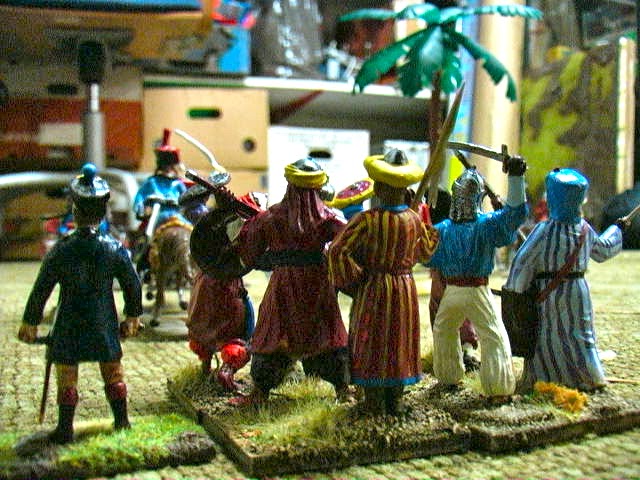 The last photographs of this event. Underneath. By my game pal! 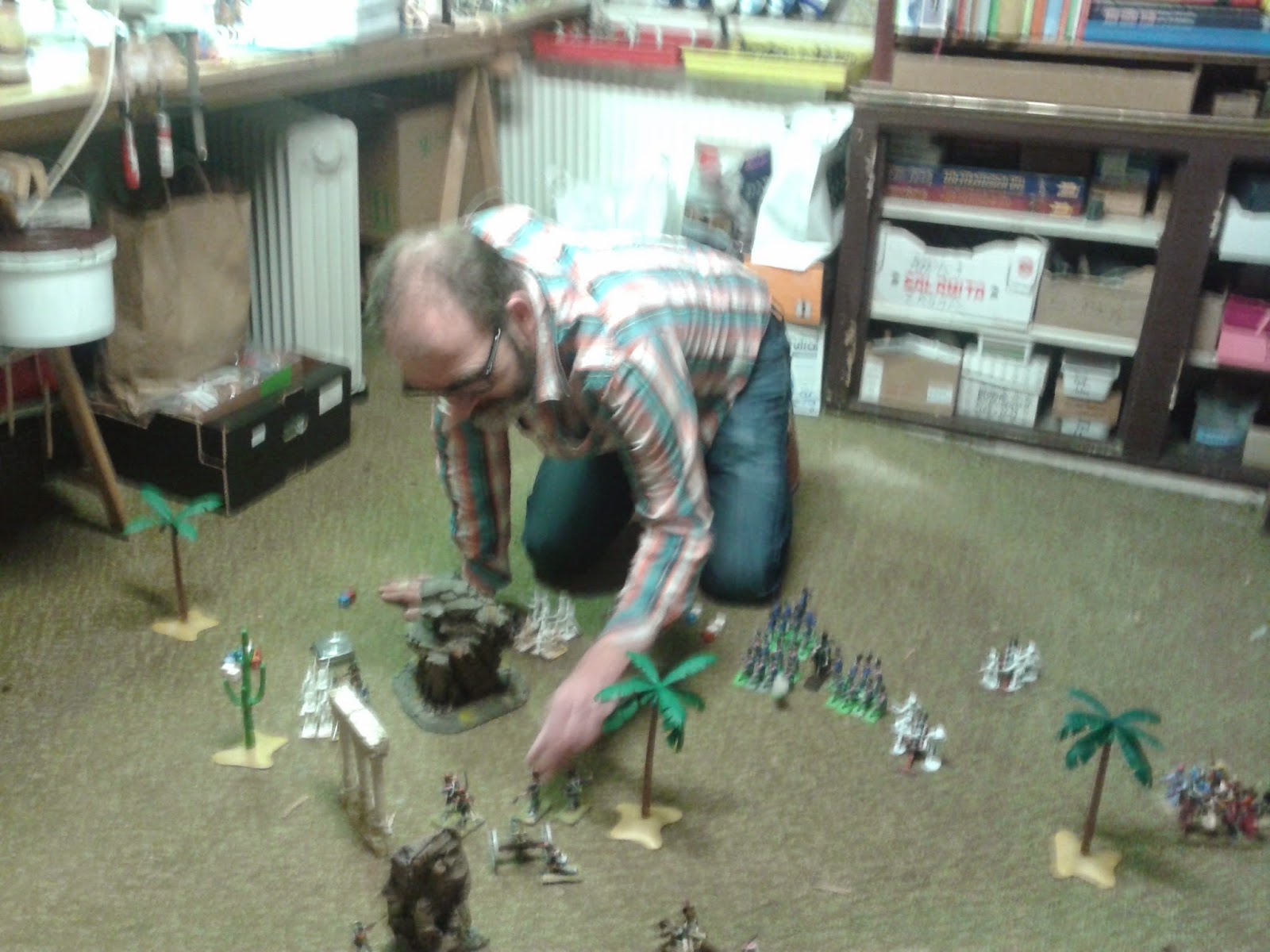 The author on his knees! 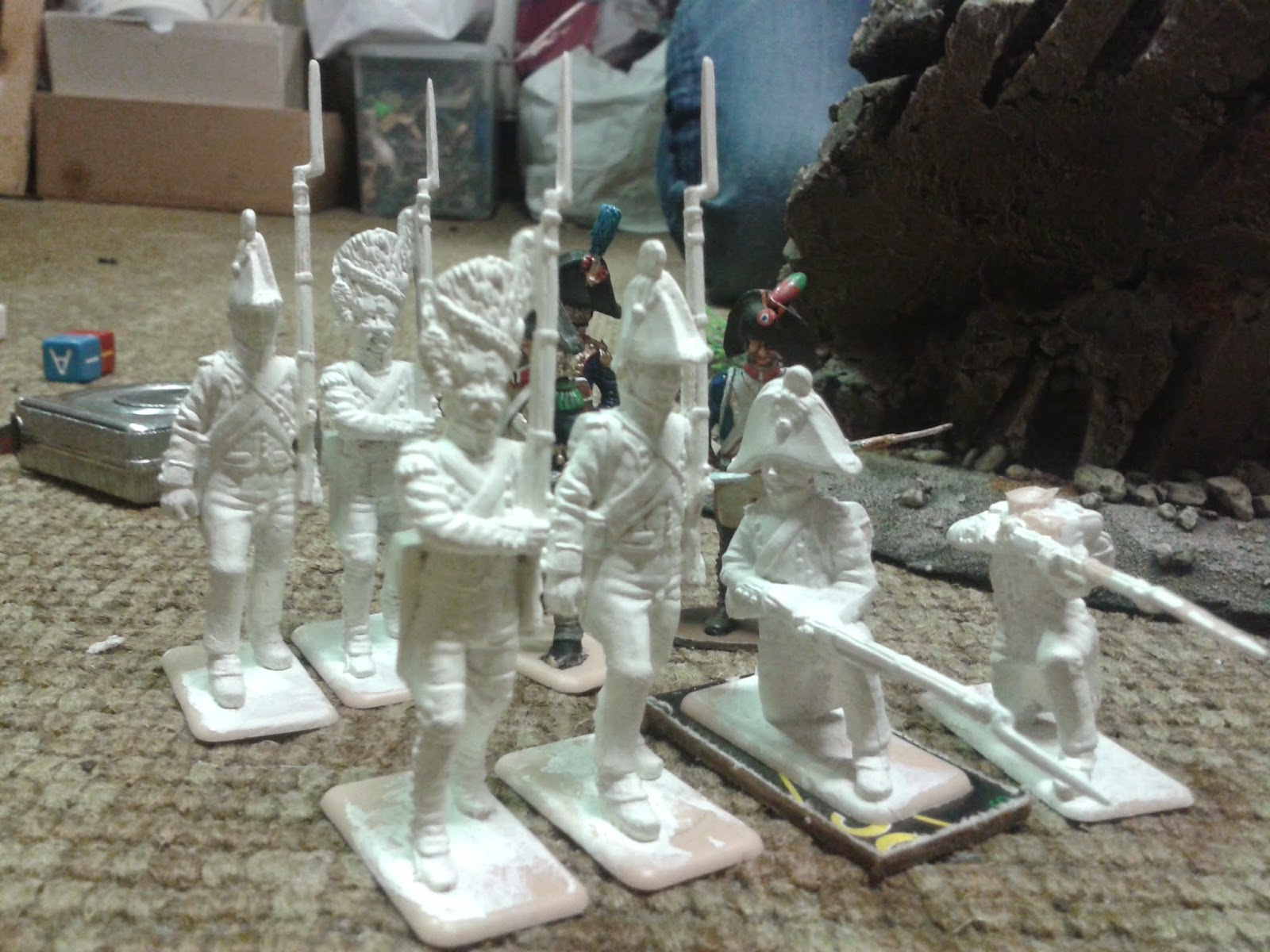 The French lost their head! 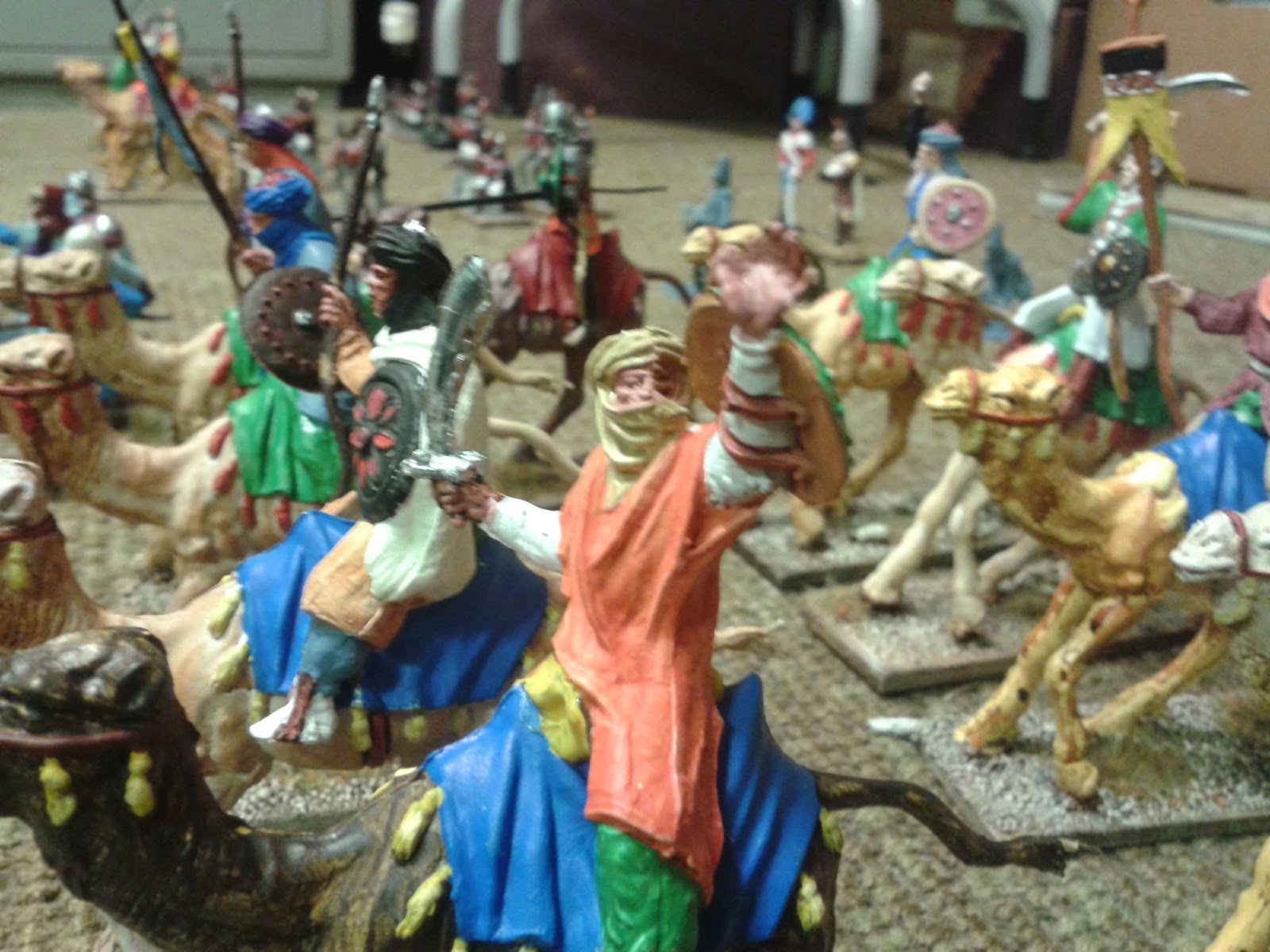 Not a review yet but a recommendation! A present I got from my friend Stan last week, when he visited and amongst other things, played a 54mm war-game on the floor of my 'sousterrain' game- and hobby room. Reads absolutely as a wonderful novel. Great historic up-to-date insights. Written in a perfect modern language that will appeal to most readers. Do not know if it will be translated into English but I sure hope it will! I am so pleased with it! Thanx Stan! Guys….. get one!

I SINCERELY RECOMMEND IT! 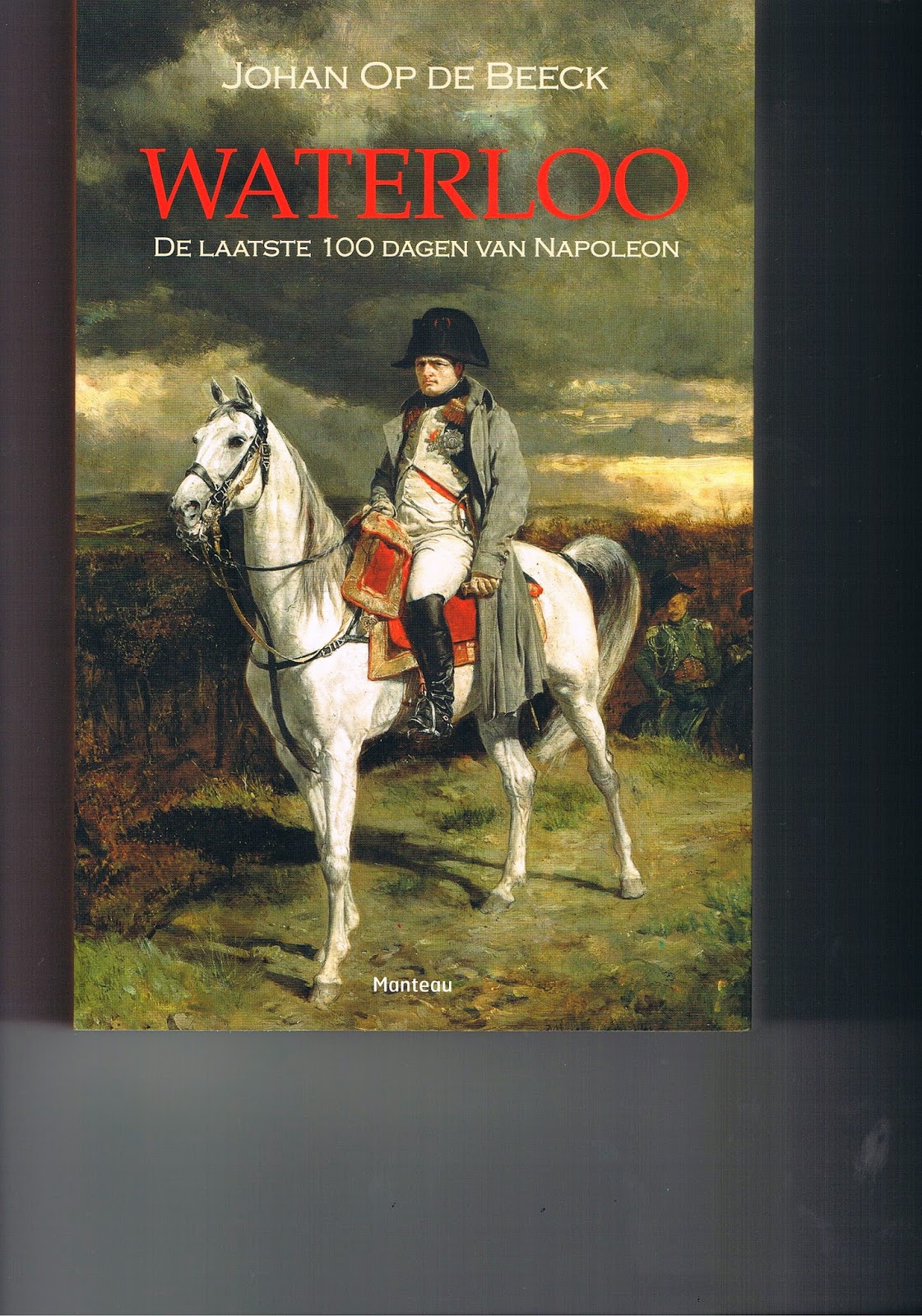 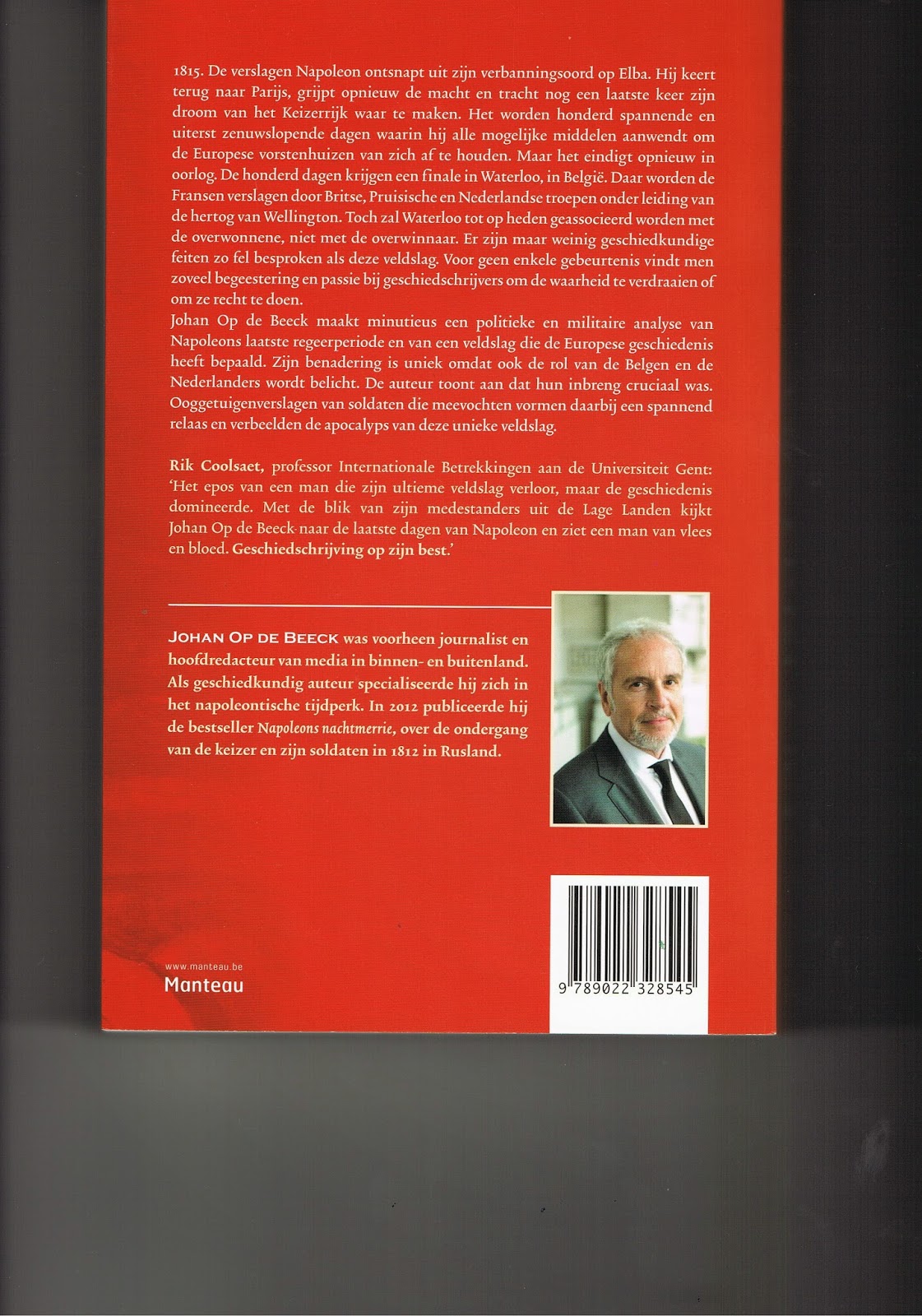 Dear friends, I know a few people from the association Figz. In a while they organize a fair. Maybe interesting for you? To get an idea, I found something about 2014. 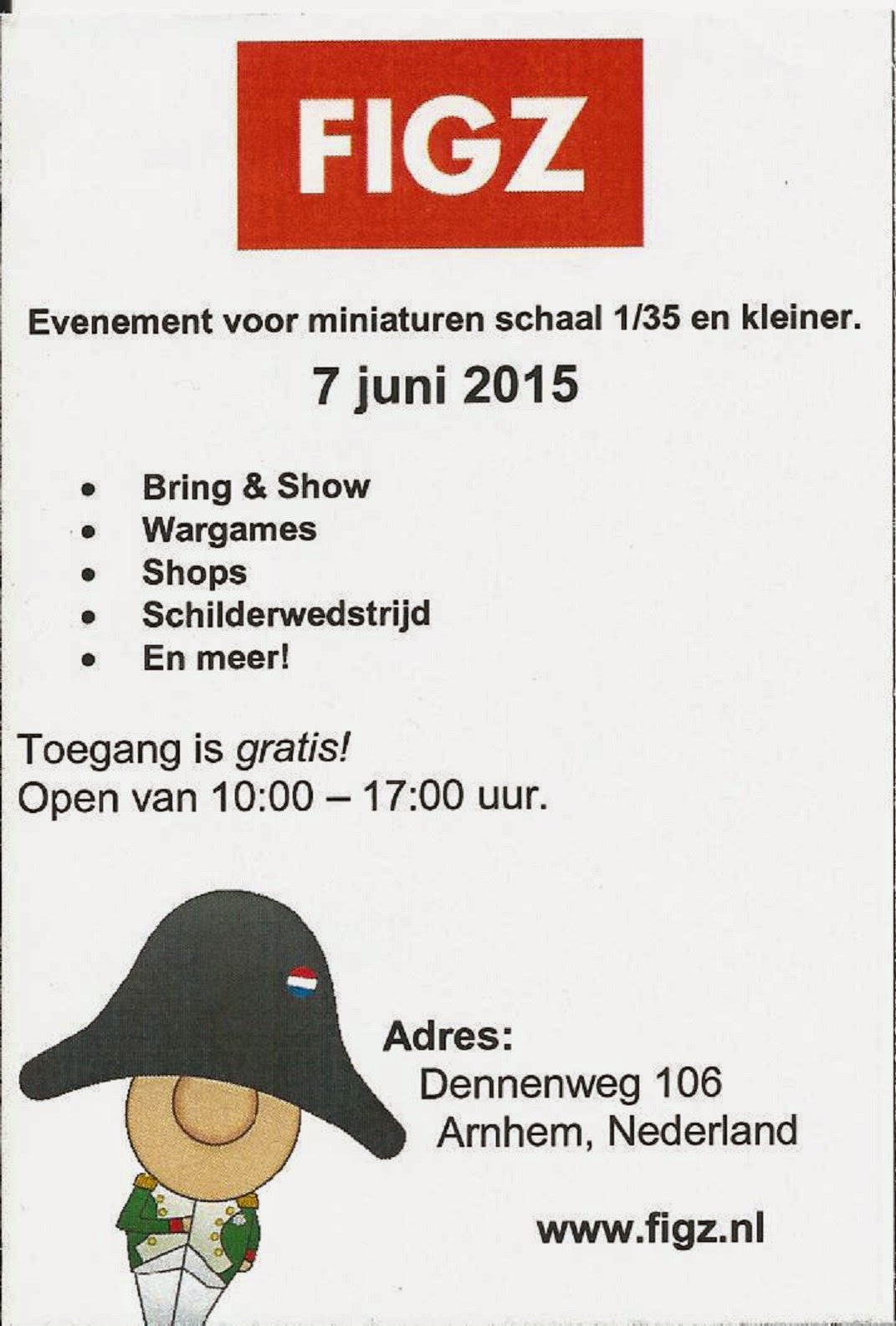 Dirk; they do not know your Wargame rules.
Perhaps introduce it?

Youtube posting of our New Years game about Magnesia