We played a Waterloo game in 54mm yesterday. We used the Neil Thomas Napoleonic rules. As in the real battle, the two sides were pretty evenly matched with the French enjoying a slight advantage in artillery and cavalry. The French advanced all along their front and one unit of French Line Lancers made straight for the British on the crest of the ridge. The Lancers almost made a breakthrough, which would have required two Anglo-Allied units to leave the field, chasing after them, but they were stopped by British volley fire. On the French left, many units were drawn into an assault on Hougoumont, as happened historically. Also, as historically, the British sent their heavy cavalry down the slope to break up the French infantry attacks. The Scots Greys were destroyed when they were unable to retreat while the Royal Dragoons and Household Cavalry were more successful and bet back the French columns to their front. On the French right, Dutch infantry in Papelotte held the Allied left and beat back French attacks. On their left, the French were able to do better then their historic counterparts and took Hougoumont while the battle continued back and forth in the woods. In the center, French heavy cavalry counter charged the British heavy cavalry and that combat continued for several turns without a decisive conclusion. The Household Cavalry especially distinguished themselves holding off the French Dragoons and Cuirassiers. By turn twelve it was evident that the French attack had been blunted everywhere except for Hougoumont and we called the game in favor of the Anglo-Allies. Since we did not represent the arrival of the Prussians, the French were able to retire in good order. 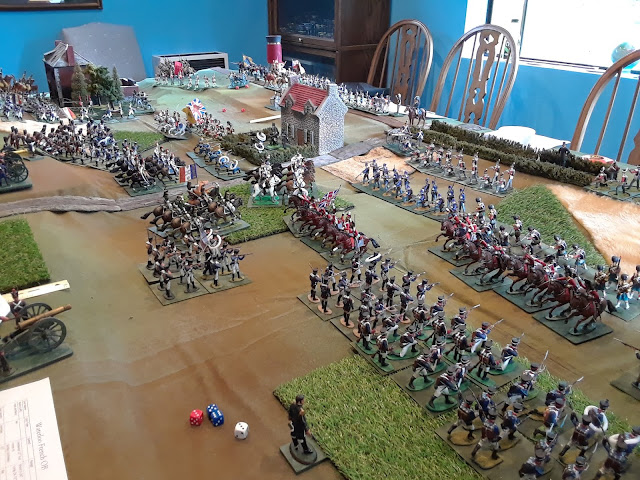 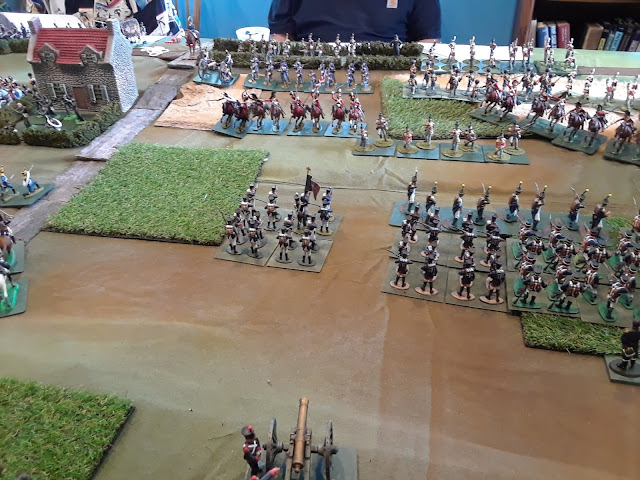 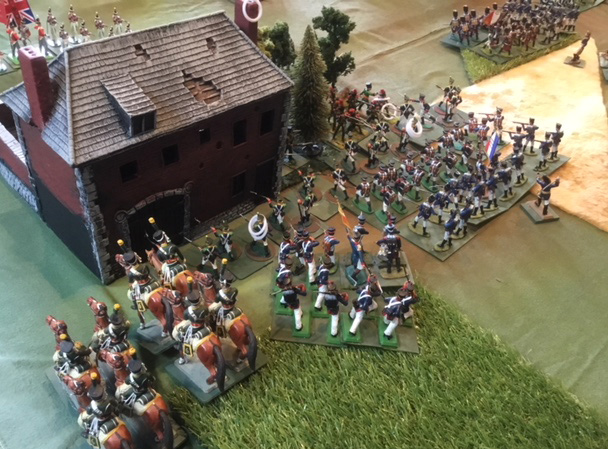 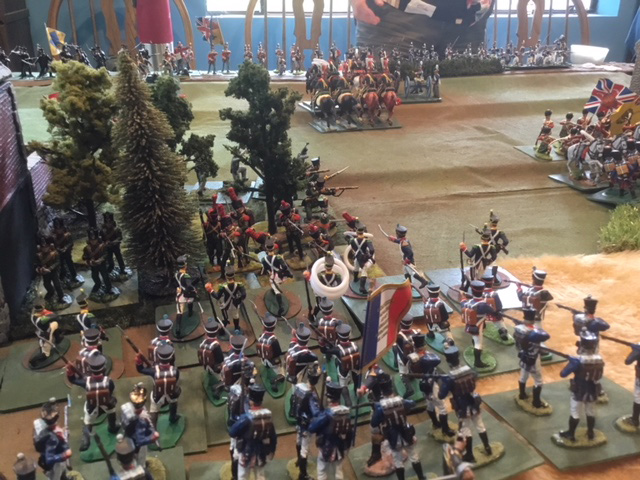 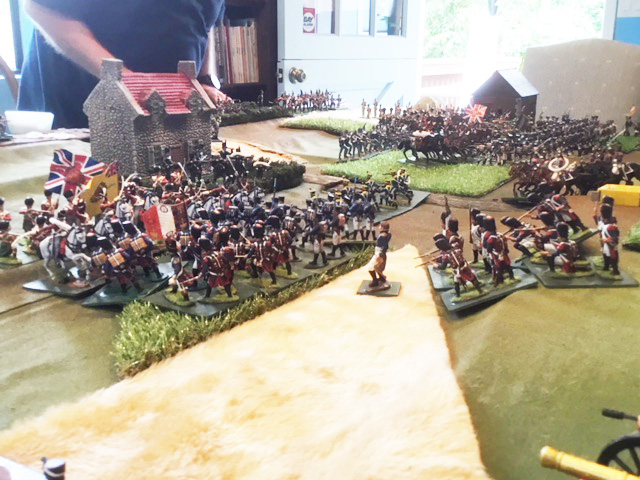 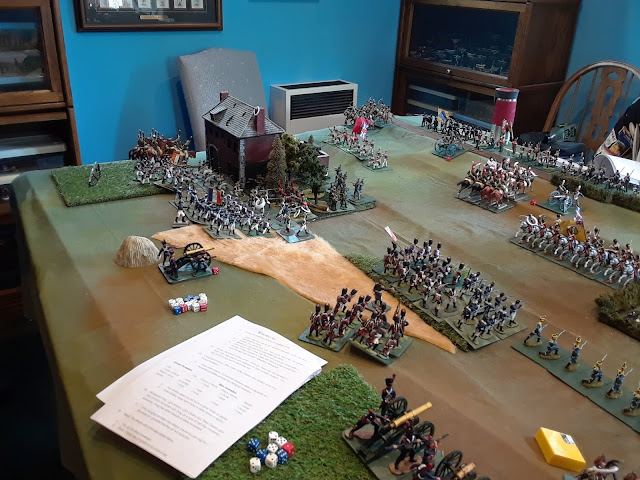 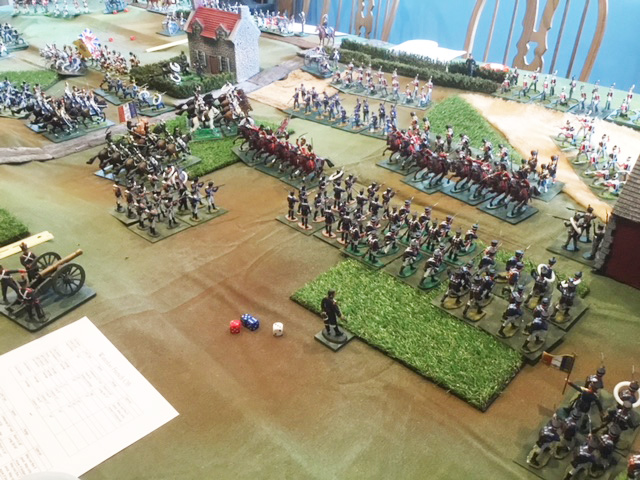 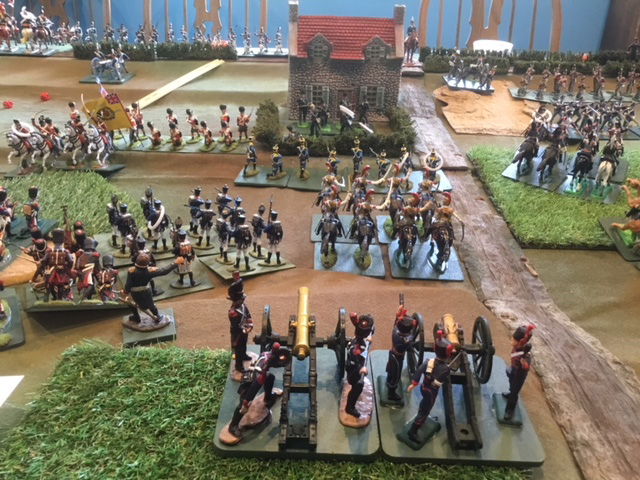 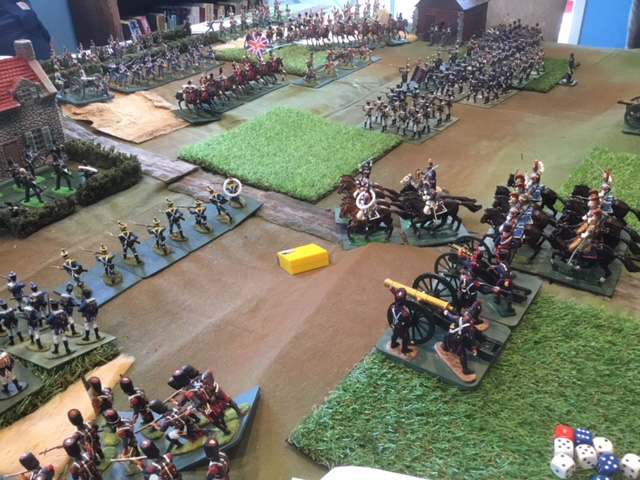 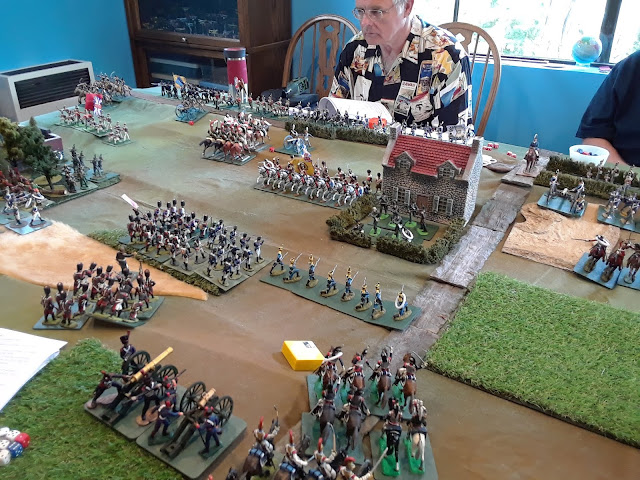 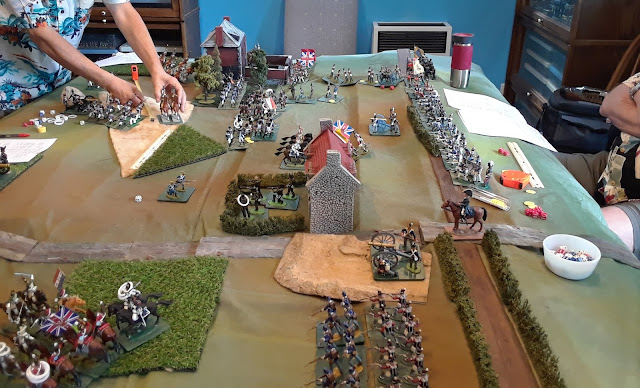 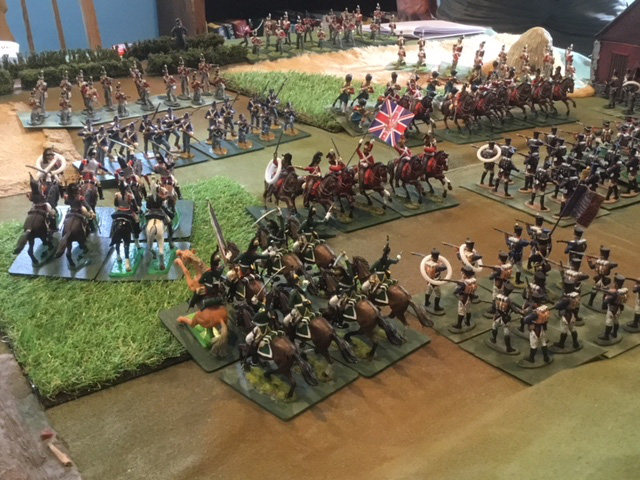 I am going to play a skirmish game between US Paratroopers and German Wehrmacht. I'll post photos. Two photos from previous WW2 games: 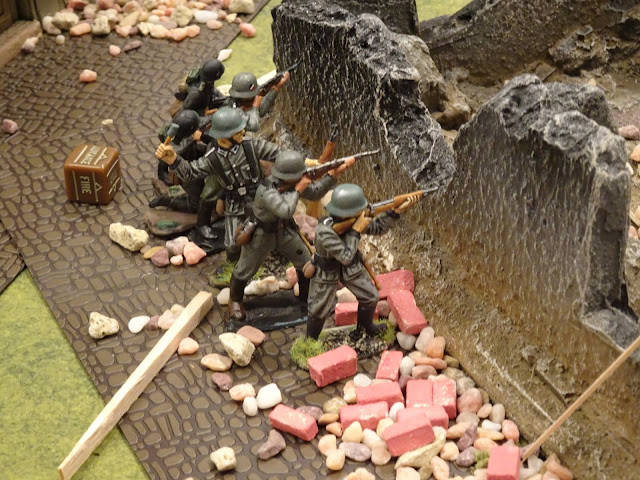 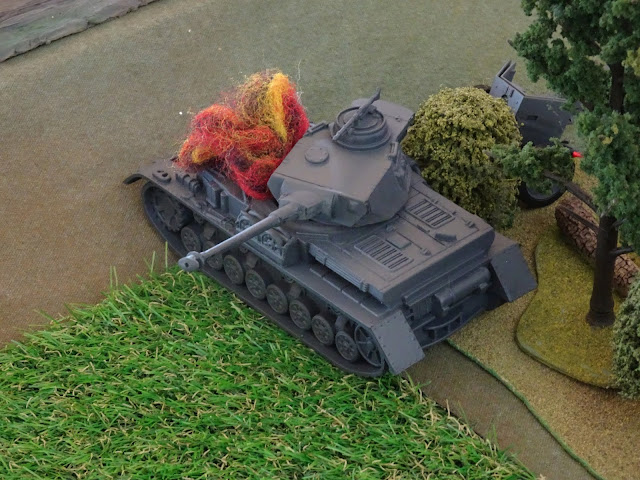