I received a request for more long shots of the game. The table was 6 feet by 5 feet. The Apaches started from diagonal corners of the table. The Apaches had the option of starting the game mounted or on foot. The Apache player decided on all his warriors being on foot. So the photos of the mounted Apache are just posed for the photos. 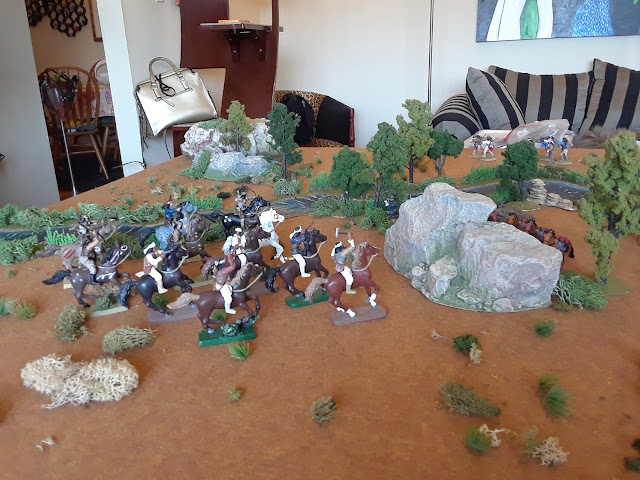 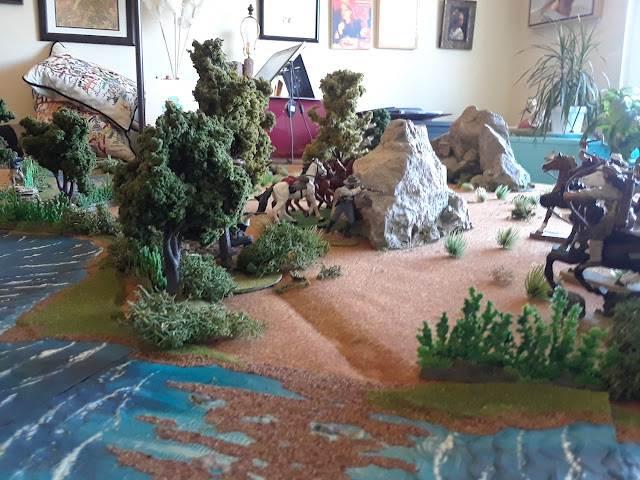 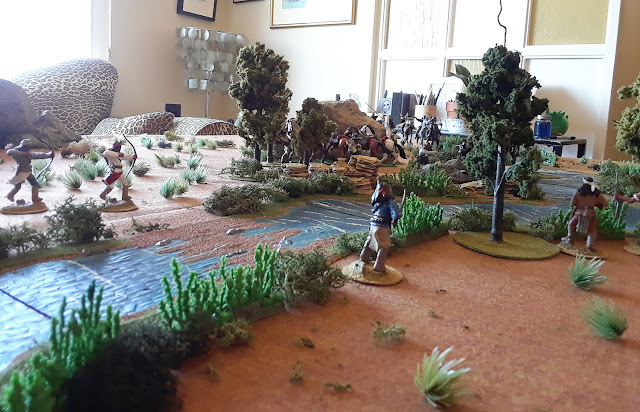 I ran a small Old West skirmish game for my friend Alan's birthday on June 16. He shares his birthday with Quatre Bras, which I think is very cool. I love a good skirmish game because it reminds me that you can have as much fun with a handful of figures as you can  with 200. We used the Fistful of Lead rules, which I like because they use a clever playing card activation system that keeps all the players engaged in the game. In this scenario, the US Cavalry are attacked while they are crossing a river and they must hold out for 6 or more turns before reinforcements arrive. Five cavalrymen must hold off ten Apaches. In this game, the cards and the dice worked in favor of the cavalry, but it could easily have gone the other way. 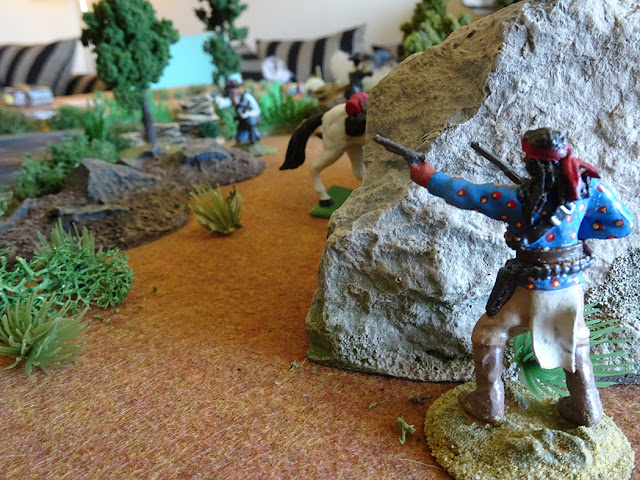 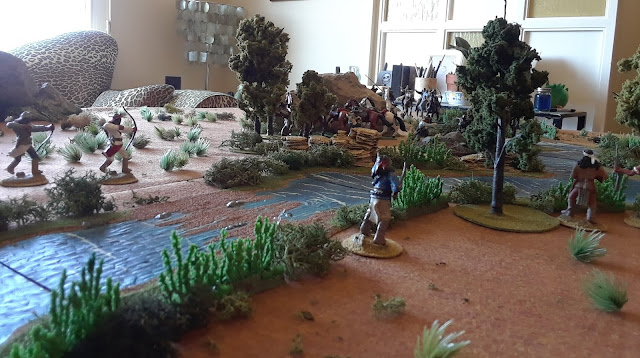 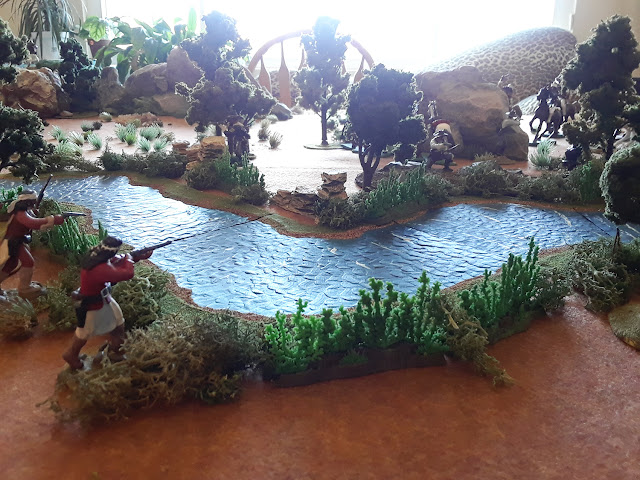 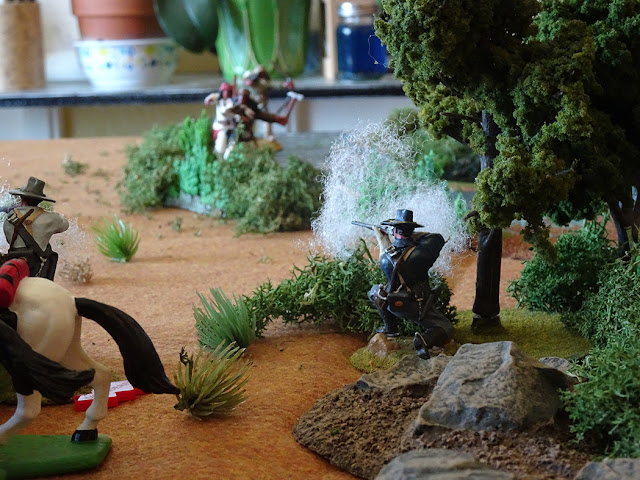 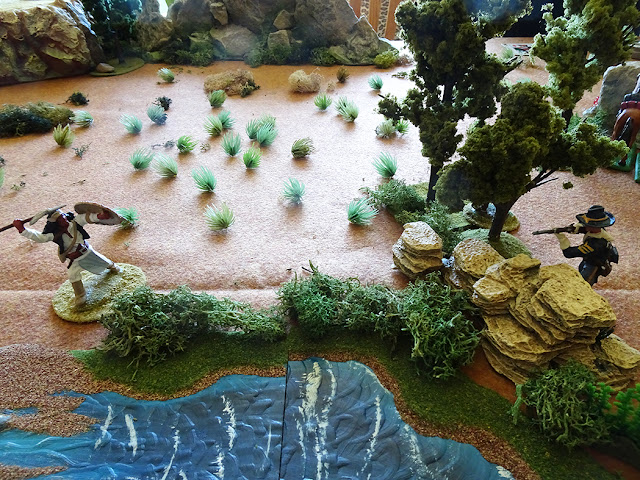 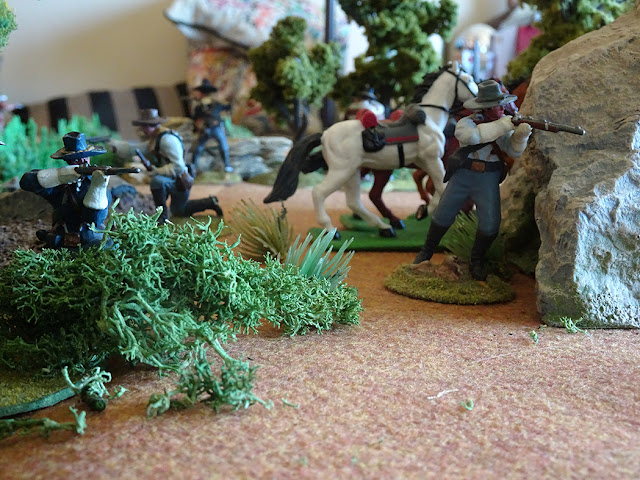 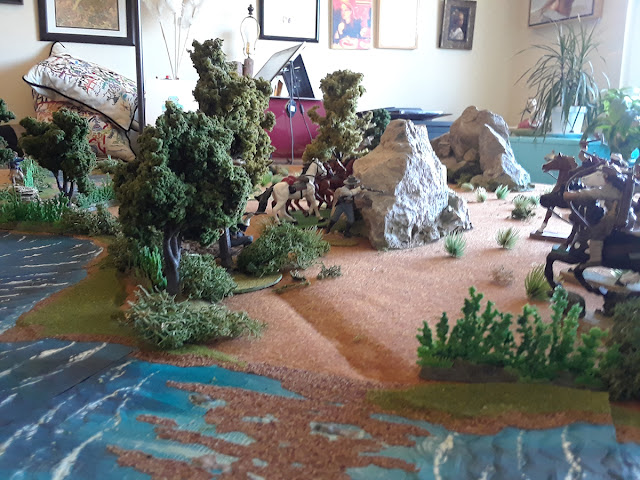 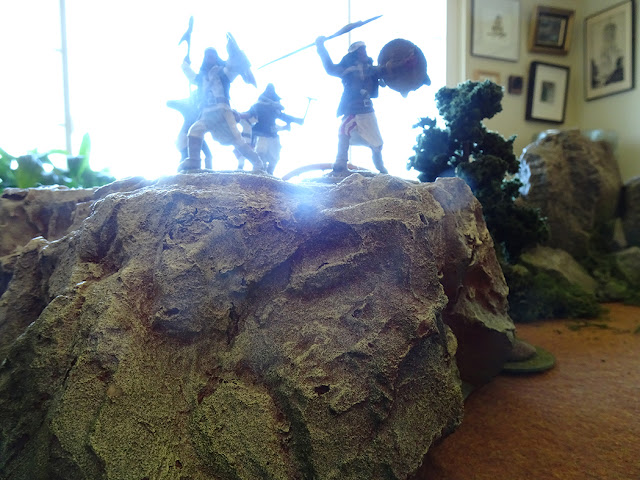