I think all the northern European members must, wisely, be on their summer holidays, but being Americans, we never take vacations ;). Yesterday we played a WW1 trench raid game in 54mm. The very simple rules are in Wargames Illustrated Issue 235. Four players each had five miniatures, either British (defenders) or Germans ( raiders). The rules, as I said, are very beer and pretzels simple, but they do allow for exciting moments like being able to pick up a thrown hand grenade and tossing it back. The game moved along so quickly that we had time to play it twice, each time with very different results. 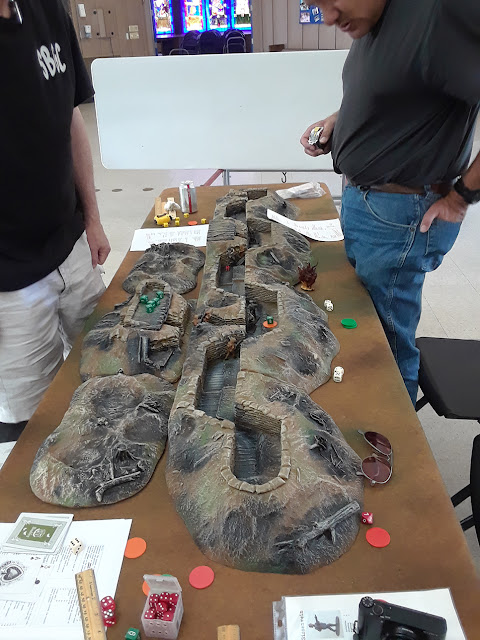 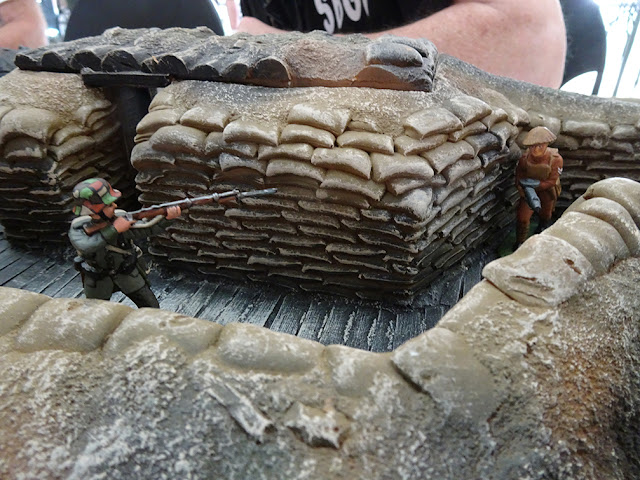 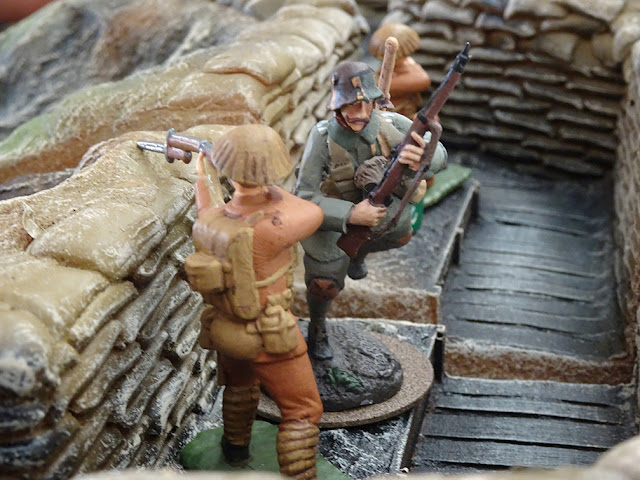 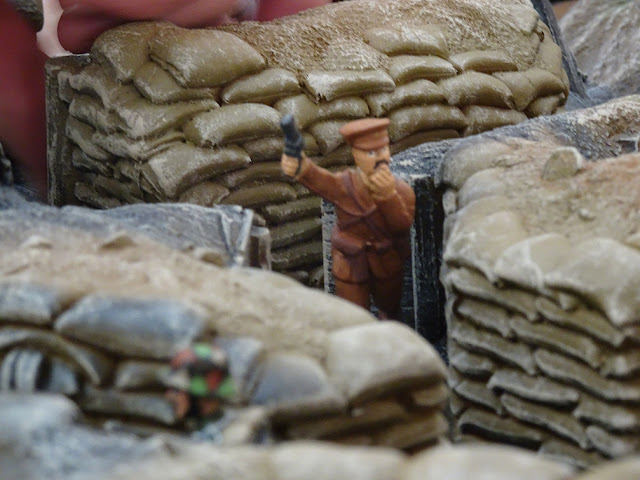 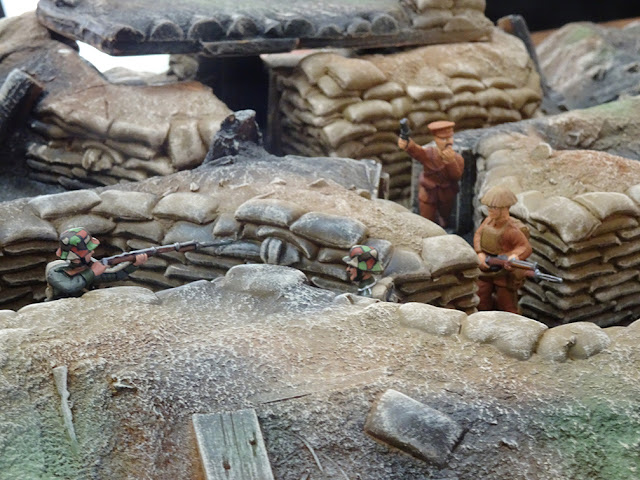 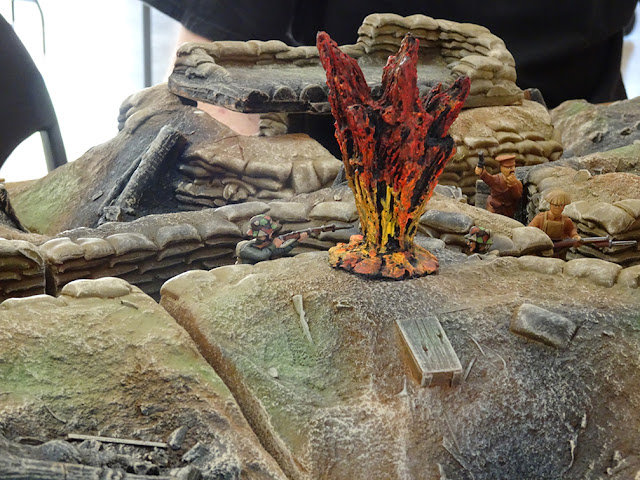 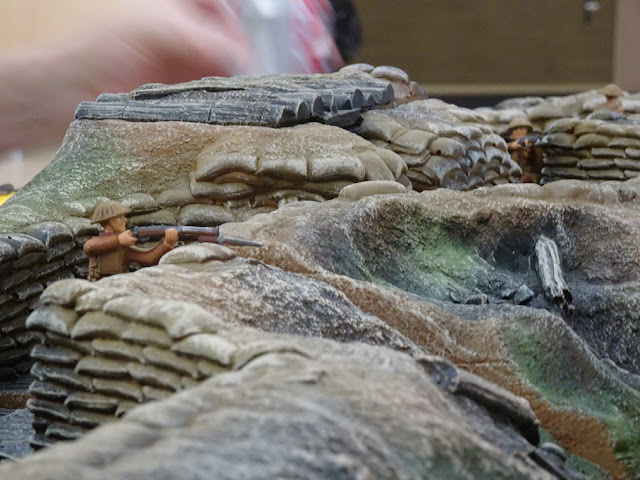 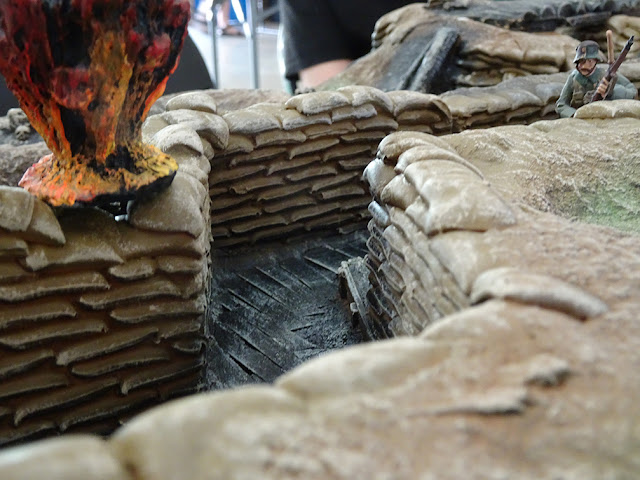 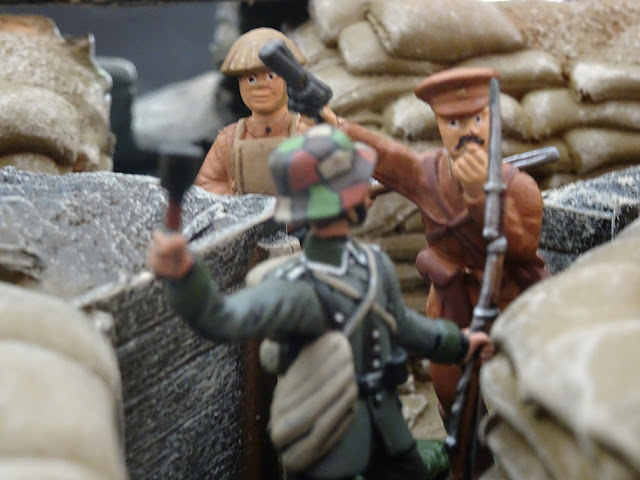 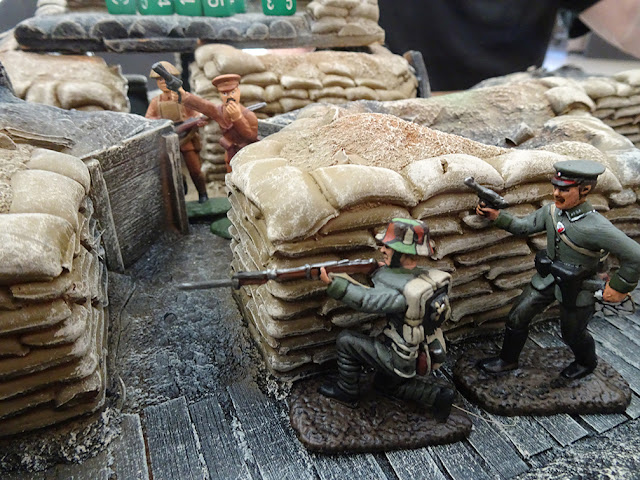 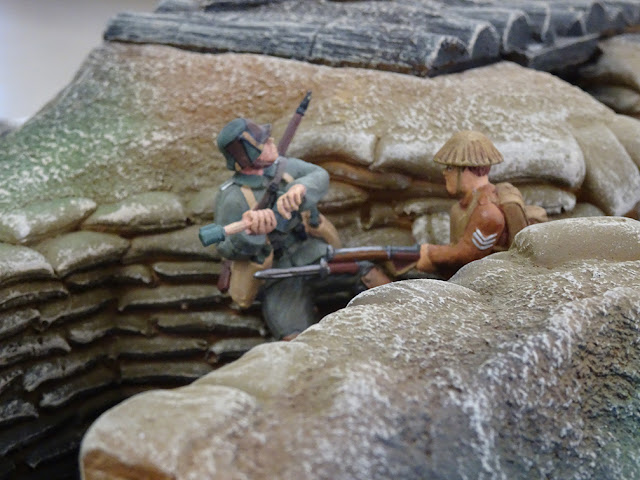 Apologies for monopolizing the blog this summer. I hosted a Wild West shootout game based on the original film version of the Magnificent Seven. We had six players, three for the bandits and three for the Seven, plus farmers. I used my favorite gunfight rules: Fistful of Lead Reloaded. I bought the figures and buildings second hand. They were featured in Wargames Illustrated 259, pages 52-55. We played until half the thirty bandits were killed or wounded. In the course of the game, three of the Seven were killed: Harry Luck, Chris (Yul Brynner) and Brett (James Coburn). 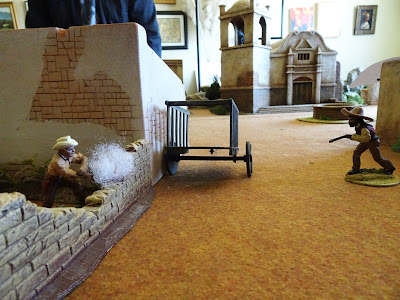 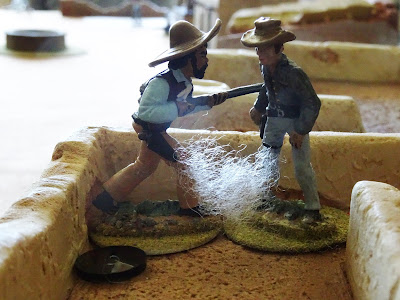 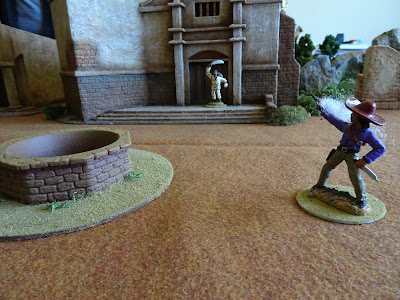 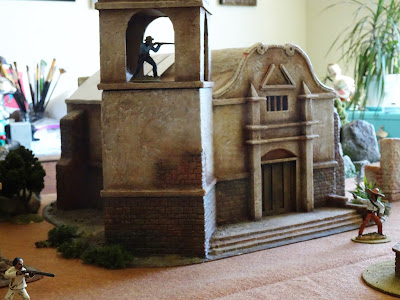 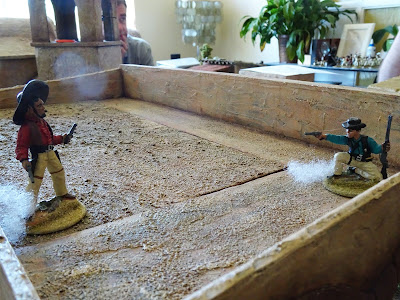 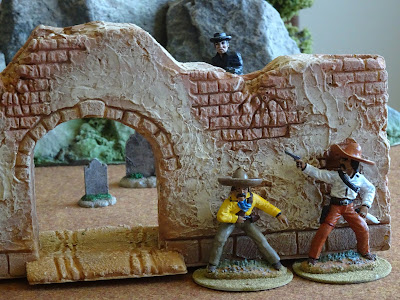 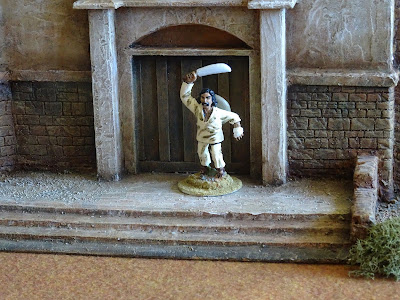 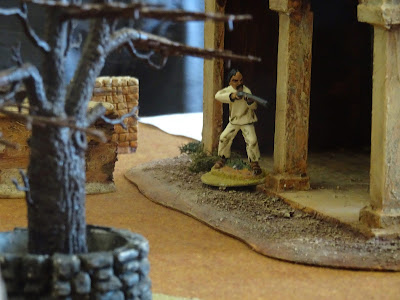 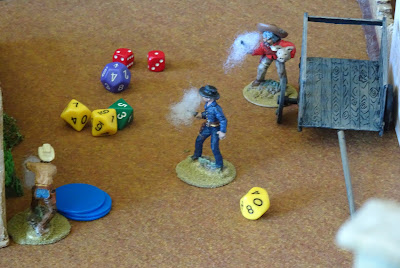 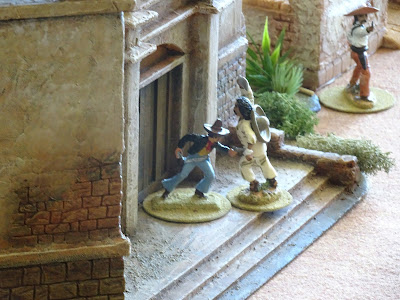 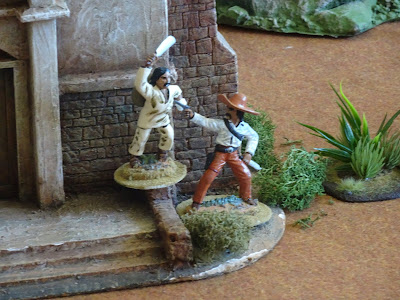