Adrien has developed a game for WOI air combat based on Wings of War.
He has added altitude and more complex damage system, as well as 3 movments in one go.

One Belgian plane was shot down in a combined effort of the Red Baron and another Geramn fighter. One German plane went down also.
The game ended when the second Belgian plane and one of the French planes collided mid air, while the remaing French was to dammaged to continue. A German victory

All planes painted by Adrien,and wath a great job he as done! 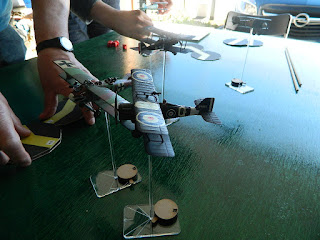 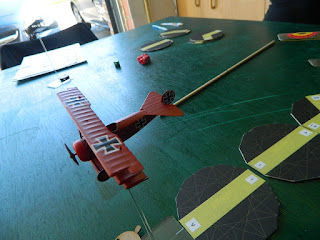 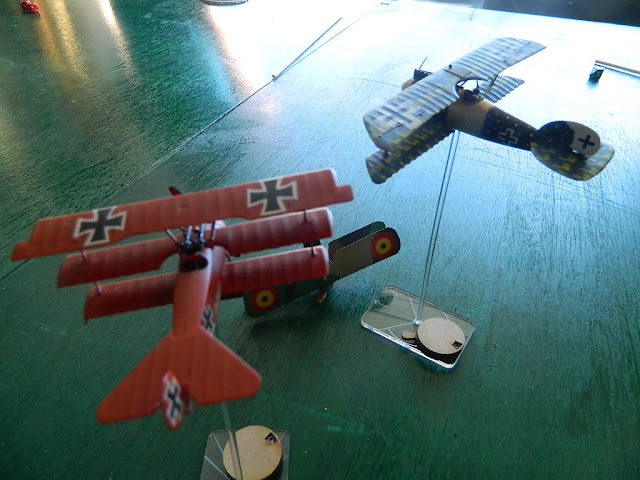 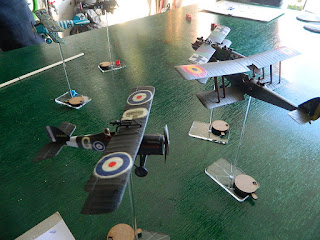 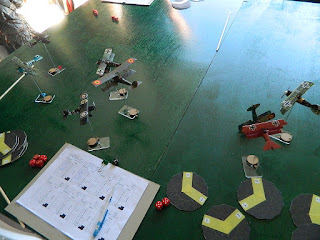 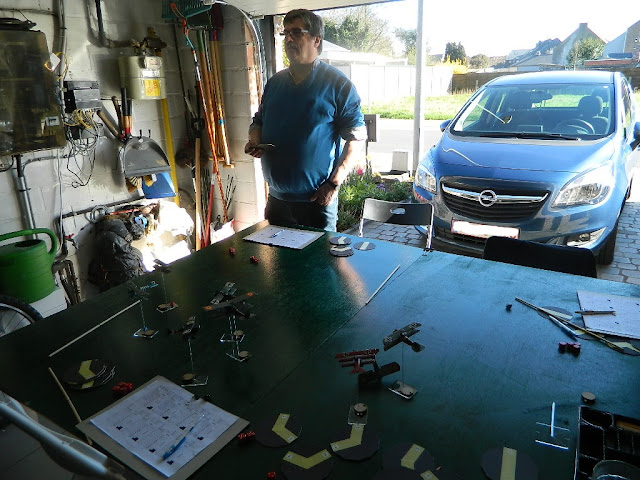 "While none of my dioramas are “permanent” (scenery or figures glued in place), I do tend to leave them set up for long periods of time, and enjoy looking at them and envisioning playing out various scenarios in my mind. Looking at different outcomes depending on different directions it could go. When it it is time to take it down, we do play out a war game on a very, very basic level, but it is great fun!

Here are some closeups of the castle siege."
Thank you,
Joseph 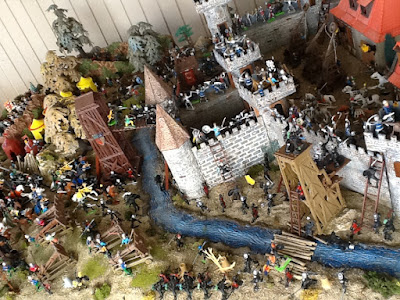 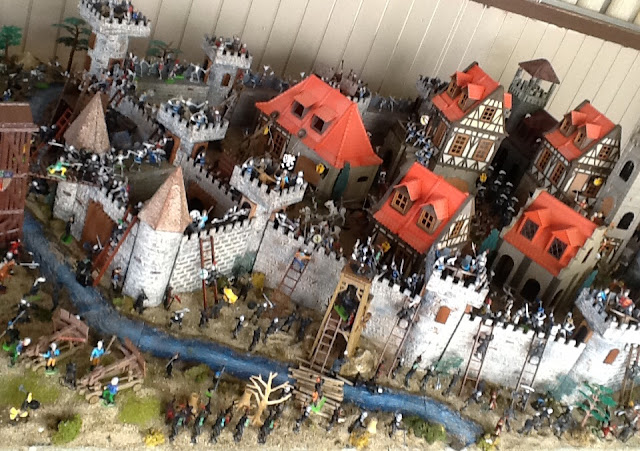 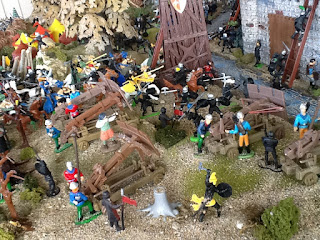 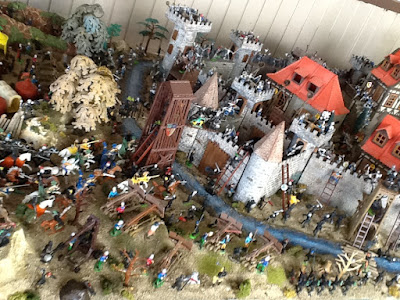 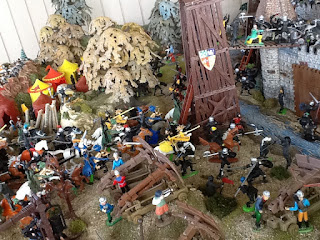 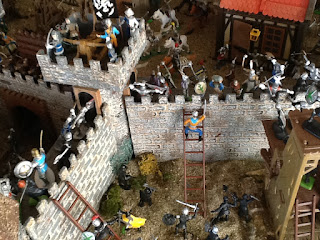 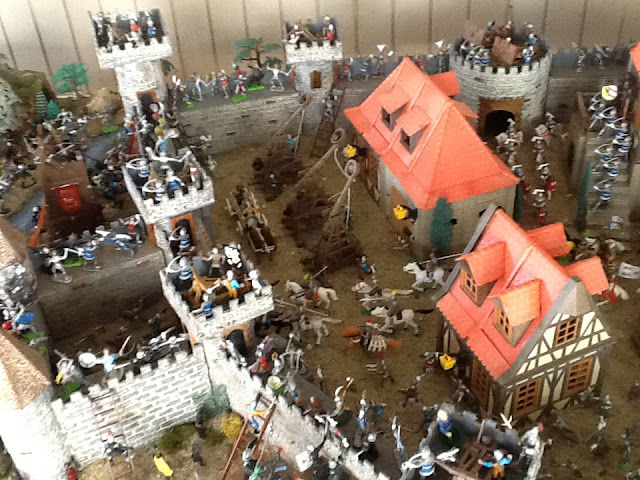 Thanks Joseph.  Very nice scenery and setup. Dirk
Posted by ddonvil at 12:21 No comments: