I hosted a Last Stand of the Legion at Camerone game today on the 159th anniversary of the battle. I only have 27 Legionnaires, so the game was half size. The Mexicans were recycled when their units were routed or destroyed. The rules we used were Fistful of Lead - Bigger Battles which allow each player to handle around 25 miniatures. My model of the Camerone hacienda is far from accurate, as I was limited to the walls and buildings I had on hand, but I was pretty pleased with the result. The French players did a good job of holding the perimeter until one unit of Mexican militia manged to force their way through the barricaded gateway.  After that, it was impossible to stop the overwhelming numbers of Mexicans. In the end, as they did historically, the last surviving Legionnaires charged into the enemy horde rather than surrender. Tonight I'll open a bottle of red wine and toast the heroes of Camerone. Vive la mort, vive la guerre, vive la Légion Étrangère 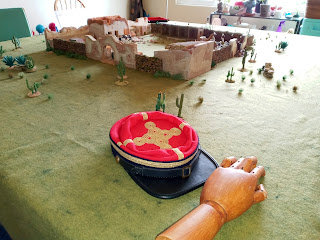 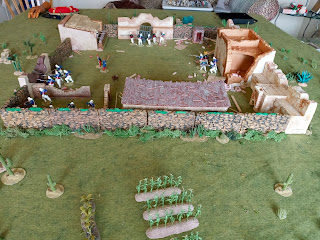 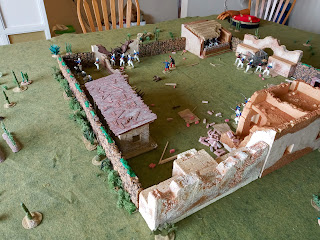 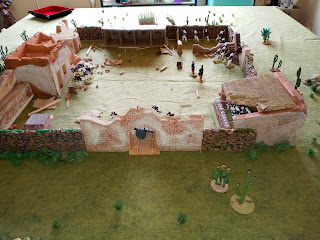 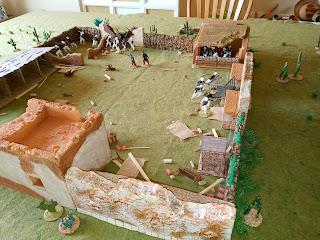 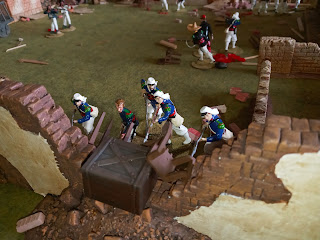 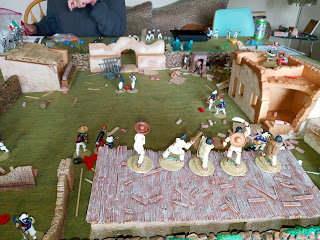 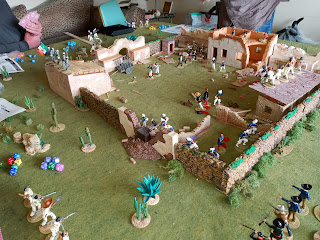 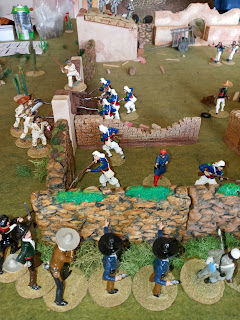 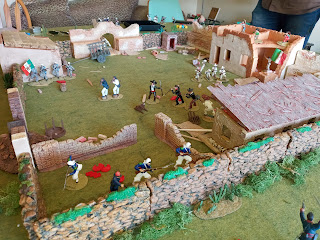 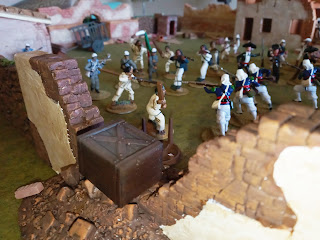 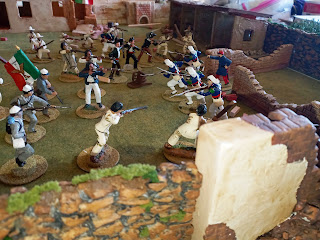 Finally finished the Poles, in 3 units and officer for our "About Bonaparte" wargame rule. Nice figures. Never tought these would be manufactured in 54mm. 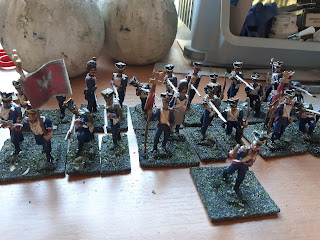 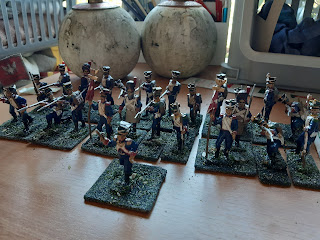 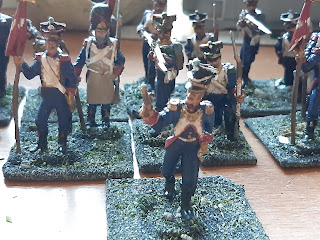