The 1965 film Major Dundee is popular with my club members, most of whom are aging Baby Boomers, like myself. I had long wanted to play the climactic last action in the film where Dundee and his command have to fight overwhelming numbers of French cavalry in order to cross the border back into the United States. In the film, the the French cavalry are lancers, who never actually served in Mexico, so I substituted Del Prado Chasseurs d'Afrique and DSG mounted Foreign Legion figures. The Americans are a mixture of Britains Deetail and other ACW cavalry. I provided dismounted figures for each of the mounted Americans, but as it turned out, only the artillery group dismounted to fire. For rules I used the "Bigger Battles" rules based on A Fistful of Lead. Initiative is still card driven, but the cards control units, not single figures. Since the French are unable to use their firearms, I allowed them to be recycled to a total of twelve units, vs the American's four. This proved to be a little too overwhelming and, in future I will only allow a total of three French units to be recycled. On turn six, a following force of French infantry appeared behind the Americans to make sure they leave the Mexican side. The game began with the American mountain gun doing real damage to the French stationed across the river and, as the French began to advance into the river (at half speed) they began to take casualties from the American rifle fire. When the American counter charged into the river the greater number of French swordsmen began to take their toll and the Americans never made it more than halfway across the river, losing their cannon and supply mules as well. It was still a fun game for all involved in this fictional battle. Note: I had to cobble together two different miniature rivers to make the meter wide river I needed. Next time I'll have a better looking river. 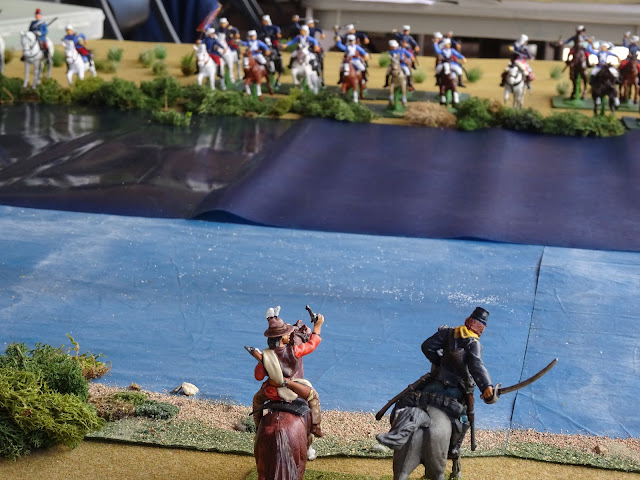 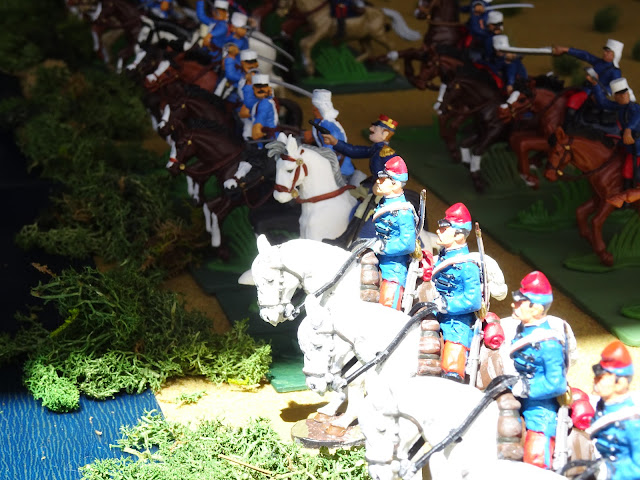 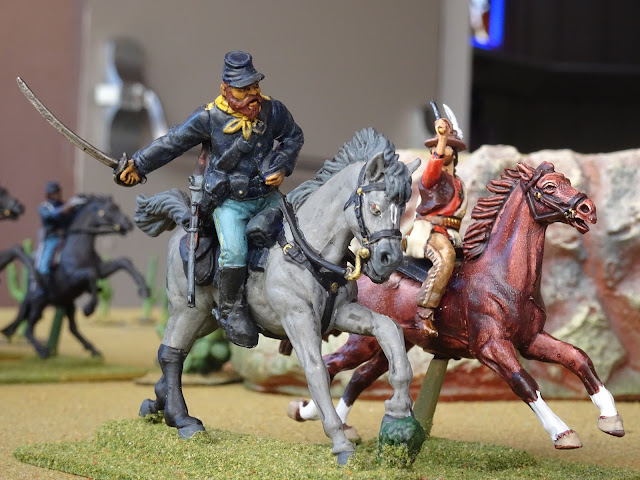 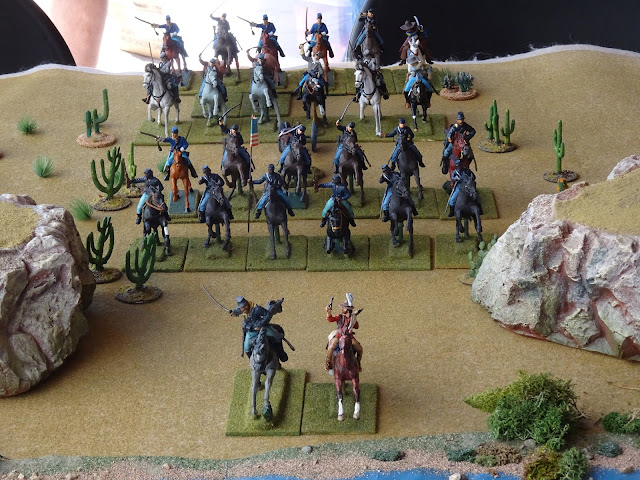 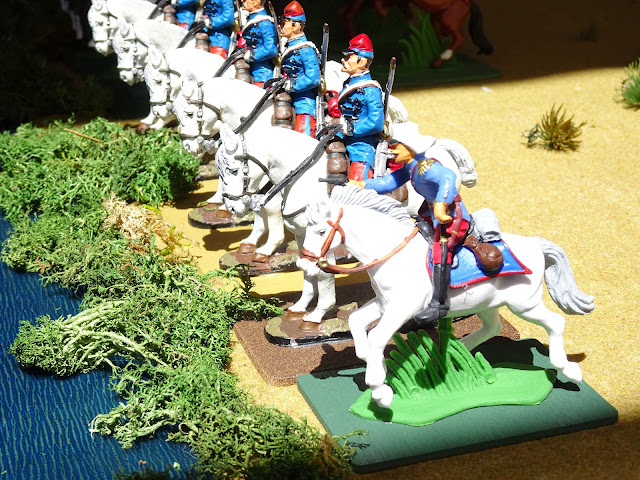 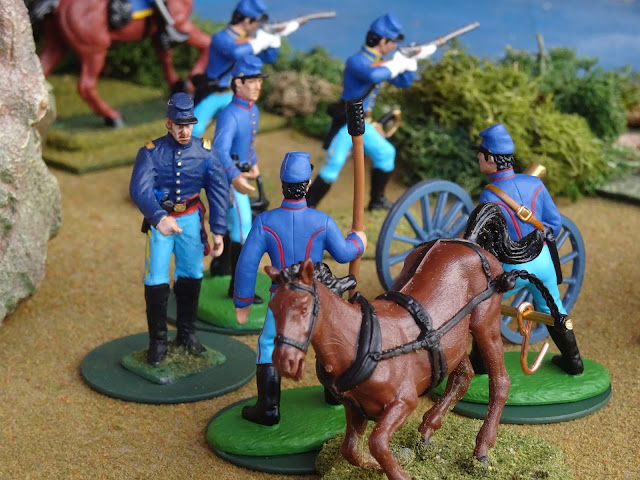 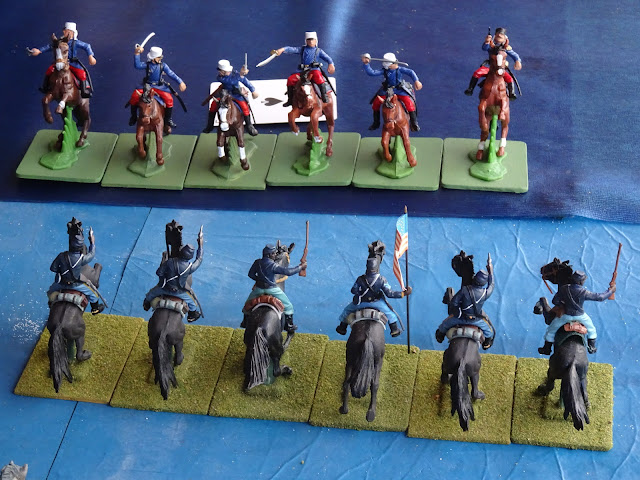 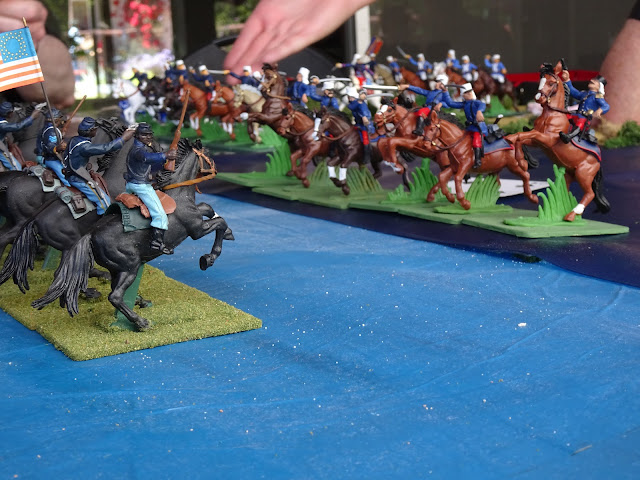 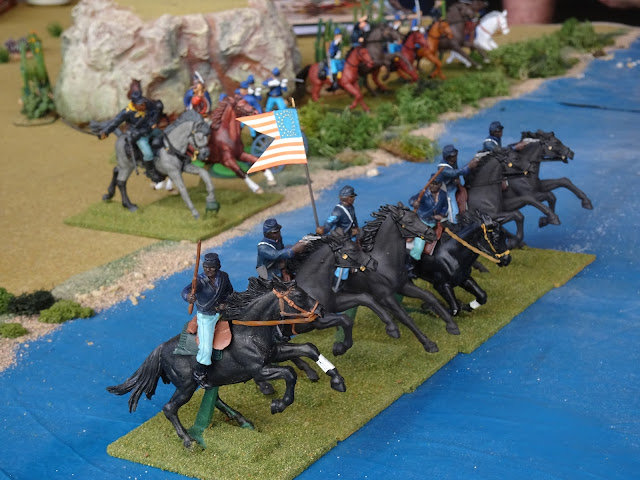 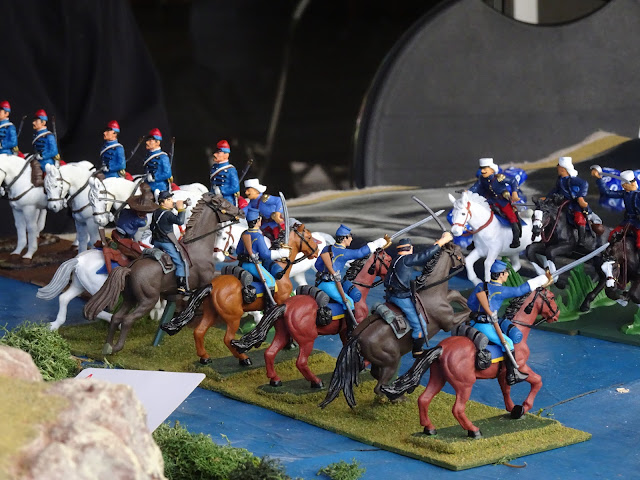 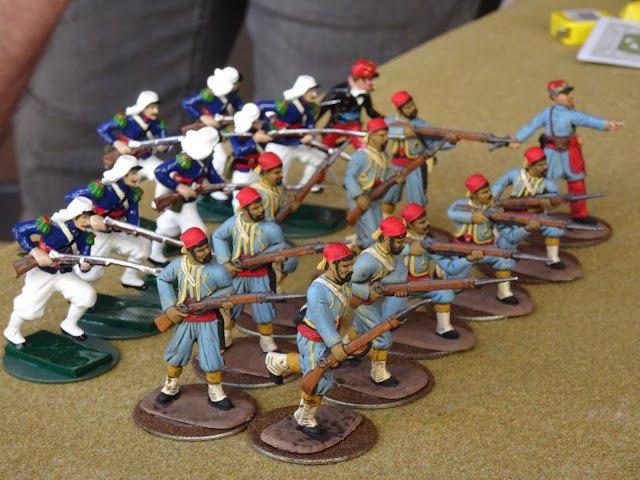 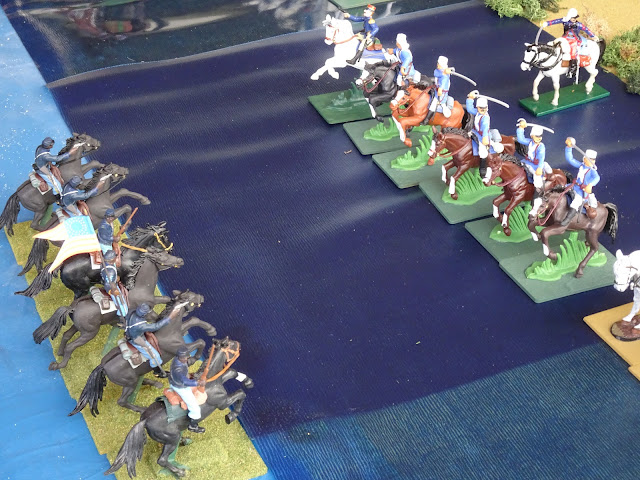 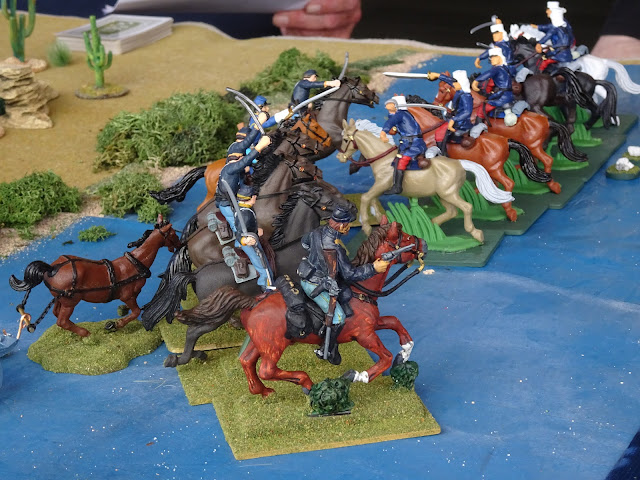 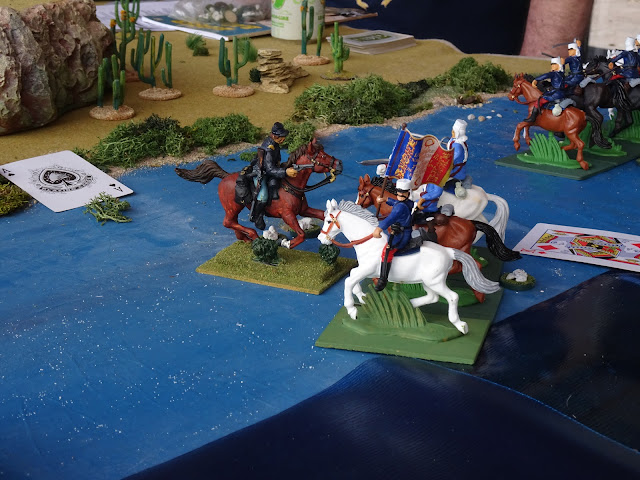