On the weekend I played remotely with an internet friend in Tucson, Arizona and we tried out the Fatehpur scenario from the Colonial Conflicts - The Indian Mutiny scenario book written for The Men Who Would Be King (TMWWBK). I had played the same scenario in the book written for The Sword and the Flame, but like all the scenarios in TMWWBK book, the scenario has been revised and, in my opinion, improved. It was a hard slog for the British, outgunned as they were by three to two guns, one a heavy artillery piece, and the mutinous sepoys holed up in a walled garden and a fortified house. Nevertheless, quality began to tell over quantity and the British artillery soon knocked out the light battery in its path. On the left,the 84th Foot and the HEIC Ferozepur Sikhs advanced steadily on the walled garden and caused a pin which turned into a rout to the sepoys inside. On the right the 78th Highlanders and the Madras Fusiliers easily brushed the 6th Gwalior Native Infantry off the hill to their front and then drove into the native irregulars behind the hill. They only stopped their advance when they drew fire from the sepoys entrenched in the fortified house behind the hill. As the British advanced, the sepoy artillery limbered up and retired, causing a general Mutineer withdrawal. We called the game after five of the ten Rebel units had been routed or destroyed. As you can see, we played the game with 54mm miniatures, which worked perfectly with the small sized units suggested in the scenario book. For those interested, the figures are a mix of W. Britain, Wm. Hocker, Marlborough Star and Trophy of Wales. I highly recommend the scenario book if you are interested in the Indian Mutiny. 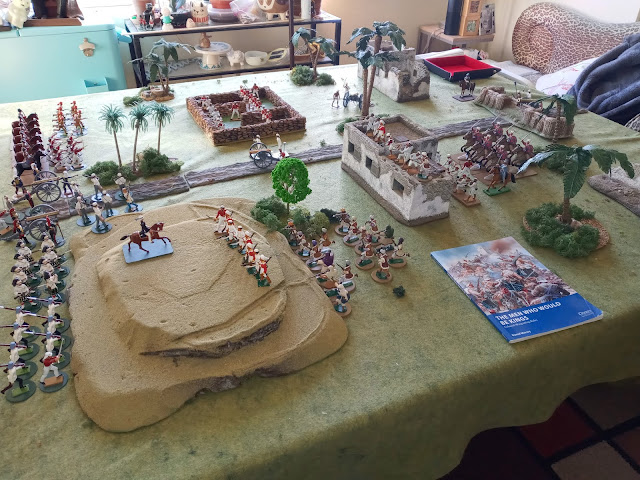 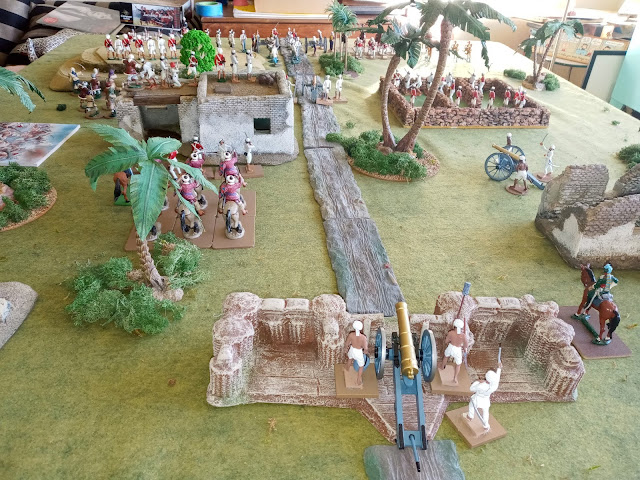 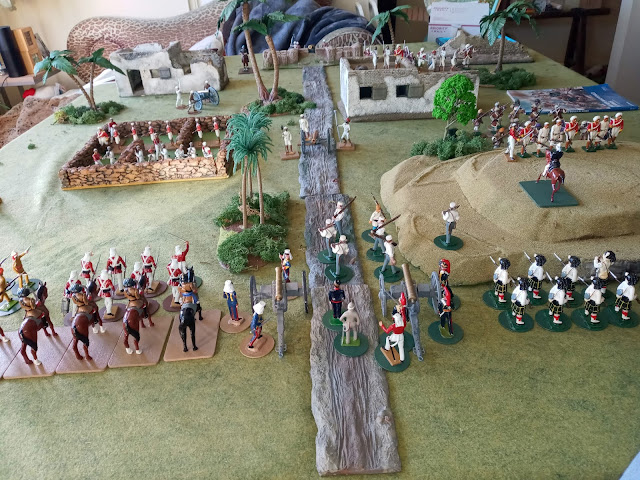 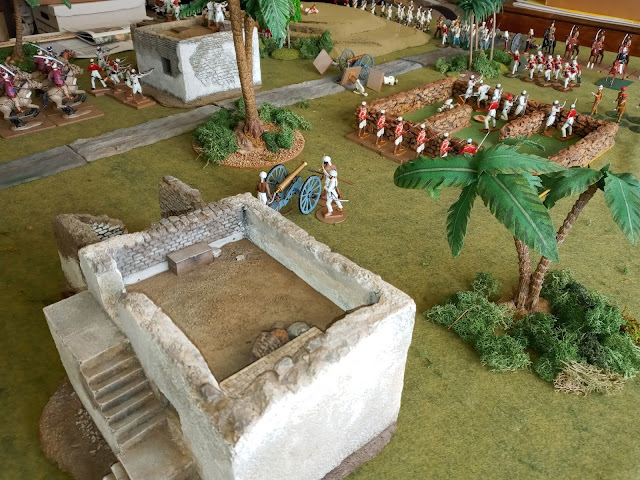 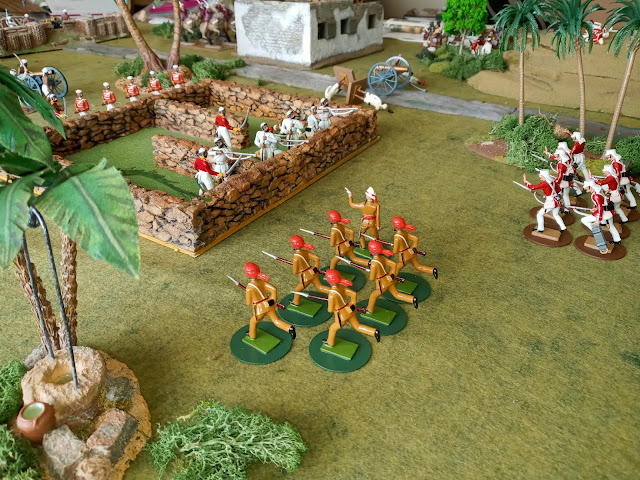 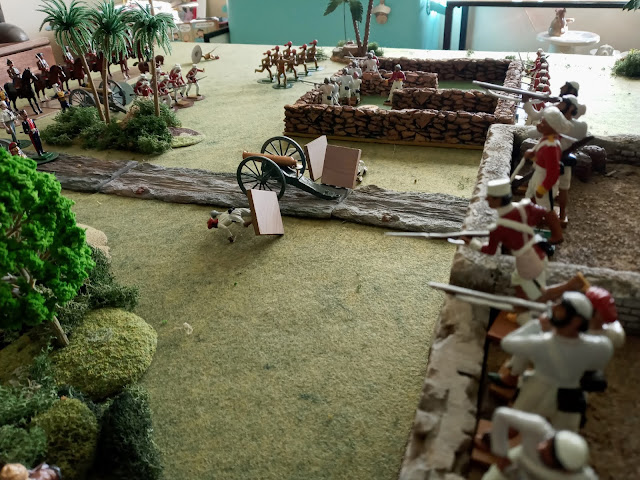 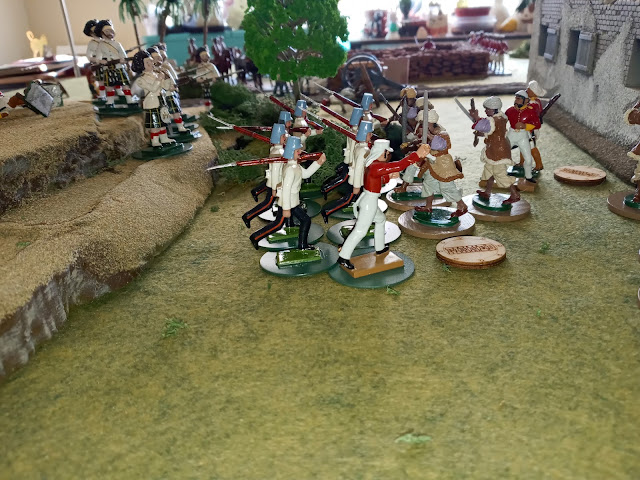 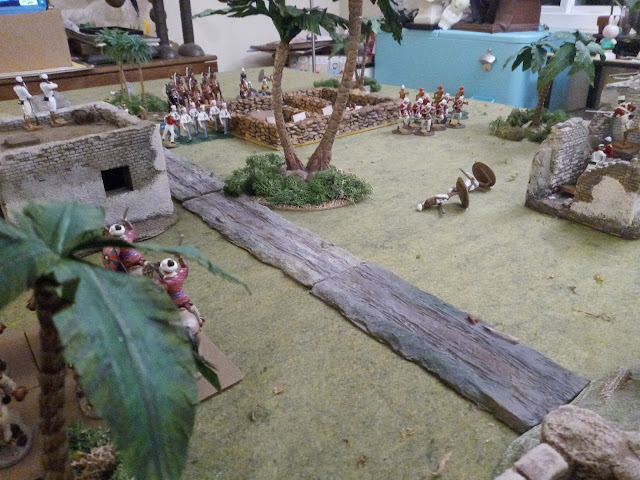 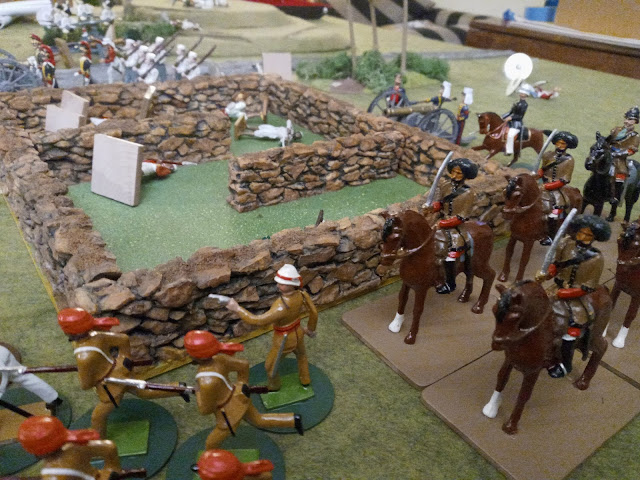 Getting My Jacobites onto the Game Table - Finally!

Sunday, I played my first game of Jacobite Rising published by Compass games. It resembles Commands & Colors Tricorne which covers the AWI, but it is a stand alone game and has its own unique feel. I played the Battle of Falkirk which is broken into two phases; I played the first phase. The game starts with the Government cavalry and the Highland infantry within attack distance of each other. I played the Government side  and I got the first card, so I attacked the Highlanders to my front. The Highlanders held off the attack, pushed back the cavalry and then followed up with a charge - very historical! From then on the Government fought a defensive battle but the outcome was never in doubt. We made a few mistakes in rules interpretations, as one does the first time with a new game. If anything the outcome would have been bloodier and more decisive. I was especially happy to get my Highlanders onto the table after month of painting tartans. The Lowlanders are AWI Minutemen and the mass of Government infantry are AWI redcoats. I plan to gradually replace them with Replicants Culloden British. 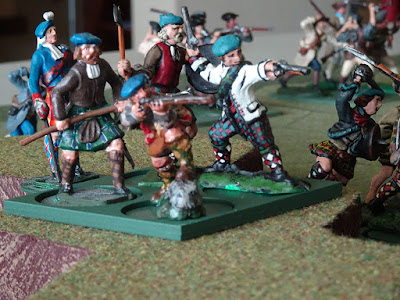 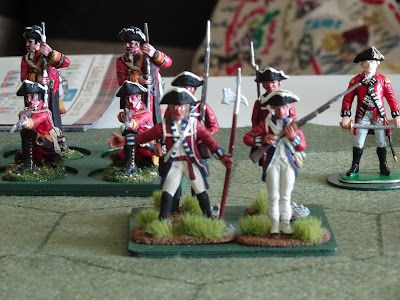 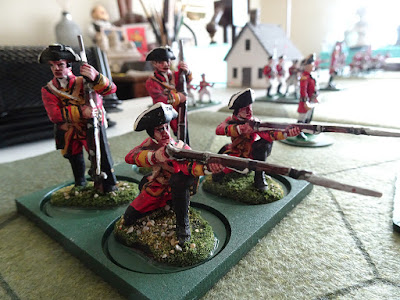 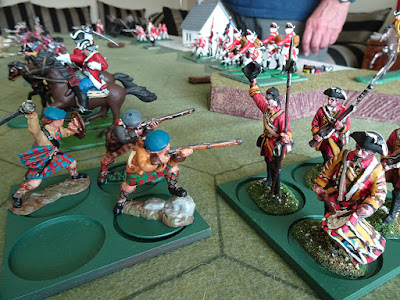 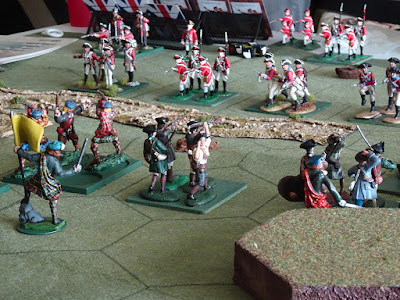 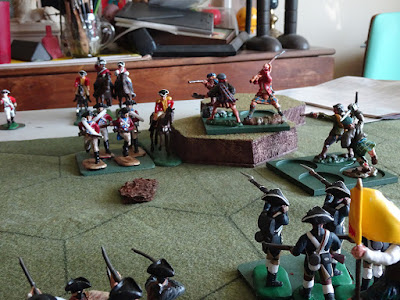 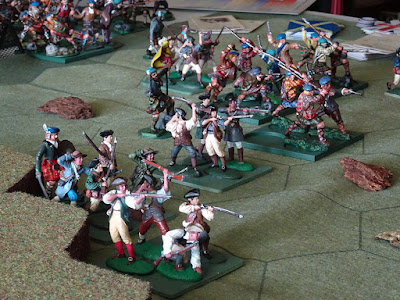 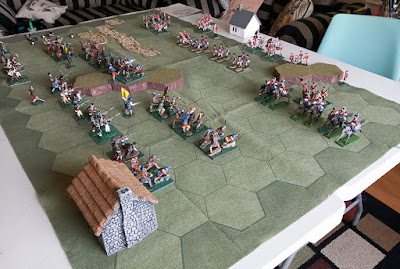 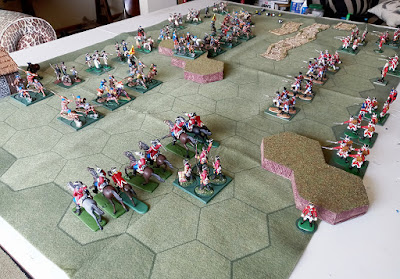 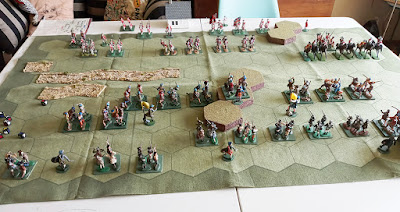 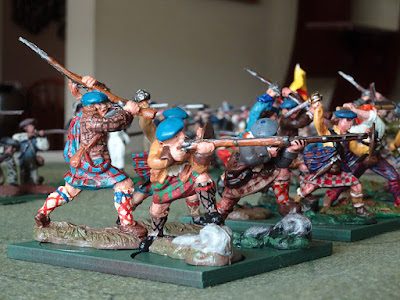 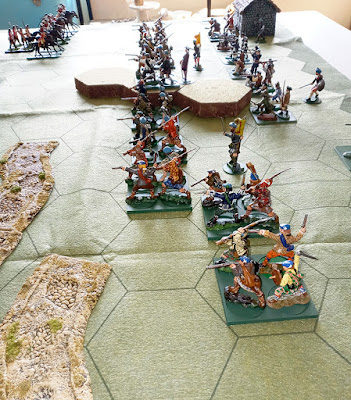