After a troublesome and sad period I can finally work on my toy soldiers again. My big passion is 1812 as you can see below.

The inhuman and humiliating trip back to France, The famine and the freezing cold, events that can not be grasped and the courage of all those soldiers, By great respect I decided to turn my fronts into Winter Landscapes in the times of 1812. A lot of work cost it me, and especially the armies that I had to adjust. I hope I succeeded. Some examples below.

The surviving stumbling back, the endless journey to France (1/72) 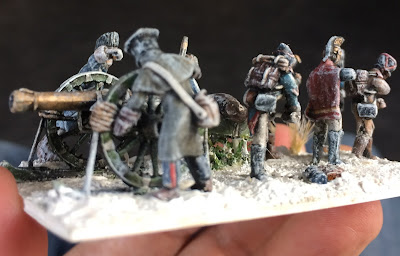 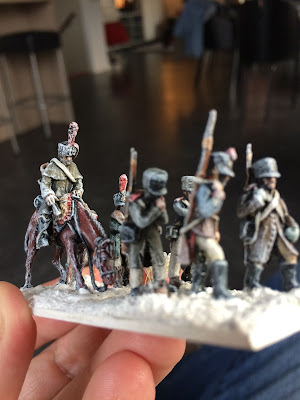 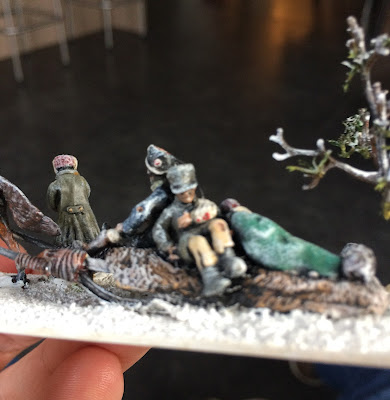 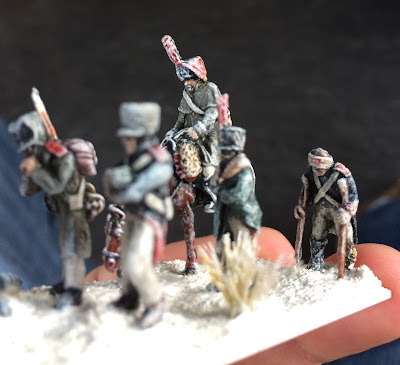 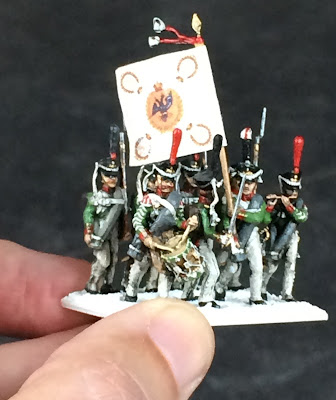 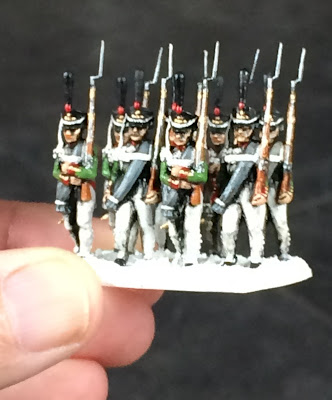 The Battle of Maloyaroslavets 24 October 1812.

One of the most important battles of the Napoleonic wars.
Napoleon started his retreat from Moscou  South to find good winter quarters.
His route was blocked by the Russians in Maloyaroslavets.
The Russians were beaten back, but not conclusively, as they still occupied the hills surrounding the town.  Due to the result Napoleon took the road he came, through a path were all was already plundered, leading to the destruction of the Grande Armée.

There will be hundreds of figures , French Italians Bavarians and of course Russians.
For those who would like to join and haven't answered jet, just give a sign through mail or comment.

I recently ran an Indian Mutiny game using 54mm miniatures at my local club. I began collecting Indian Mutiny miniatures five years ago with a view to playing small skirmish games. Now I have over 100 figures per side, representing (I believe) almost all of the makers of Indian Mutiny figures, past and present. They are almost all metals. I used The Men Who Would Be Kings rules from Osprey which are my current favorite colonial rules. I tasked the British players with taking the Mutineer side of the town or breaking half the Mutineer units by the end of twelve turns. Otherwise, it's too easy for the British to stand back and blast away at the Mutineers with their superior, longer range weapons. It was a very close game, with the British routing seven out of thirteen Mutineer units on turn twelve. They only lost two of their ten units, but they were down to one or two men in three of their units.

I would like to also try the colonial variant of  About Napoleon. Is it available as a download? 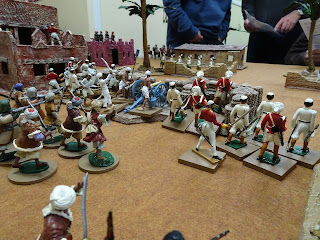 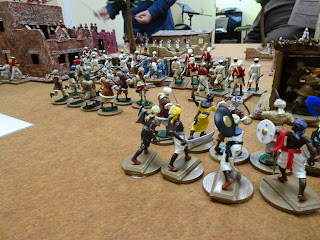 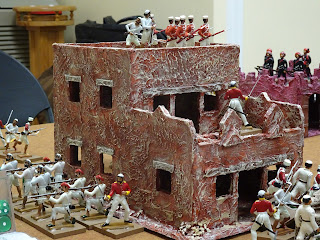 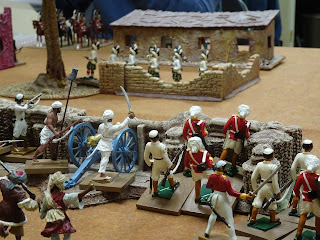 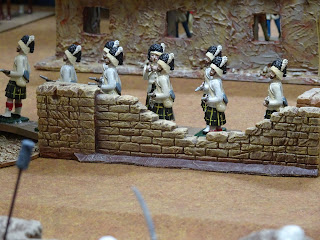 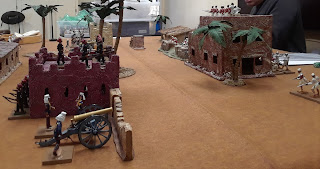 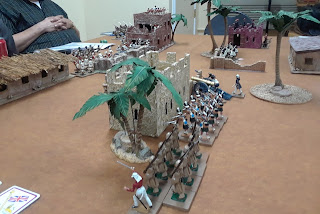 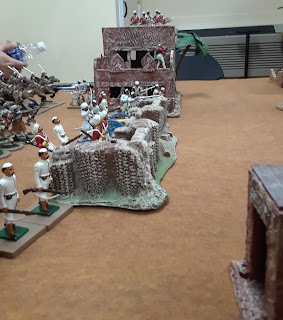 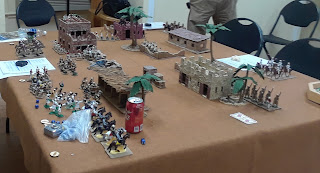 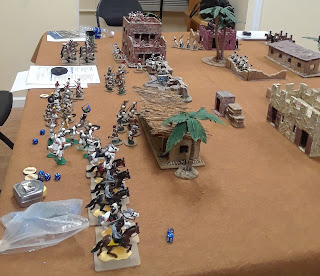 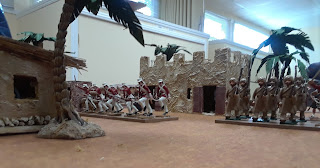 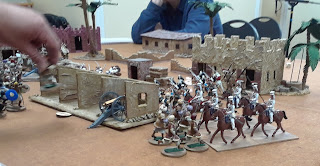