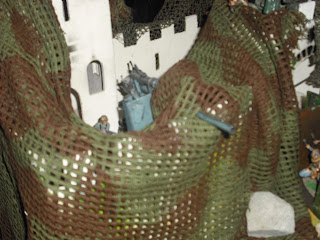 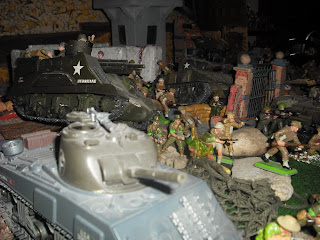 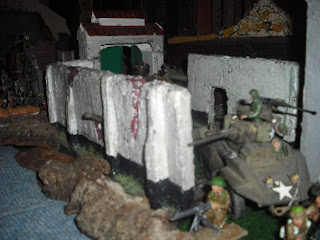 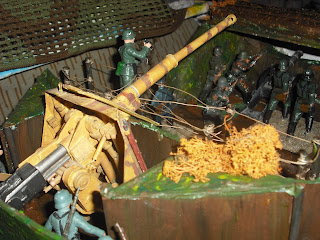 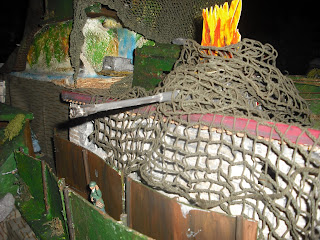 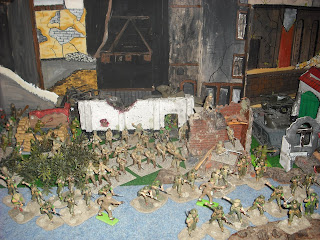 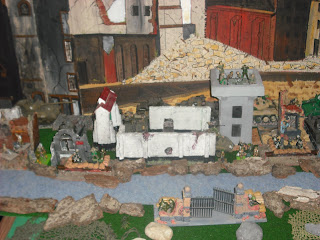 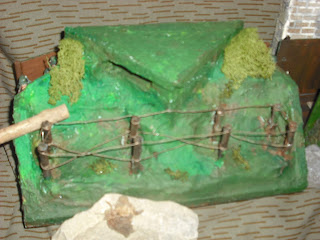 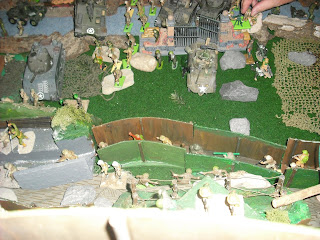 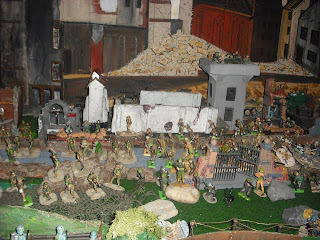 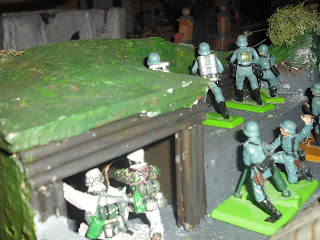 While researching the disastrous Dieppe raid, I read about the only successful element of Operation Jubilee, a commando raid that took out a German coastal battery west of the Dieppe. I played a game based on the raid this past weekend. We used the popular Bolt action rules. I should say popular with some, but not all. The players with a deep knowledge of WW2 facts, like armor thicknesses, felt it was too generic: "Warhammer for WW2", it provided four of us with a fast moving, exciting game. As historically, the British Commandos began their attack in the hour before dawn, so we employed the night fighting spotting rules, which allowed the Commandos to sneak up to the wire surrounding the battery. The Commandos were rated Veterans, while the German artillerymen were rated Inexperienced, so it was hardly a fair fight, although being on the defensive, helped the Germans' staying power. 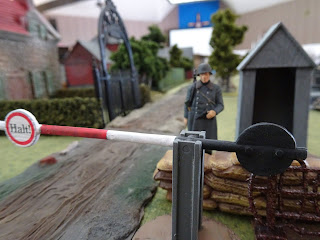 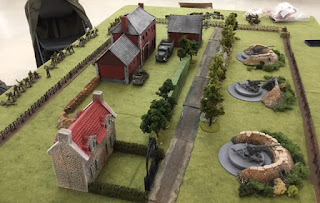 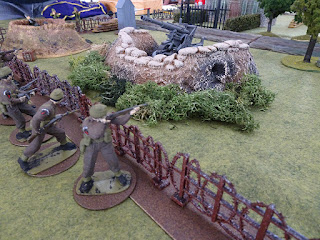 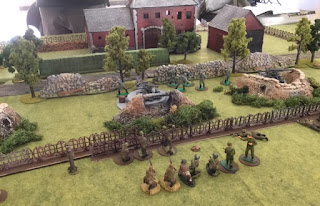 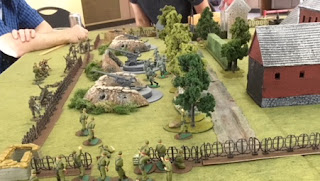 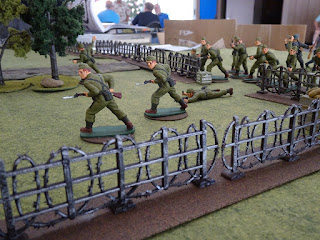