My friend Alan took these photos with his digital camera. They came out much better than the ones I took with my phone. He also was able to take photos throughout the game, while I only took them at the beginning and end. Enjoy! 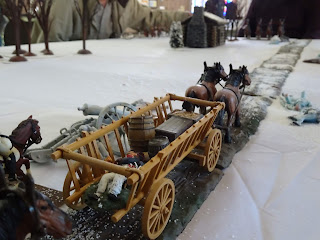 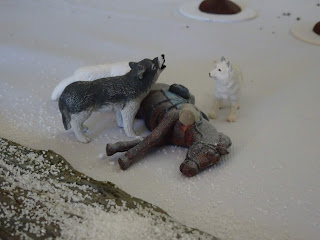 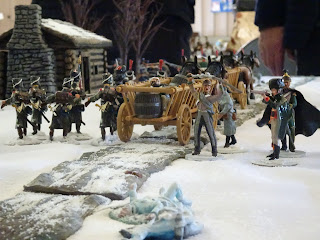 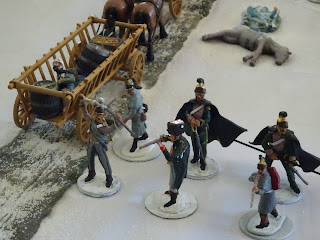 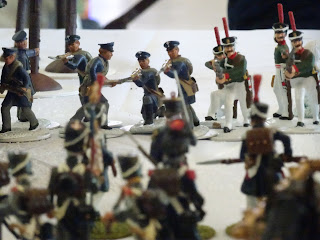 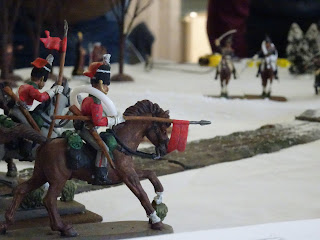 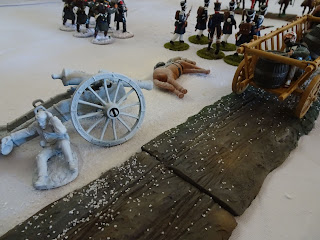 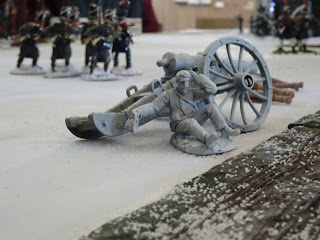 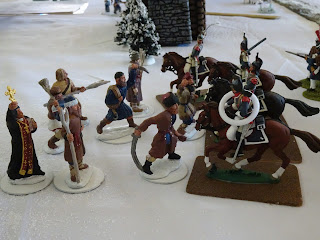 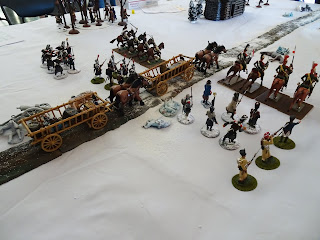 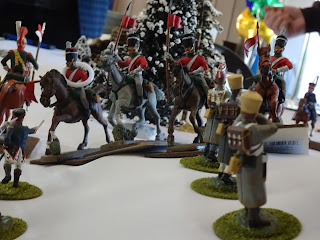 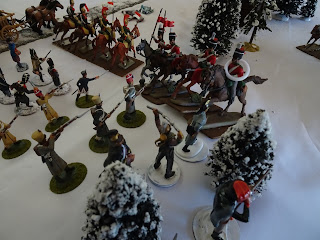 Retreat From Moscow Game in 54mm

I ran a French retreat from Moscow game at my local club last weekend. I was inspired by Conrad Kinch's article in the November issue of Miniature Wargames magazine called: The Weather Outside is Frightful. Due to my slow painting speed and, even with help from a friend who painted two Russian units, I was only able to field 6 figure foot and 4 figure mounted units, half the recommended size for the rules I used, which were The Men Who Would Be Kings. The small, brittle units made for a fast, deadly game and we were able to play ten moves in two hours. The object of the game was for the French to cross the table with their two wagon loads of wounded, supplies and loot. The French force consisted of two units of cavalry, two units of Guard (Old and Young), one unit of line infantry, one unit of dismounted cavalry and a headquarters unit that included a Cantinière and Marshal Ney. The Russian force consisted of two units of mounted Cossacks, one unit of foot Cossacks, one unit of Partisans, one unit of Jaegers, one unit of Militia and one unit of Grenadiers. Since the Russians were short one mounted unit, they were allowed to recycle one unit of mounted Cossacks after it was destroyed. The Russians were deployed using a randomized dice roll, which had surprising results.

With the small sized units, the game resembled a game of chess with a unit only surviving a short time once it attacked the enemy. The French were able to make it only 2/3 of the way across the table before coming up against a blocking force of all three regular Russian foot units which stopped their progress.

I plan to add more figures to bring the number of figures for each foot unit up to nine and cavalry up to six. I might try it again using "About Bonaparte" even though it is really a skirmish game. 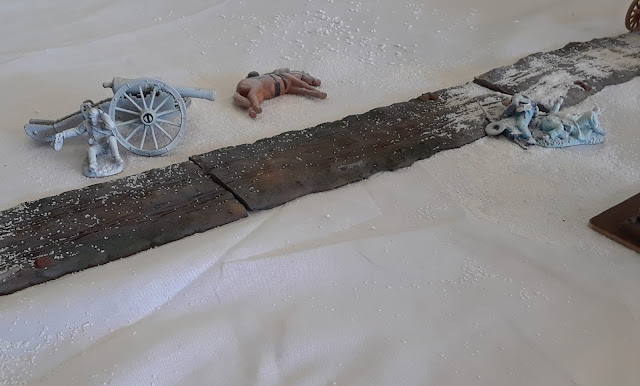 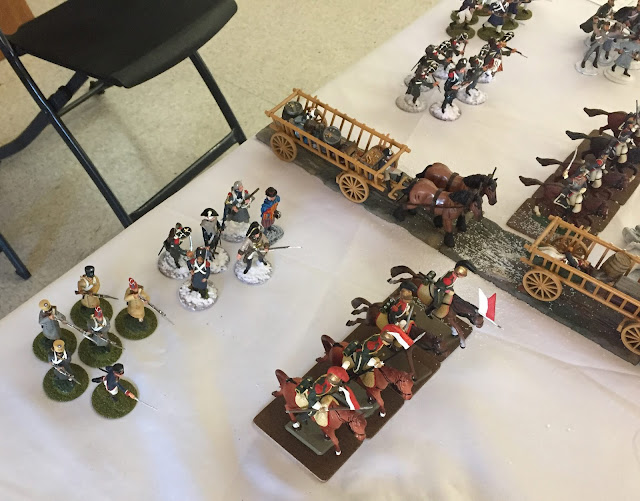 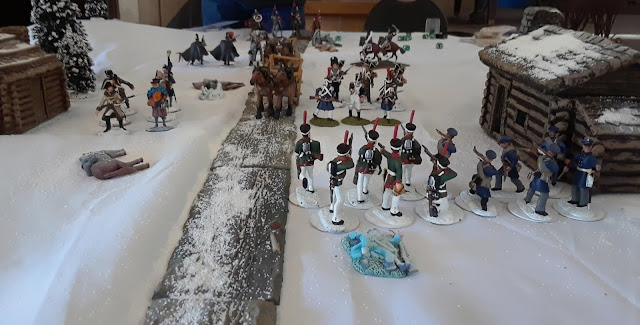 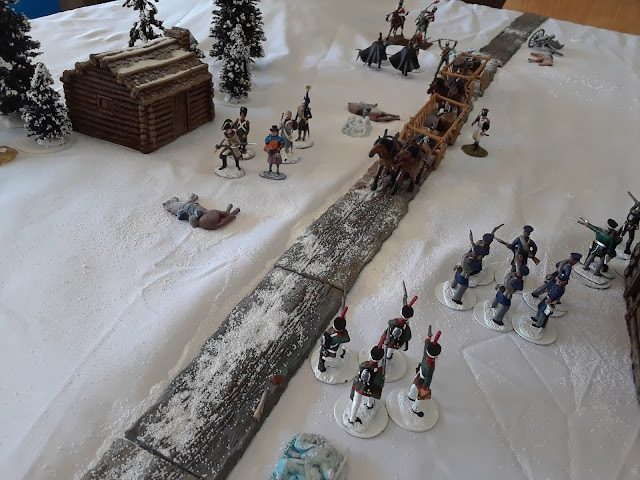