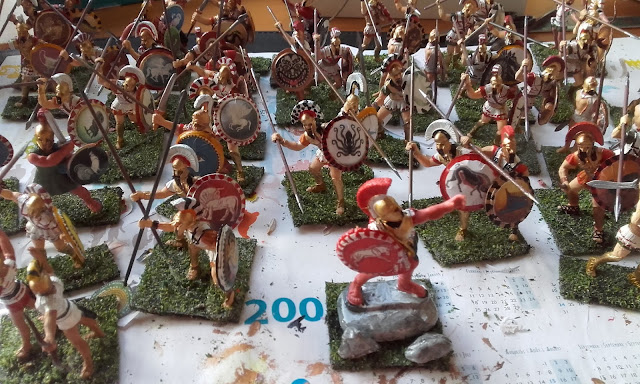 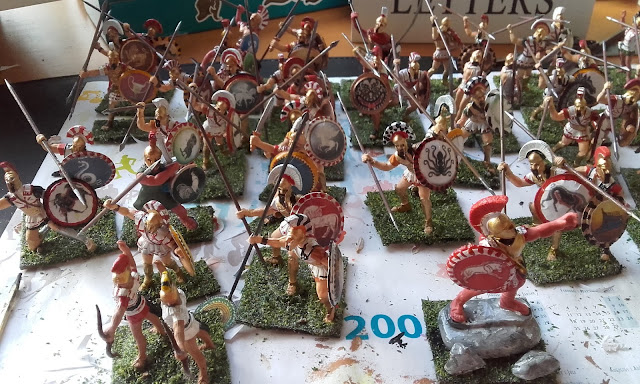 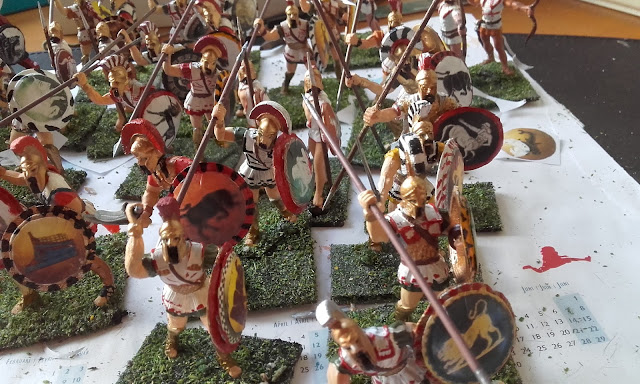 Cross posted on Facebook. To celebrate my buddy Alan's birthday I hosted a Fistful of Lead (FfoL) game based on the shoot out in the deserted town from The Good, the Bad and the Ugly. It's his favorite movie. (FfoL) has become my favorite set of rules for man to man skirmish games. It's simple and fast playing and uses a regular deck of playing cards for activation. Since I didn't have the appropriate figures for Blondie and Tuco I used The Man with No Name figure from Austin Miniatures and Calvera from Steve Weston. All the bad guys are Austin Miniatures as well. I gave the two "good" guys outrageous advantages; D12 dice, plus they got to pick from the best of three cards each and they each had three tokens with which they could demand a re-roll. To simulate the random artillery barrage, I stuck in three Jokers and whenever one came up we rolled two dice for random placement. The dice seemed to favor one quadrant and especially one house which got four hits. As luck would have it, the last hit was right on top of Blondie as he advanced down the street, but he was about to shake off the hit with one of his tokens. Altogether the duo took out six bad guys firing from cover. True to the movie, whenever they died, they fell to the ground, preferably from a great height. My buddy had a really good time and I have posted some of his photos of the game. 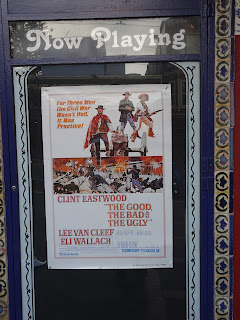 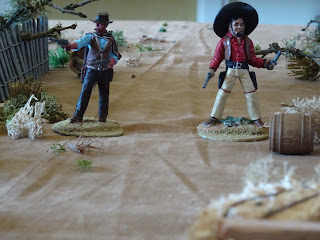 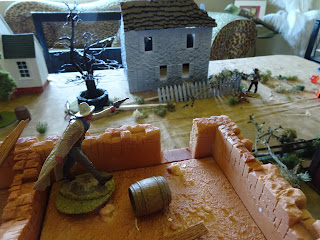 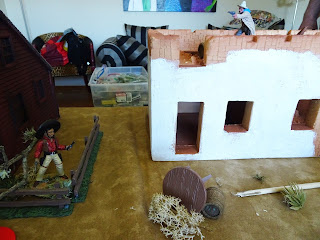 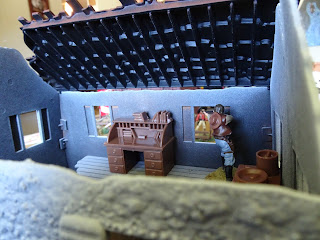 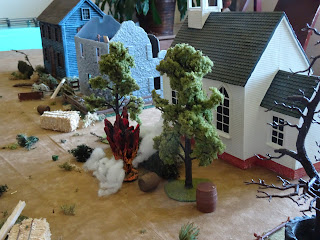 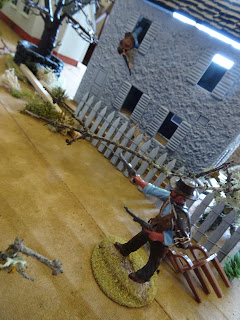 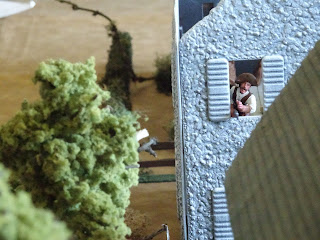 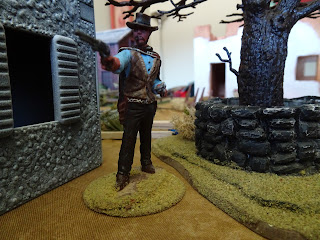 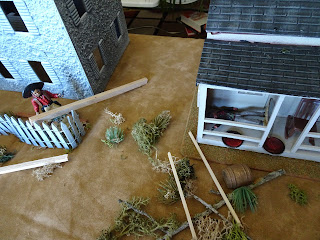 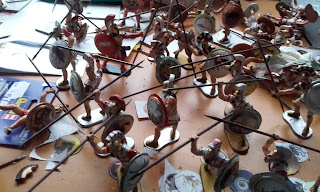 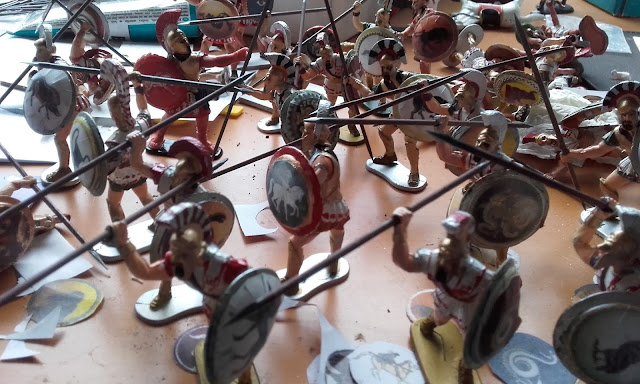 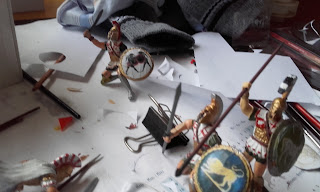 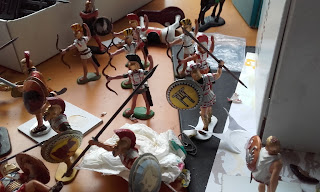 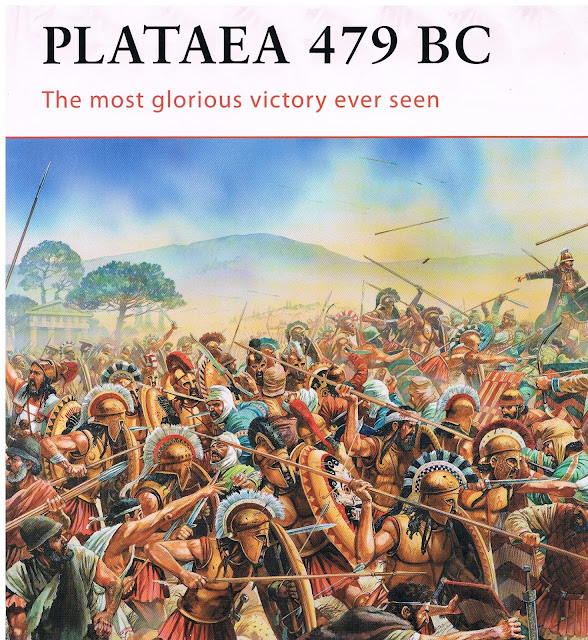 Illustration from Osprey Book on the subject. Highly recommended!

Part of the figures were already in a previous post:
https://pmcd-mobilisatie.blogspot.be/2017/04/painting-expeditionary-force-54mm.html