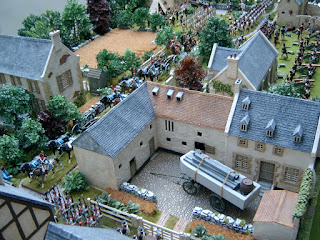 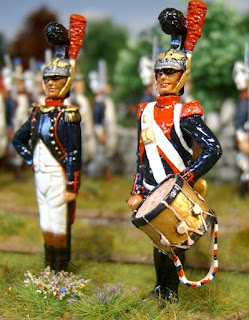 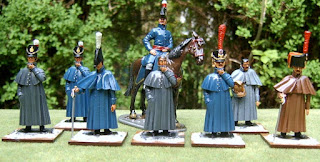 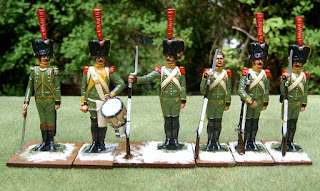 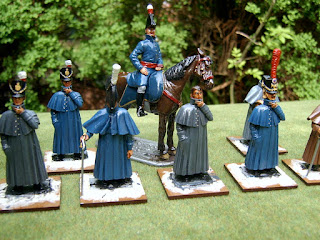 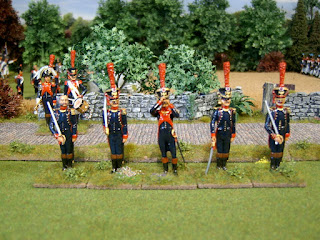 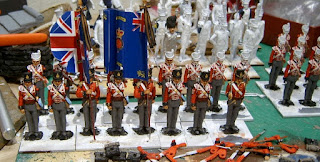 My wives' godchild, Matthis, is interested by toy soldiers

In 2013 for is Sinterklaas (December 6th) , with the help of my father in law (he did most the woodwork), I made him a castle and painted some knights. 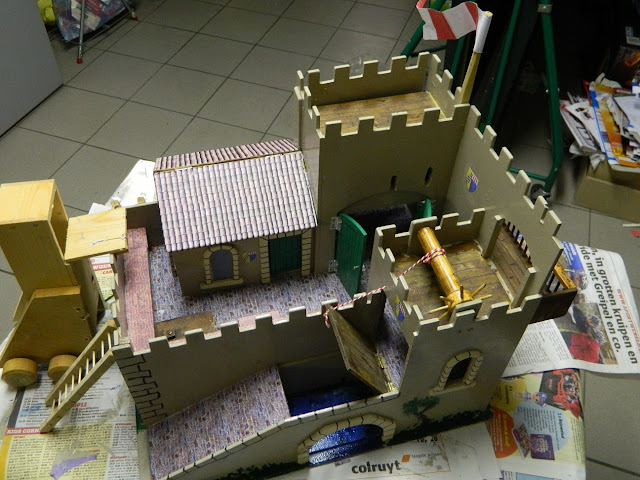 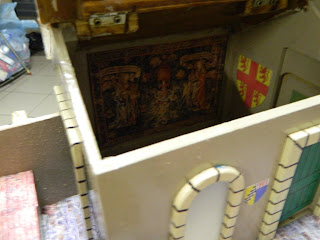 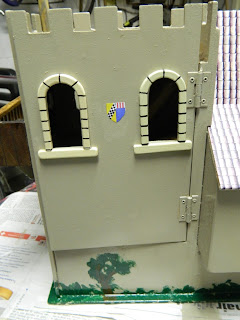 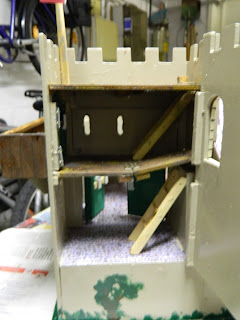 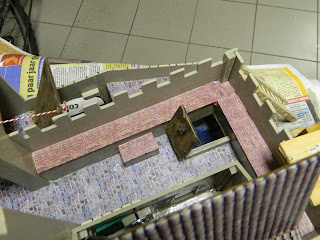 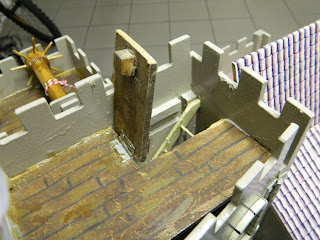 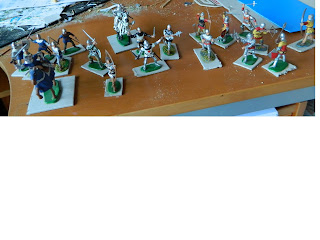 Matthis recently said he would like some figures shooting with guns.
Had some unpainted WW2 Brittish and Germans, so started a new project for the boy, a 2nd unforgetable Sinterklaas. WW2 - North Africa. 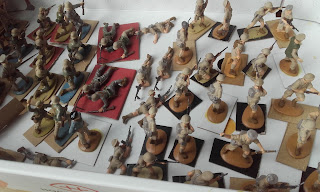 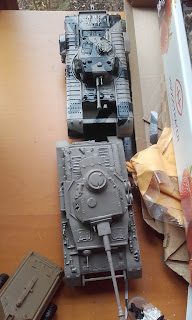 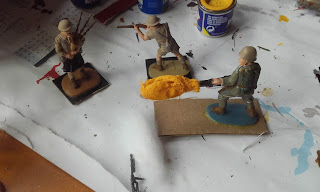 Project 3: the Ottoman Army of the Napoleonic Wars: "Engineer Basevich"

I came across these marvelous  figures of  "Engineer Basevich" and couldn't resist them to boost my 1/32 Ottoman army for a new campaign. 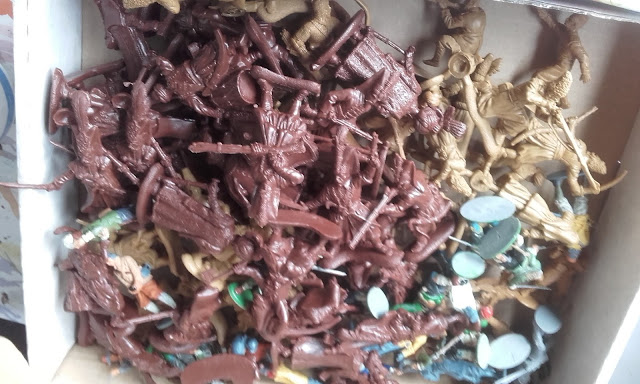 In 2012, we did a fictional Russo-Ottoman campaign. Hereunder  some pics (and link) of the Ottomans force, and final battle. 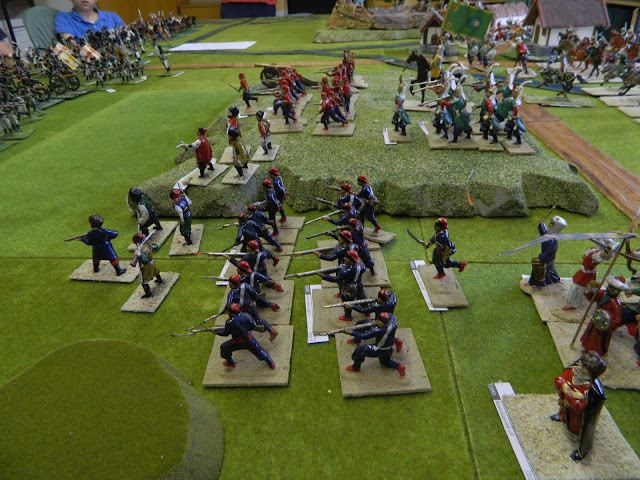 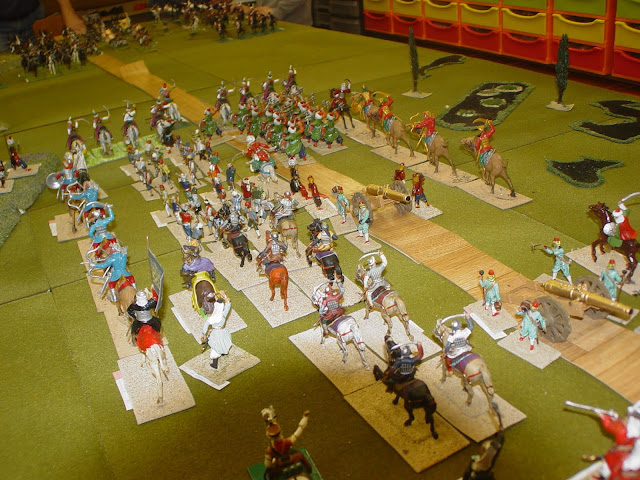 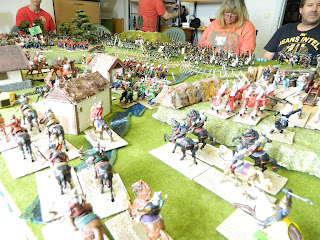 Link to the Youtube posting of the final battle:
https://youtu.be/TAvvfUgH5rk

As I did paint a number of testshots for Hät in the past, I received a new oportunity for the 7YW Austrians. 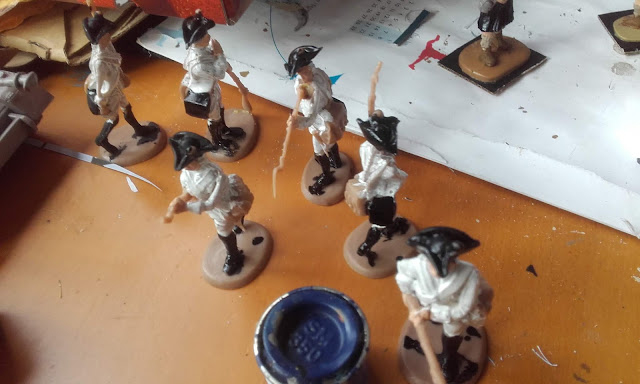 20 Years ago, a cycling board  game I designed  ( "Cyclo - The game"®)was publised by a small publisher , thanks to the sponsor I found: Daikin Europe.  I was trilled by the oportunity  Daikin gave me,  but less happy with what the publisher did. OK, the design  adaptation towards plates to define the outlook of the race was a change I accepted, but the change in the rules was without my consent. As the rulebook was made in 6 languages, the publisher had made modifications to shorten the text, so also the number of pages, limiting the costs. It was no longer the ulimate cycling board game I had in mind. 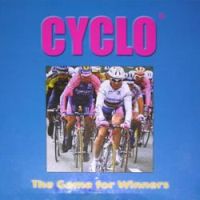 A few years later, "Lotto" also sponsored for a number of sets. 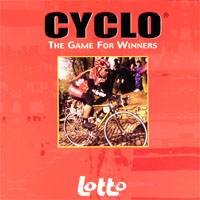 A few years ago, I found a french site that did sell 1/32 cycling figures, with a modern outlook.

It revived my intrest in Cyclo, and I decided to modernise the game.

The intention of my project is to make a printable game:  rules, track, banners, cyclist, all printable in pdf. tracks, banners and cyclists can then be cut out and glued on cardboard. Only the dice should be purchased separately. A year ago, I was ready  with track, banners, and had purchased  the plastic cyclists. 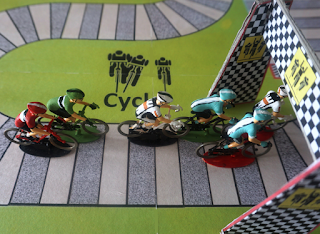 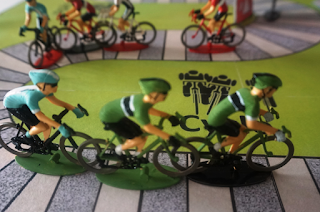 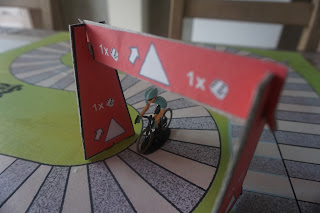 As also I am now at home for the next few months (heath problem), I started with the final stage of the project: printable cyclists, some final modifications to the rule and the banners.

Maybe, I will present the game to a new publisher, but it is very hard to get a game published, so hope is limited. So possibly, I  will just offer it online. 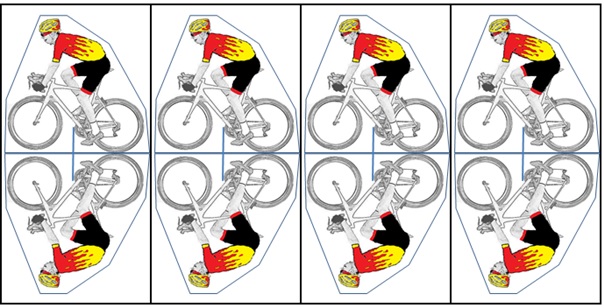