Several years ago I sold my large 28mm Indian Mutiny collection. After more than twenty years of collecting figures for the period, I was dissatisfied with all my attempts at re-fighting the battles of the war. If you play historically, the mutineers are at such a disadvantage with their weapons and their lack of command and control that it's not much fun for the mutineer player(s). So I decided to concentrate on skirmish games with my 54mm figures. Then I bought the Indian Mutiny scenario book published by Colonial Conflicts. The scenarios are designed for use with The Sword and the Flame (TSATF) with rules variants for the period, but like the other books in the series, including the Zulu War, Sikh War, Boxer Rebellion, French Intervention in Mexico, etc. the scenarios work well with other rules as well. The books also use the small unit option for TSATF, which calls for eight figure infantry instead of twenty and six figure cavalry units instead of twelve. This was perfect for my 54mm collection which, due to space and expense demanded small sized units. My wargaming buddy and I played the Fatehpur scenario and it was surprisingly well balanced. In fact, my British force was defeated after my single cavalry unit failed its Stand and Fight dice roll and routed off the table. I highly recommend the scenario book to anyone who is interested in the Indian Mutiny, regardless of which rules they play. 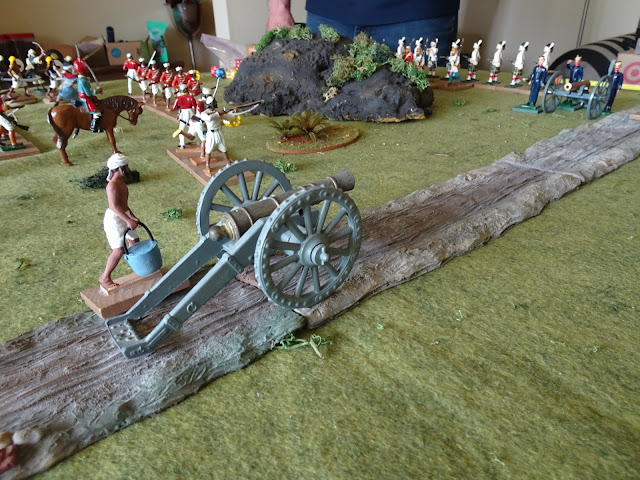 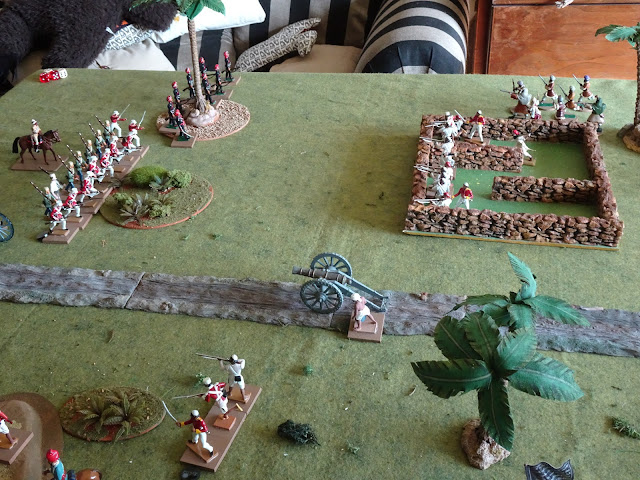 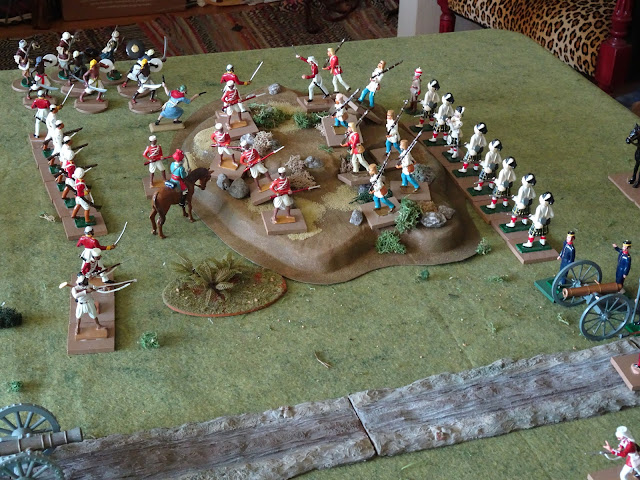 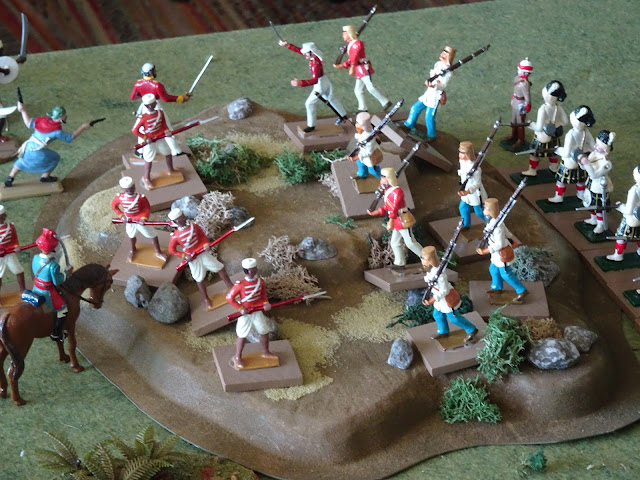 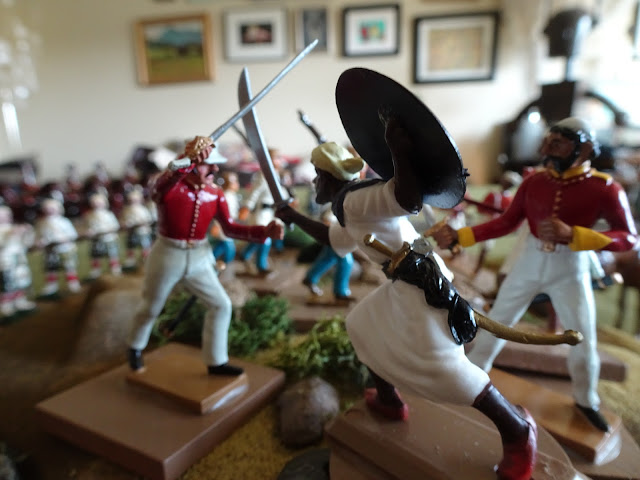 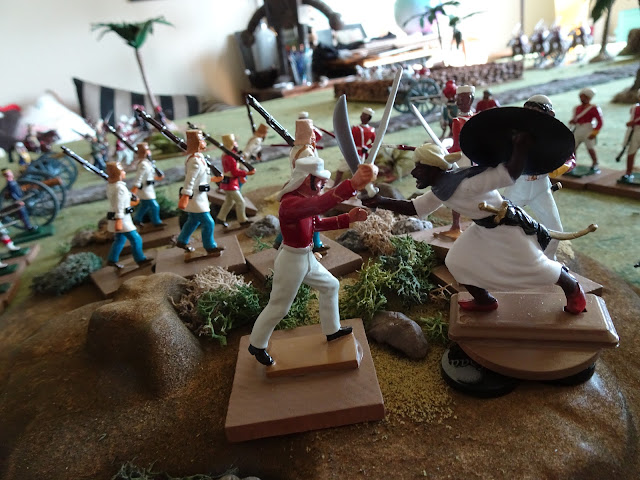 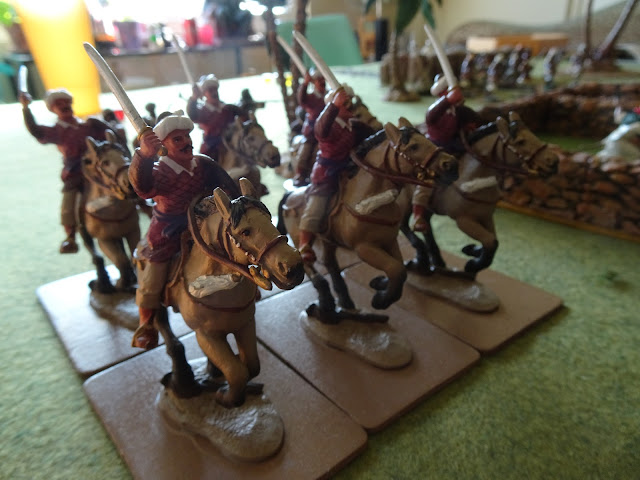 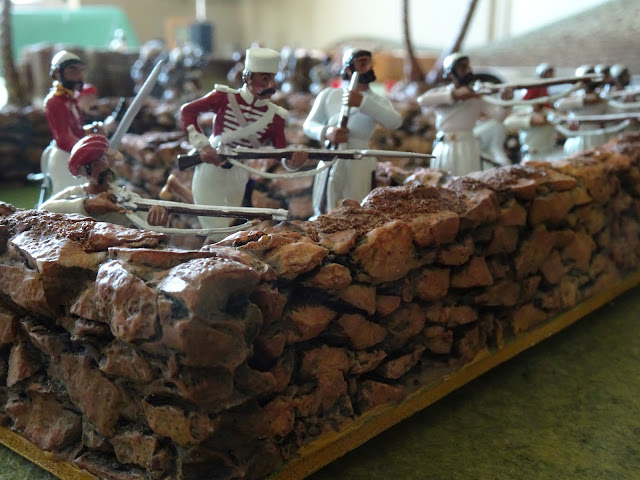 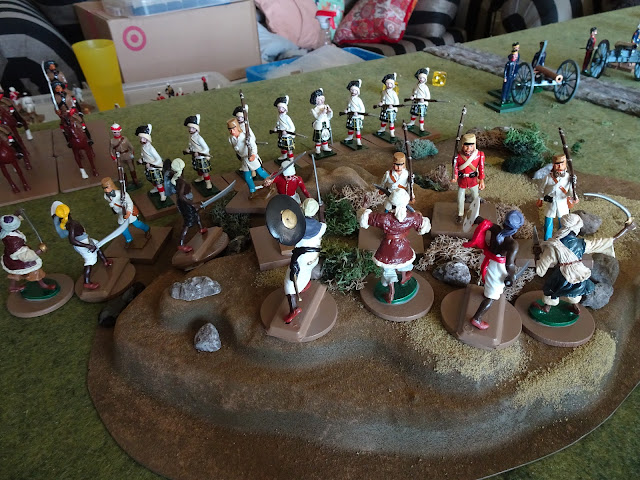 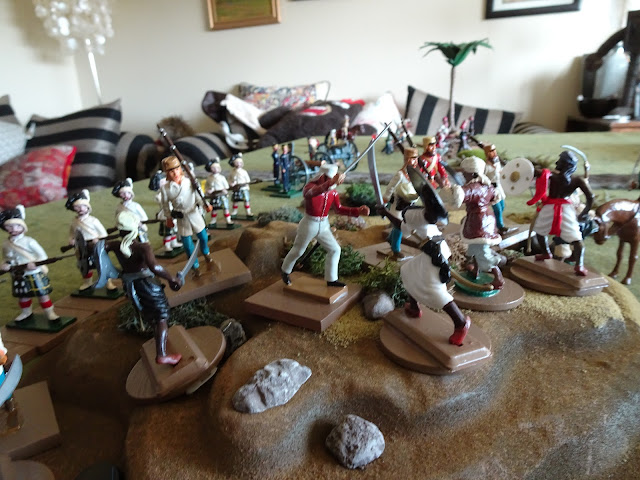 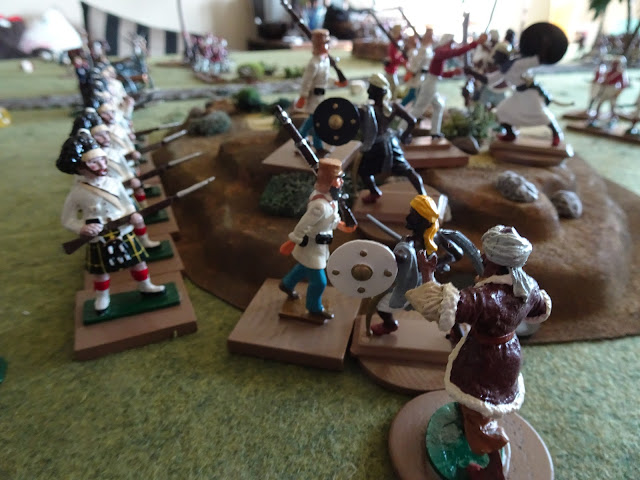 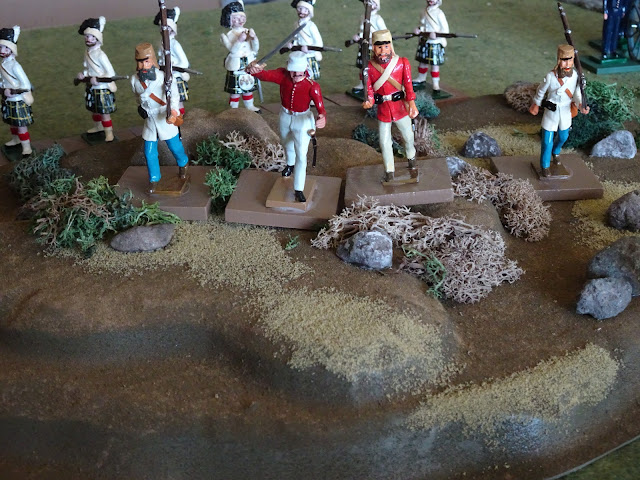 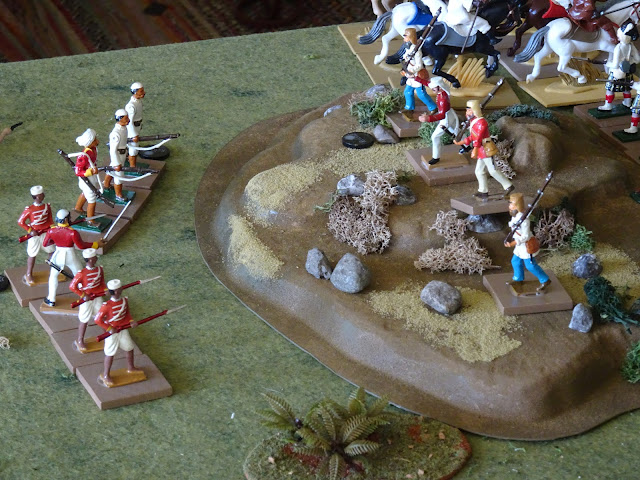 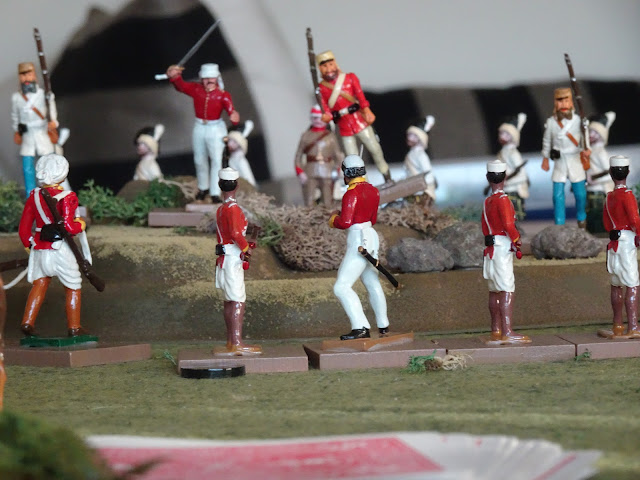 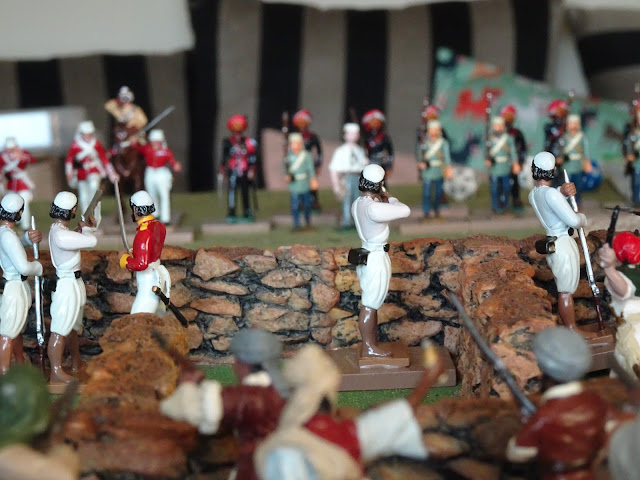 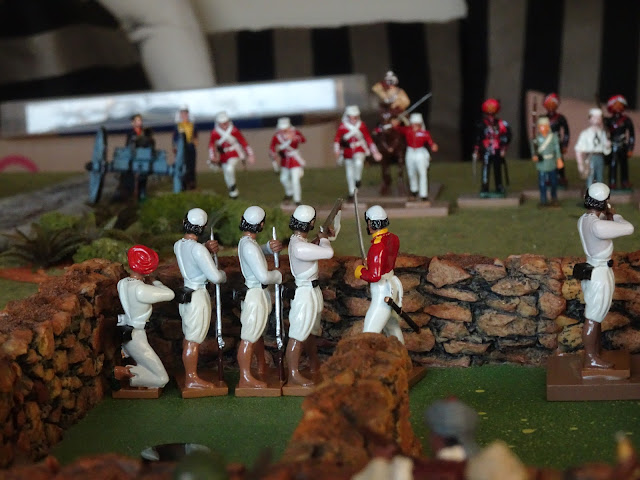 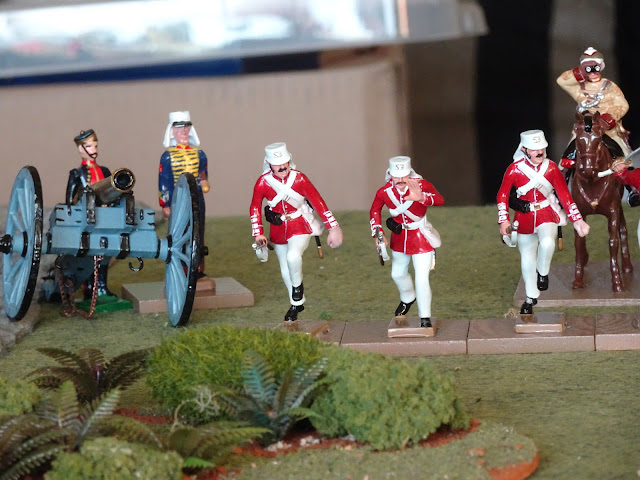 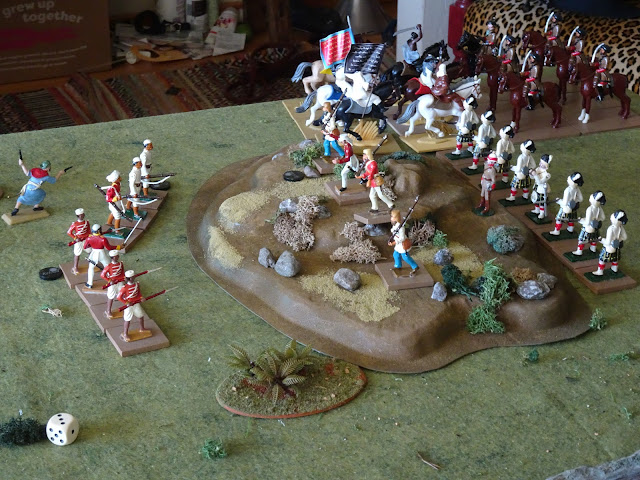 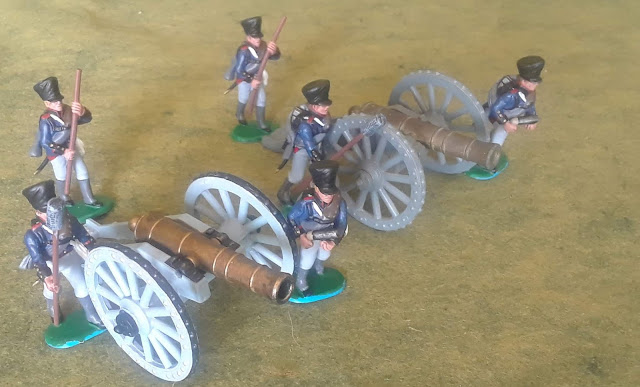 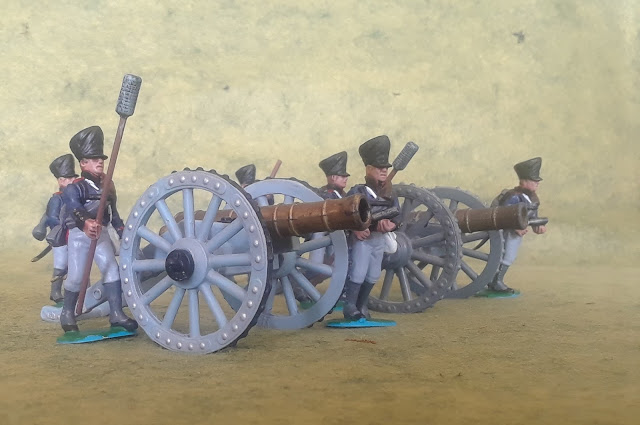 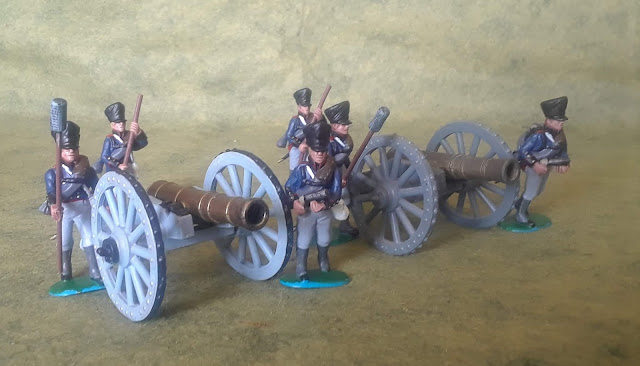 I converted these from the HaT Prussian Command set. I see now that I should have spent more time on the hands. I wish HaT had completed the 1/32 Prussian Napoleonic collection. And how about some cavalry?!
Posted by Nick at 16:05 1 comment: