In the second game, Siegfried, now British, had learned from the first game, and had concentrated all his firepower on the flank, where the Zulu had to cross  a large open space, and but the chariot with ammo just behind. Also on the left flank, Steven had put more soldiers in the uphill village. 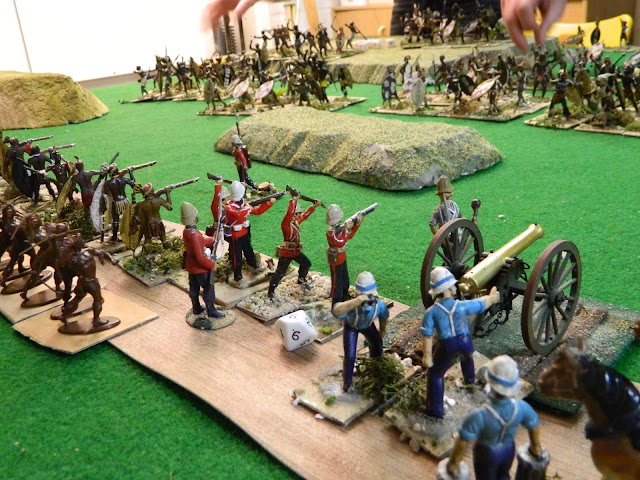 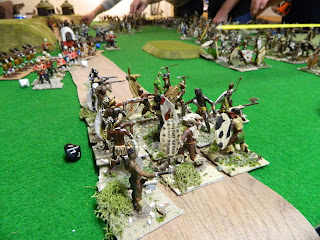 A totally different game, my first Zulu unit , due to concentrated long distance fire lost more than halve of its figures.  in one firing turn. I diverted mu to right units to advance using cover of a hill and to waited there until the enter had catched up. When I let them brake cover, I also launched forward the remains of my third unit, that by now also had suffered badly but still over halve. 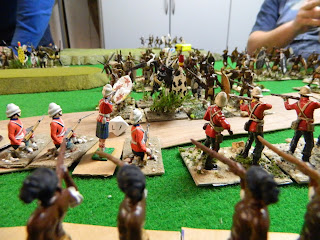 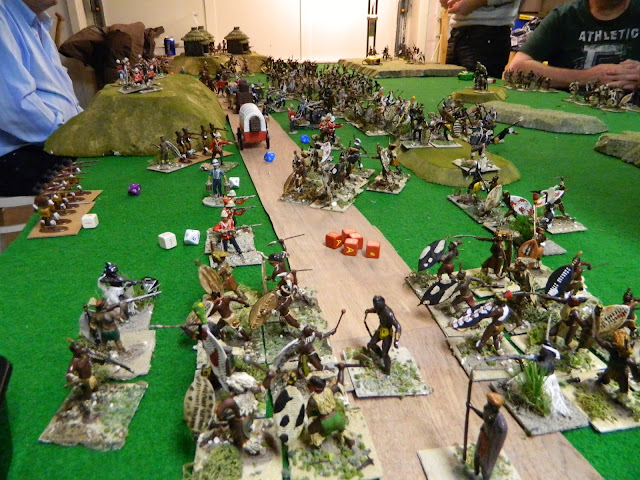 Siegfried didn't change his facing, concentrating on the advancing 3th unit.   Patricks’ force overran the NNC in the middle and turned right, reinforcing my remaining 2 units. The 6 units were already close, the Brits having not enough time to make their firepower be telling. 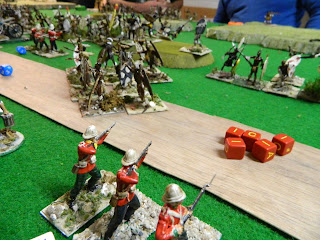 A fun game, but a bit too much unbalanced. Maybe letting the gun and Gatling also fire twice each turn would certainly give the British more firepower to stop the Zulu. 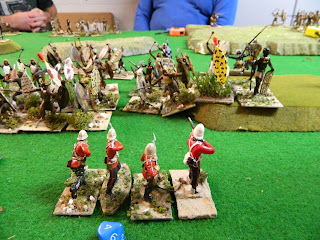 On the left flank, Stevens force in the village held out very long, but , separated from their supply reserve, soon were out of ammo , doomed. 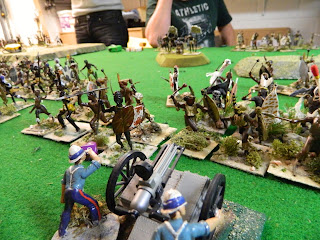 Maybe one or two additional British units would bring the odds even. Not too much, as Siegfried proved the concentrated line being too strong.

As in reality, the technological improvement made massive column attacks obsolete. A lesson that was not learned by Germany and France at the start of WWI. 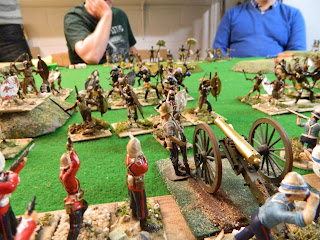 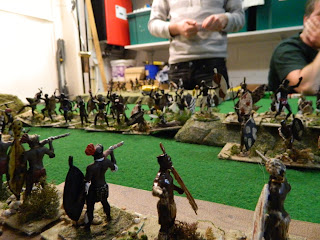 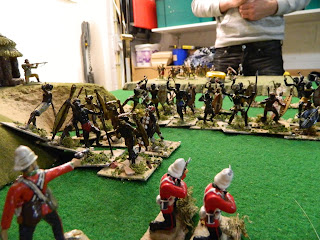 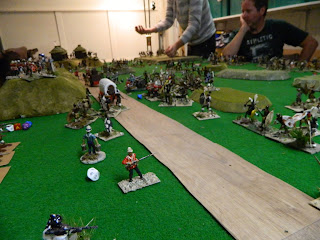 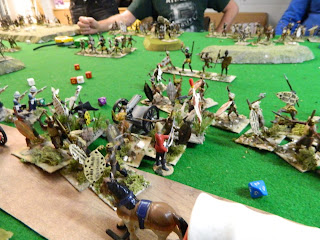 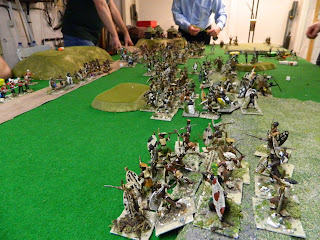 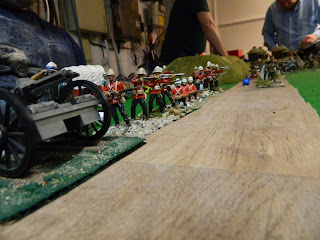 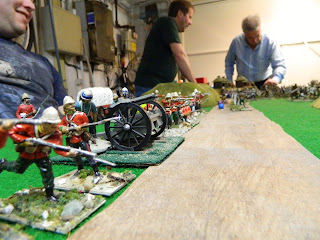 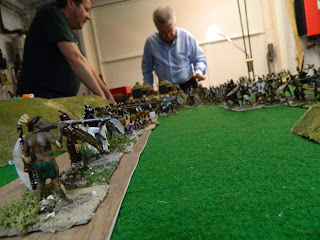 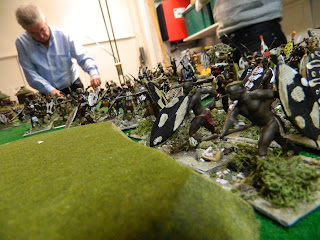 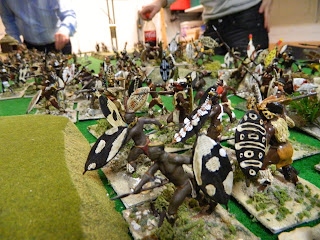 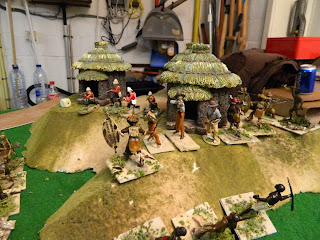 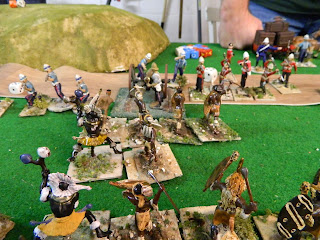 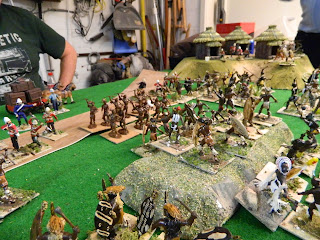 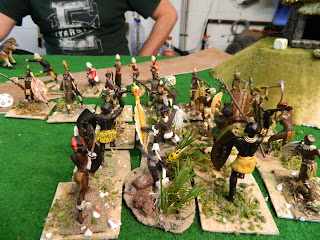 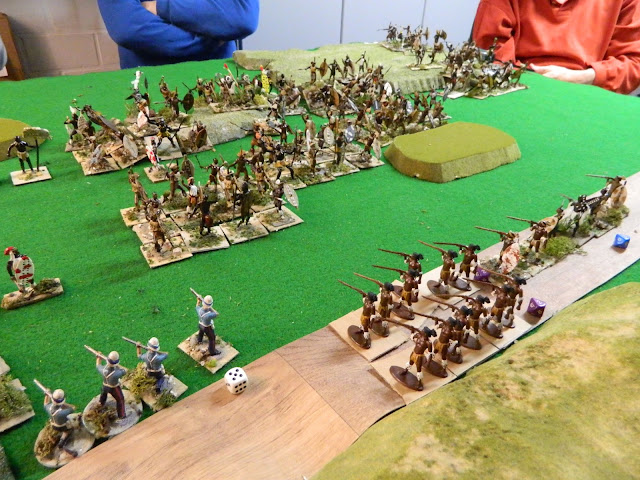 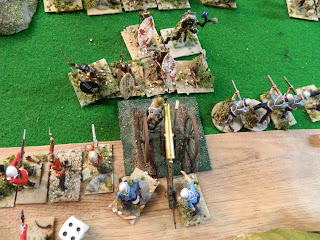 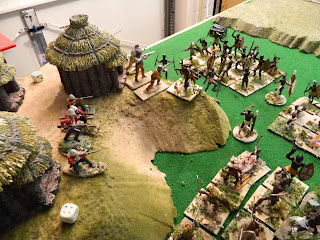 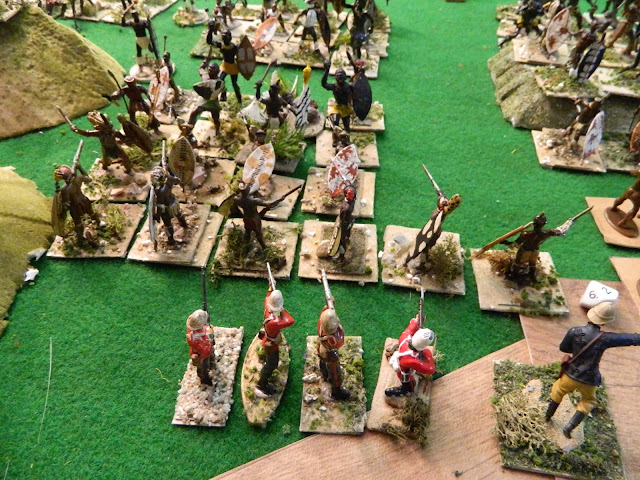 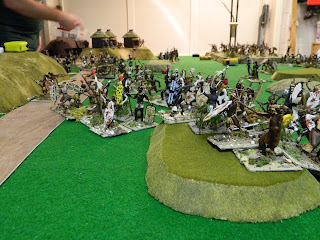 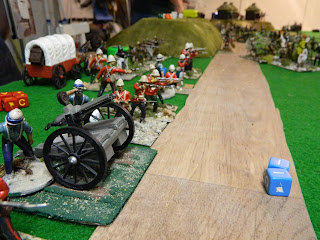