A ficitve battle of Ionian Greeks, supported by Athens, rebeling against the Persians rulers.
Played on July 11th 2017. 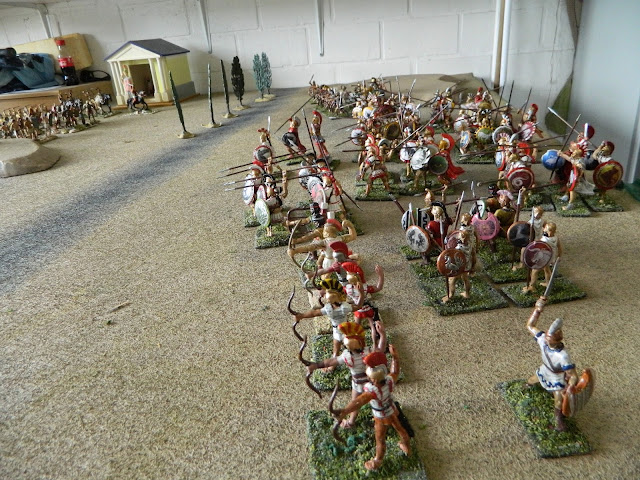 Steven had 7 units of heavy infantry hoplites of which 4 were veteran. He also had 4 units of light infantry. 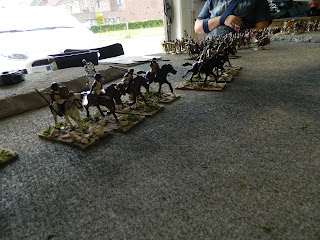 Persians: Me (Dirk) 3 units of barberian light cavalry, a unit of Thracians mercenaries 3 units of ligh Persian infantry, and a unit of medium infantry Immortals (medium-Elite). 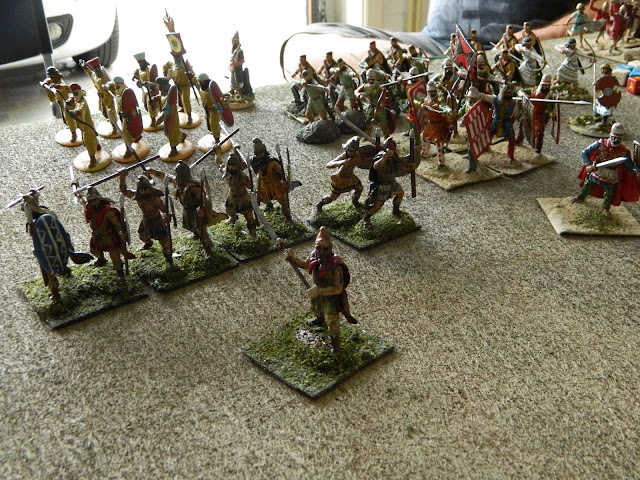 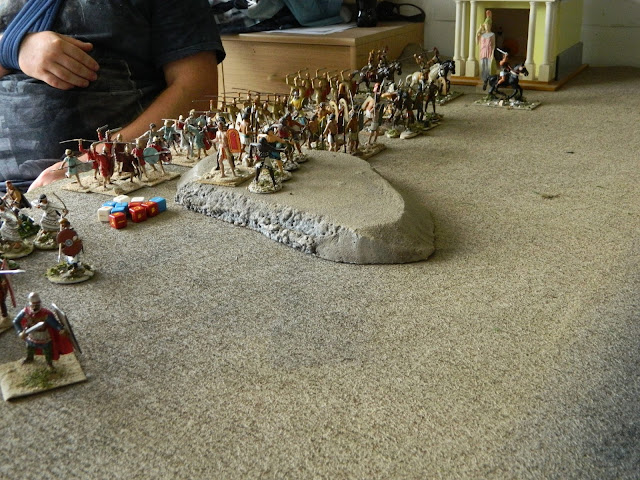 Siegfried on the Persian left, had 7 units of infantry, 5 light, 2 medium, and one unit of medium cavalry. 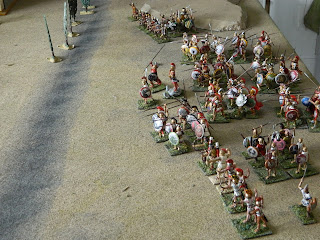 Steven brought part of his hoplites to his right to protect his light infantry from being run over by the light cavalry. 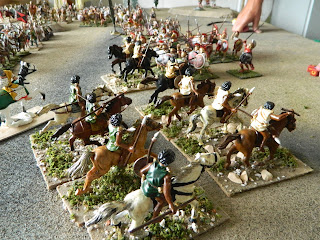 The light cavalry charged but that was a costly mistake. A unit lost and no harm done.
On the other hand, it stopped the advance of the hoplites, and the skirmishing started to make casualties in the hoplite ranks. 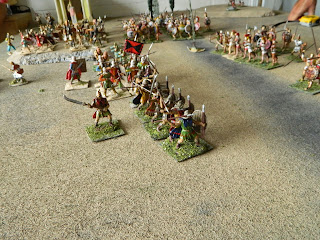 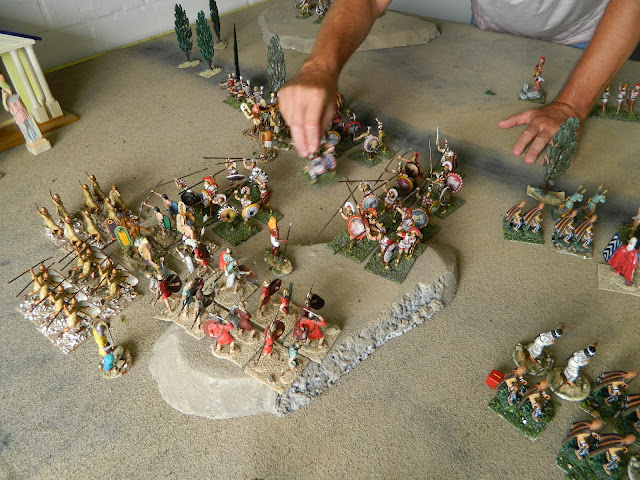 On the Greek right, the Persian cavalry did charge the light infantry but were driven back. 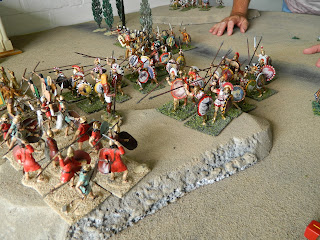 The first Persian  line of light was soon destroyed .
The second line came in, these being medium held out longer.
The hoplites on the Persian right being kept busy by the light cavalry, enabled me to turn part of my infantry from the right flank in support of Siegfried. 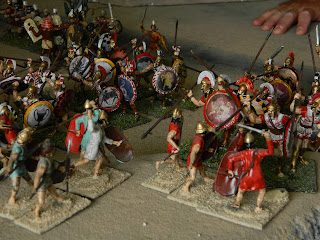 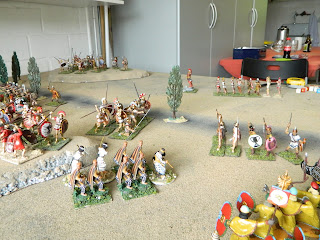 The first of the veteran hoplites gave way. and the second line had to come in. 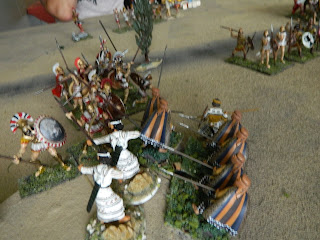 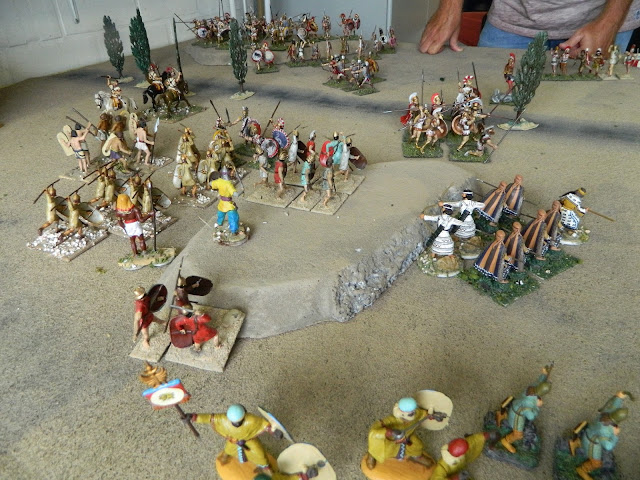 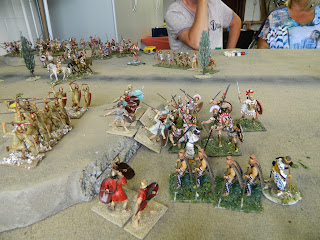 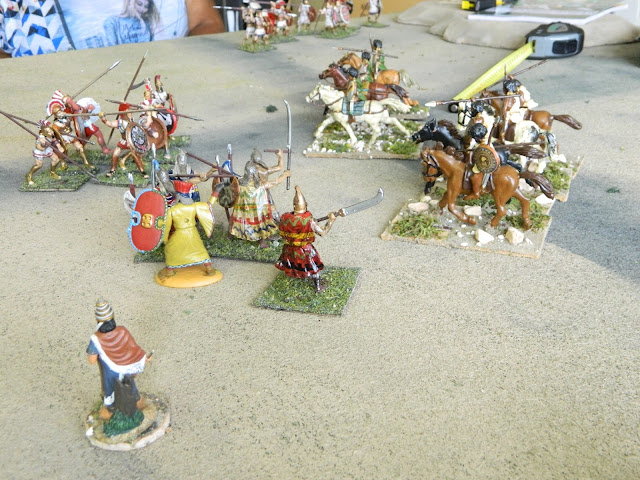 On the right, the immortals went in and...died.
It was the Thraciens with an impact charge that finished of the remains of  an hoplite unit
breaking the Greek army morale.

After all, it was a close run, as the right side of the Persian army was also on breaking point. It was the loss of officers and by consequence the lack of orders to bring his remaining light unit in the fight that was the doom of Stevens army.

It was also a good fight to learn how to use the different troop types, to optimise  their handling.
I think the best way for the hoplites is all in a broad front with the light troops covering the flank and rear.
Also limiting the number of tuns light troops can shoot is needed. Certainly for those with spears.

Also, I have seen in the "About Ceasar" rule, the modification table for shooting has nothing on light troops.  That should be : light troops in skirmish line: -1D when targeted. Light troops without shields (or less then 50% with shields) in block: +1 for the shooter .