The War of the Fourth Coalition had by the end of 1806 resulted in almost all Prussian forces destroyed and the Russian army chased far into Poland, before taking winter cantonments.
The new commander of the Russian army , Bennigsen, did plan a surprise attack on the exposed VI corps of Ney. The Russian army  supporterd by a small Prussian force still fighting went into the offensive and brushed aside Ney force. The Russians bore down on Bernadotte's  I corps resulting in the Battle of Mohrungen on 25 January 1807; This game is inspired by this battle
A mixed Franch Bavarian rearguard tries to stop/slow down the Russian advance.

On the French side Adrien with his grandson and nephew against Steven, Ronny and Siegfried, me as referee. 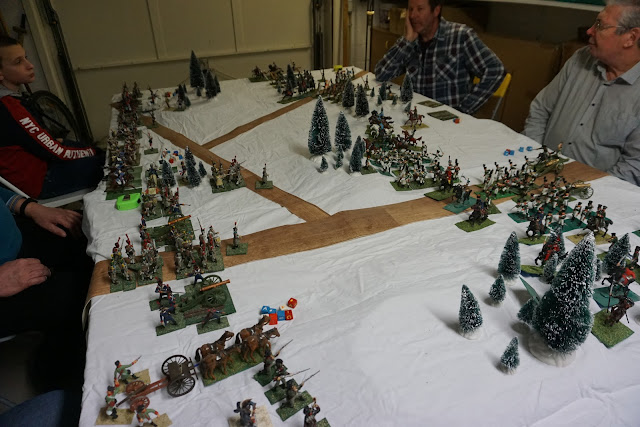 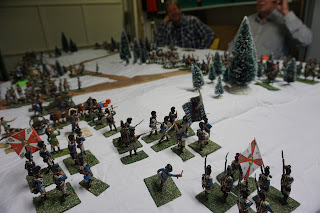 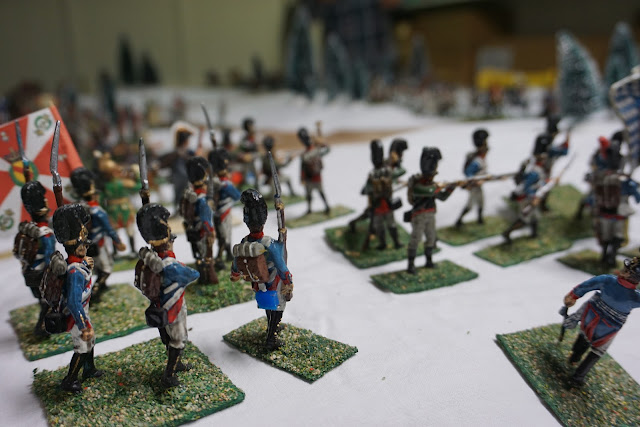 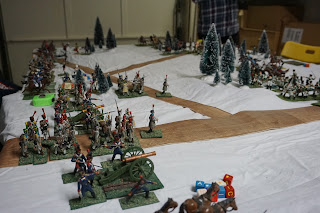 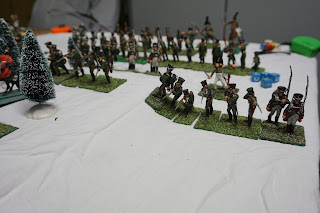 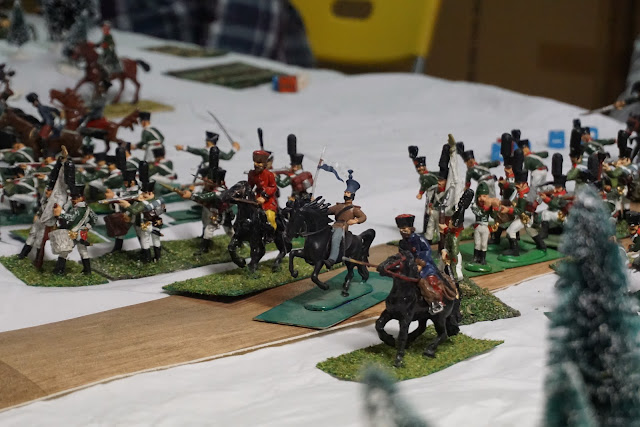 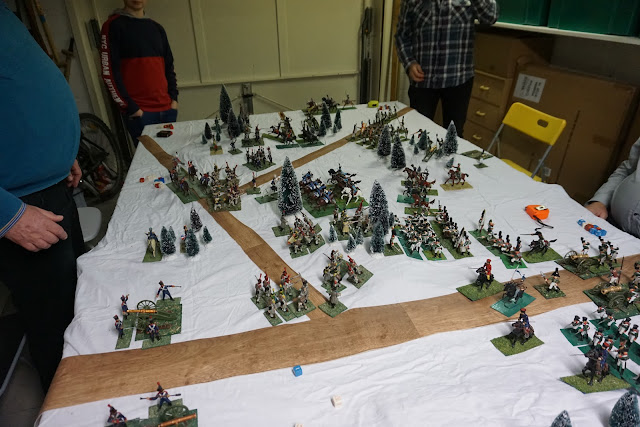 The French players did act very agressively, keeping their opponents on the half of the table. 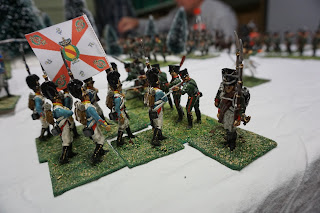 Also the bavarians made several successful counter attacks pussing back the Russians. 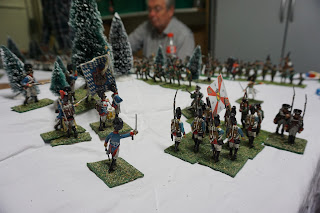 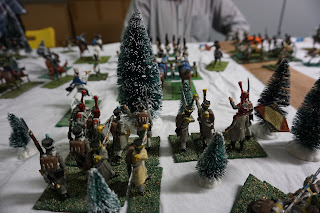 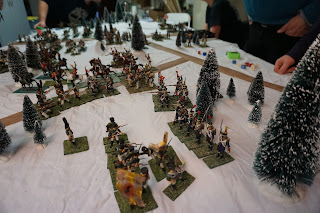 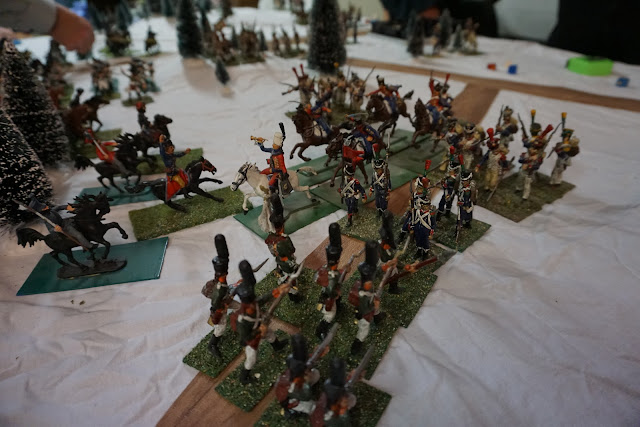 The coosacks were a permant threat. The player in command can only move them in a certain direction, but not command them to attack. The referee will decide based on the rule:" if a unit enemy unit within charging distance has its stenght is halved or that unit has turend its flank or rear towards the cossacks, they will attack automatically". 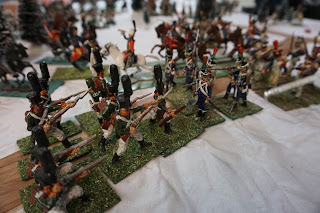 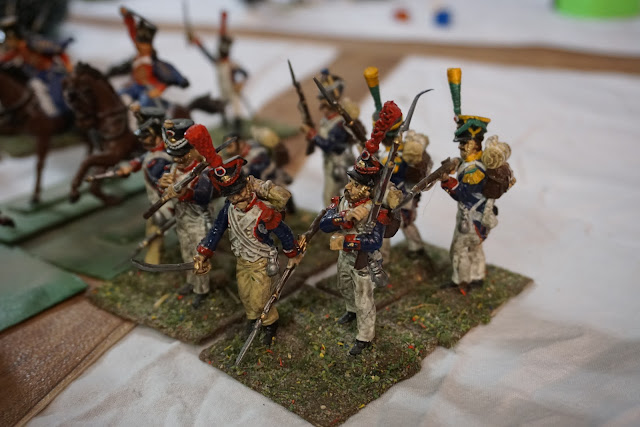 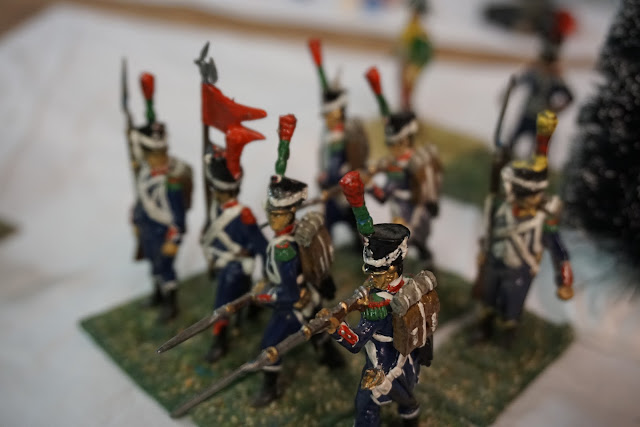 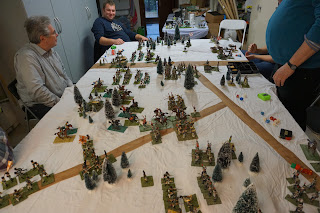 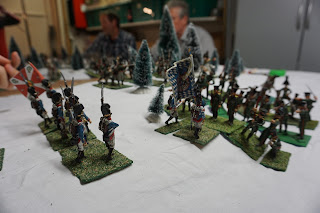 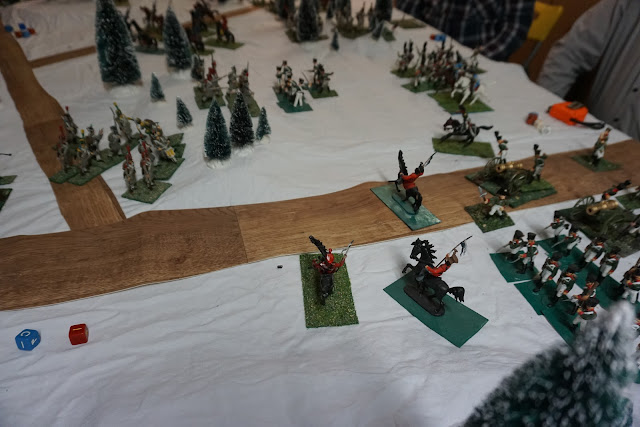 The initial success for the French made Adrian overconfident , keeping on attacking far into the Russian lines, driving of a battery, but suddenly isolated with two units surrounded by russian units. Most other French and Bavarian units were destoyed  or at breaking point, only a few with some strenght, not enough to rescue the isollated units.  But with night falling the French remains could slip away into the darkness. 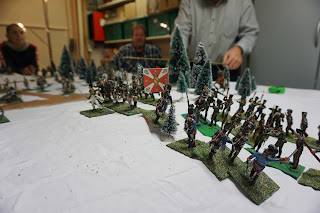 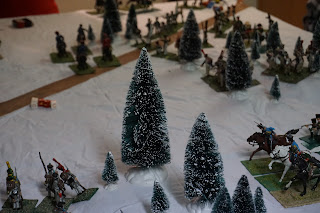 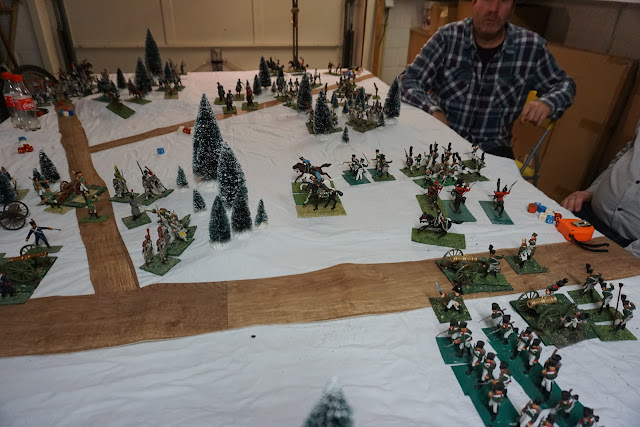 Bith sides could claim victory: the French still holding possitions by the end of the day, had stalled the Russian attack, and this against supprior numbers.
The Russians could say the French force was all but destroyed, unable to stop them the next day. 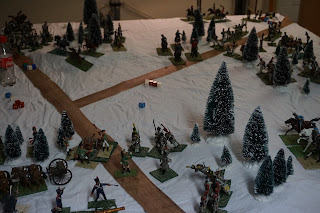 The 1807 January campaign turned totaly against the Russians as Napoleon did react swiftly and almost trapped Bennigsen, who realised the danger just in time.  The Russian retreated east and made a stand at Eylau. a battle we did play a few years ago, biggest game so far: