We played a fun skirmish game based on the pirate attack on the stockade from Robert Louis Stevenson's Treasure Island. We used the Fistful of Lead, one man equals one figure, rules, which included the rules we needed for reloading muzzle loader weapons and breaking down doors. As in the book, the stockade blockhouse was defended by four named characters, Jim Hawkins, Capt. Smollett, Dr. Livesey and Squire Trelawney as well as four servants and loyal seamen, eight total. The pirates, led by Long John Silver, numbered eighteen, a third of whom were armed with muskets, a third with pistols and a third with swords and melee weapons. The pirates took several casualties as they raced from the cover of the jungle to the palisades of the stockade. Once they gained the soft cover of the palisades, they were able to suppress some of the fire from the blockhouse. The pirates then launched an undisciplined attack on the blockhouse, these were pirates, after all. The fighting took place through the blockhouse apertures and, once the door was forced, inside the blockhouse itself. There were many individual hand to hand combats. Eventually, Capt, Smollett, Dr. Livesey and two loyal sailors succumbed to sword blows, but Jim Hawkins and the Squire and two servants held out until they killed nine pirates and wounded most of the rest, at which time the pirates called off the attack. Pirate figures included Barzso, Conte and Forces of Valor. The defenders were mainly AWI figures. 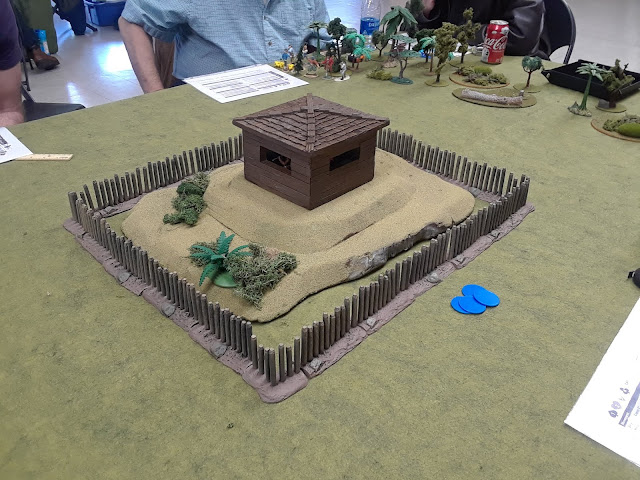 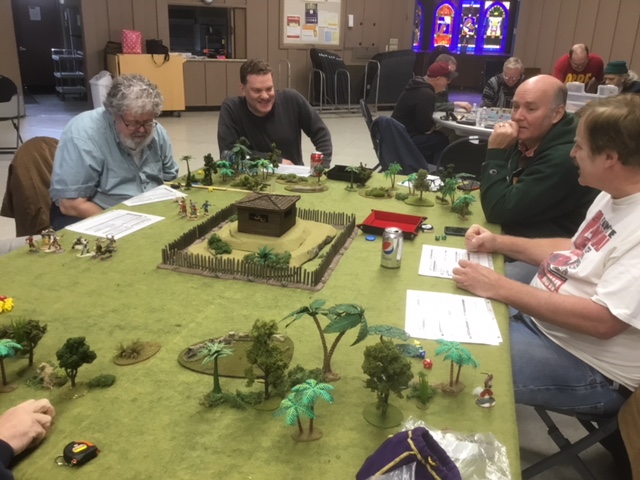 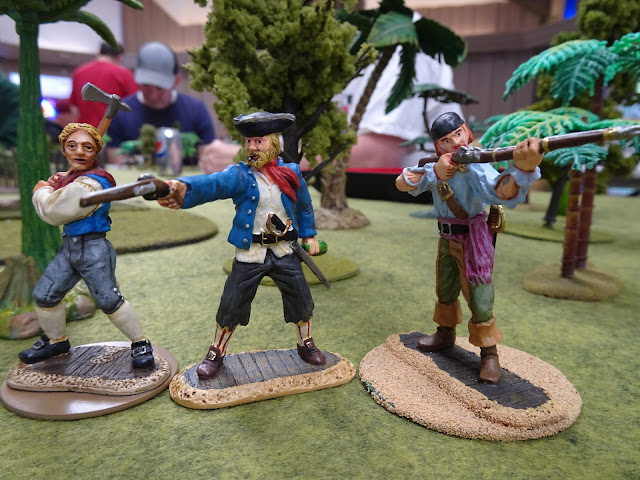 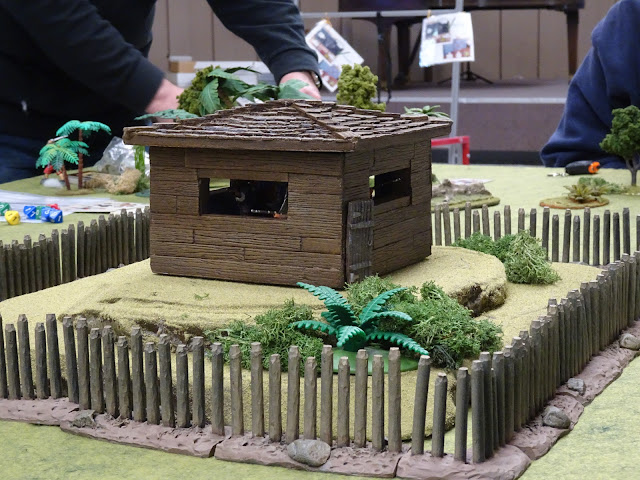 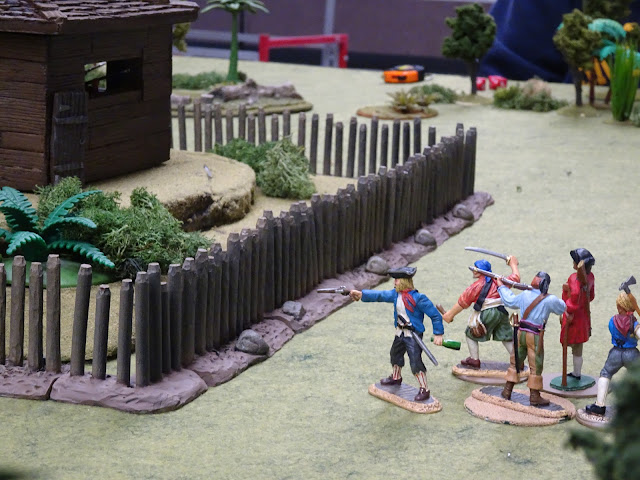 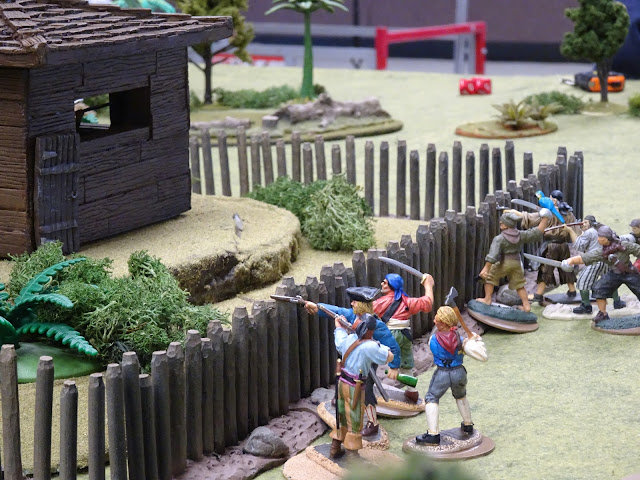 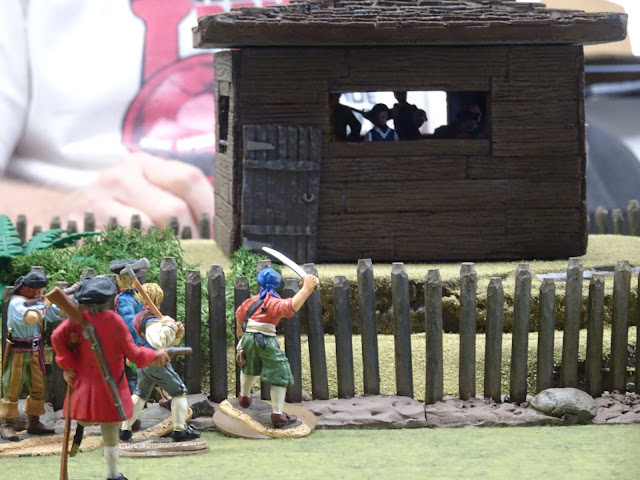 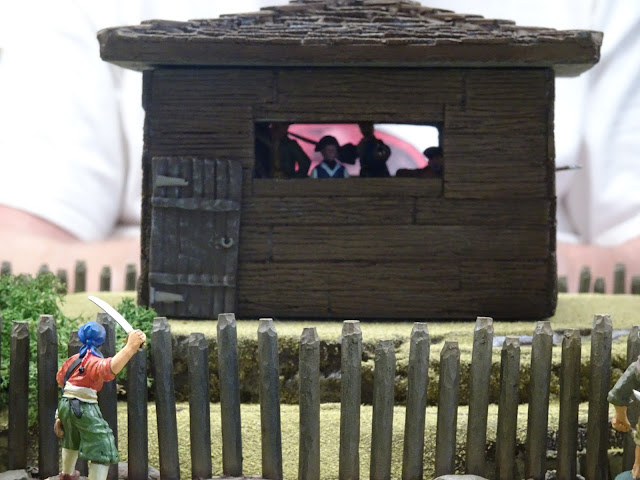 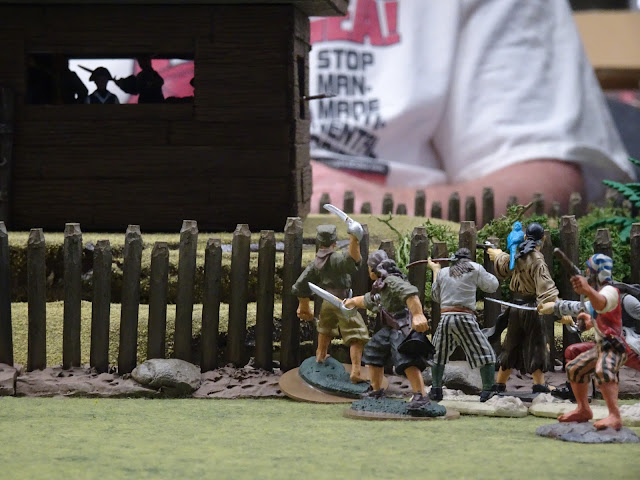 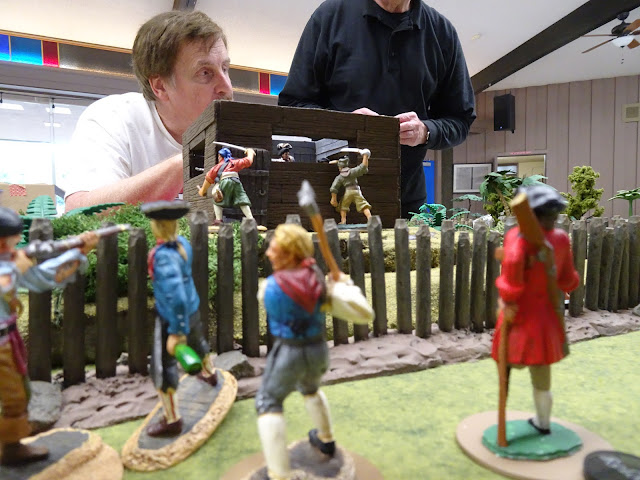 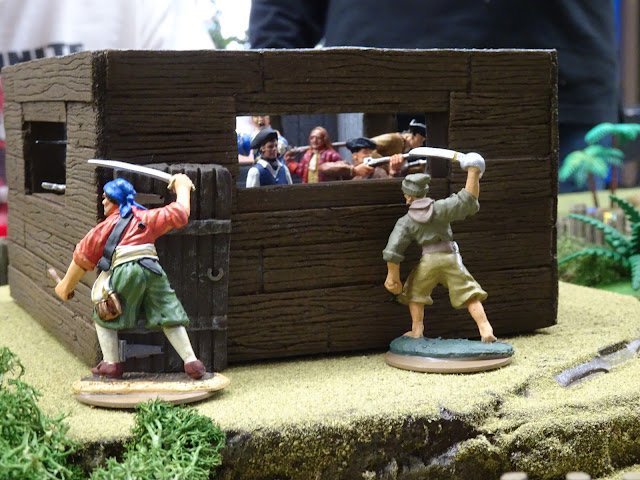 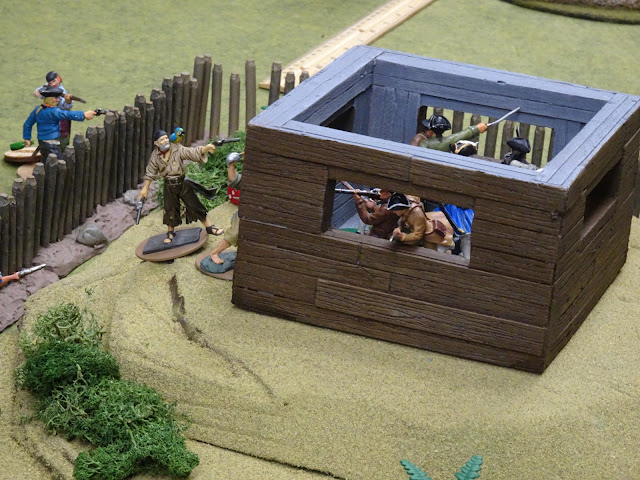 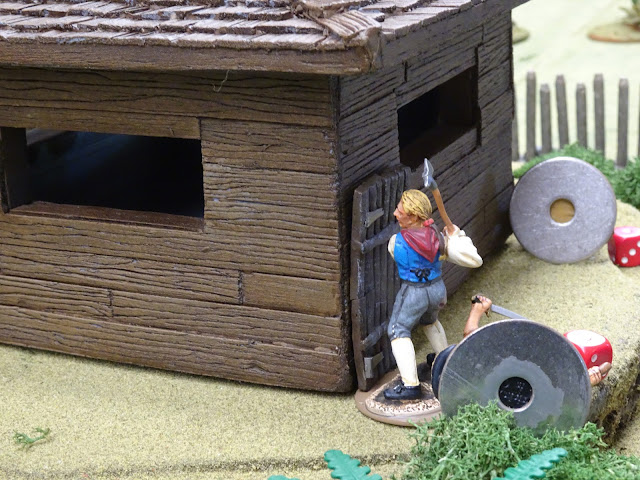 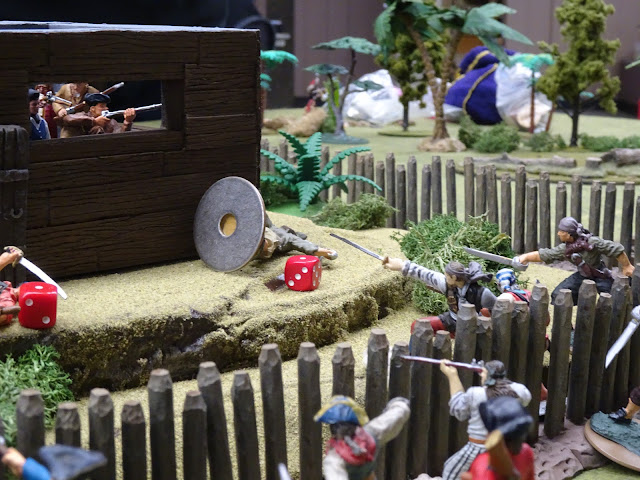 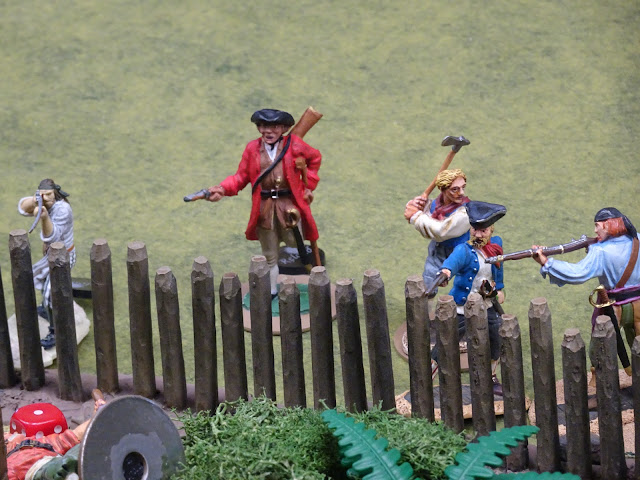 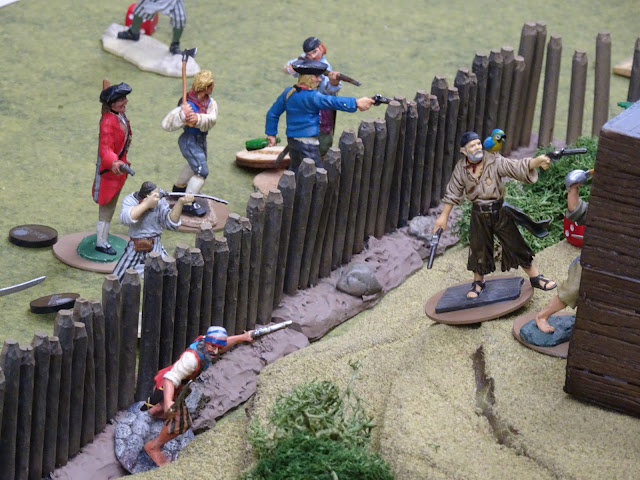 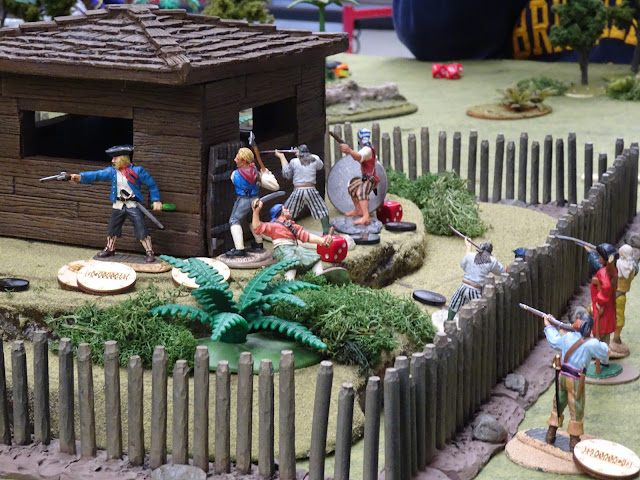