The Action in the Mahmund Valley 16 September 1897

I played a remote game with my buddy Claude Bailey who lives in Tucson AZ. It was based on the Northwest Frontier action witnessed by Winston Churchill in his book The Malakand Field Force. We used the venerable The Sword and the Flame (TSATF) colonial rules with half sized units of ten figures. Two units of Sikhs have to set fire to the Pathan village and then retire in good order, taking their wounded, if possible. They are accompanied by Lieutenant Churchill and a regimental Bisti Gunga Din. On the first turn, the Sikhs roll successfully to fire the village houses, while three units of Pathans appear, coming down out of the hills behind the village. With one lucky shot they kill one of the Sikhs. The two Sikh units now fall back from the village, forming skirmish lines. Their fire wounds two warriors, including one leader, but that does not stop the native advance. As movement in TSATF is variable, based on dice rolls, the Sikhs on the right make slow progress and take two wounds from the natives on the hills. That means that two able bodied sepoys are needed to carry the wounds and they cannot fire the turn in which they move. The Sikhs on the left make for a row of rocks that will give them cover. They also take another wound to their unit. The native unit that lost its leader must now roll on the Leaderless to Move table, needing a 1 through 4 on a D6. They miss and their advance stalls. A fourth Pathan unit arrives and moves down toward the center of the village. Things are tense for the Imperial troops. If they move, they lose four rifle shots per turn, but if they stay, the Pathans will come close enough for hand to hand combat. A stroke of luck for the Sikhs on the right, their two hits are enough to force a critical morale test on the Pathans to their front who fail their dice roll and move 4 X D6 inches straight back, relieving the pressure on their flank. But the Sikhs on the left receive another wounded sepoy and are being flanked by the native warriors on their left. Relief comes in the nick of time in the form of a unit of Highlanders, who are able to reinforce the weak left flank. With a couple of telling volleys the Imperial line is able to throw back the Pathan attacks and Mr. Churchill survives to write up a description of the action. 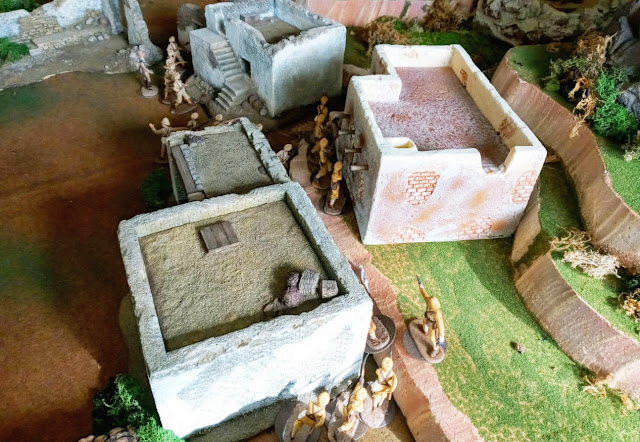 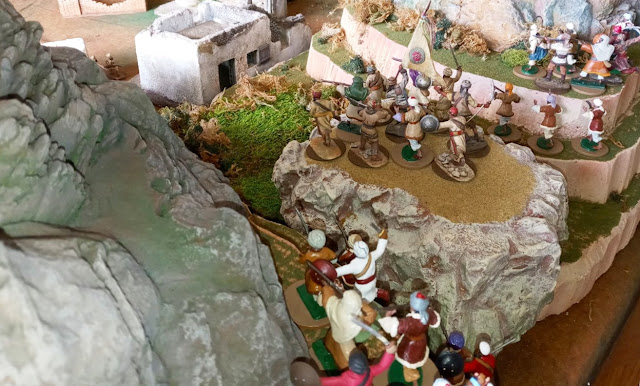 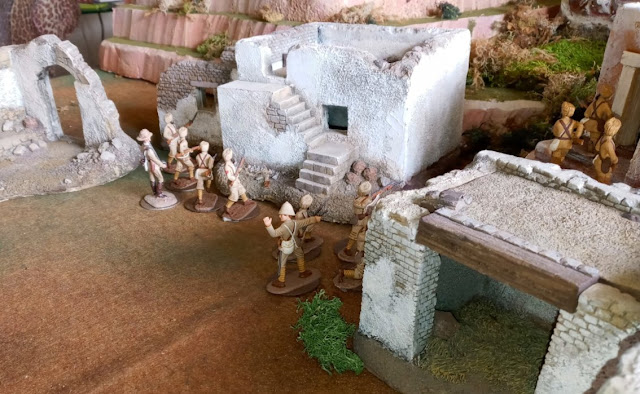 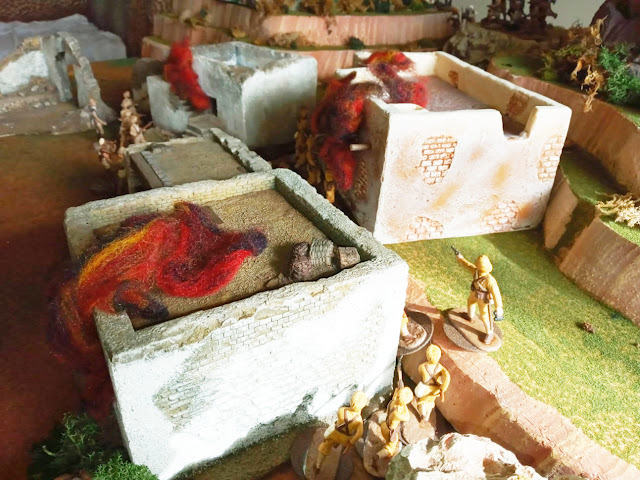 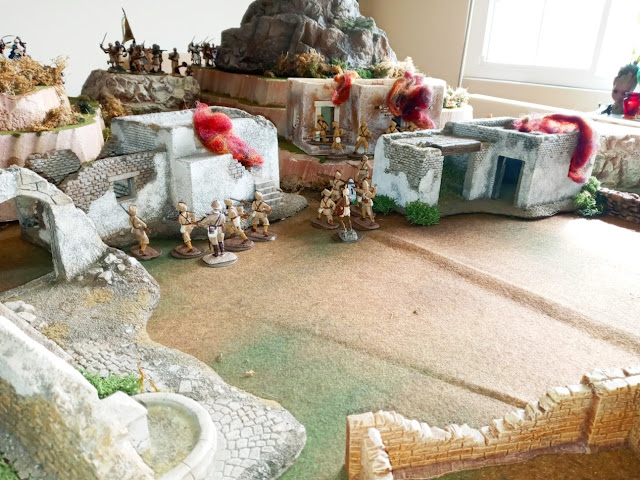 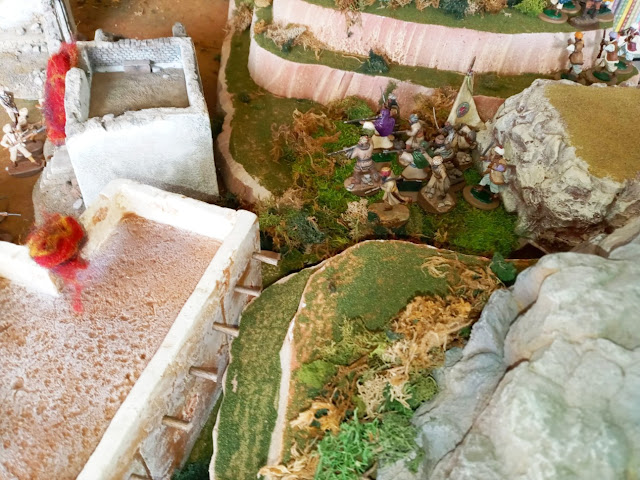 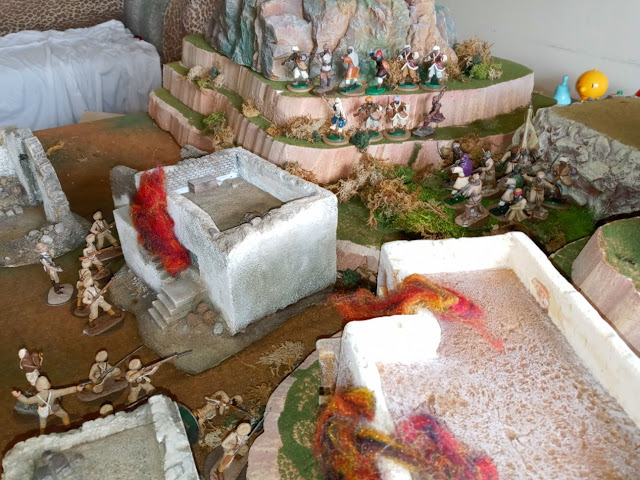 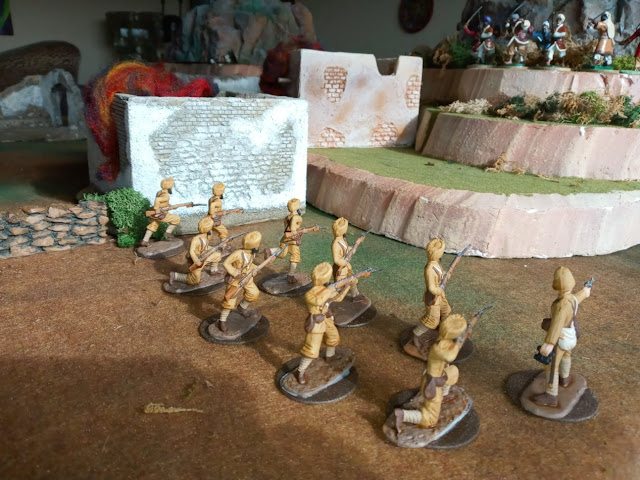 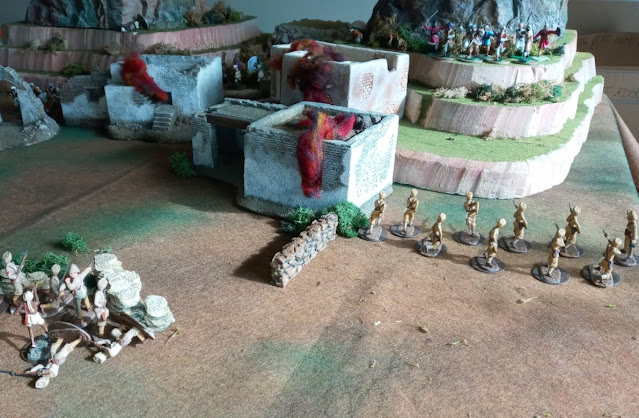 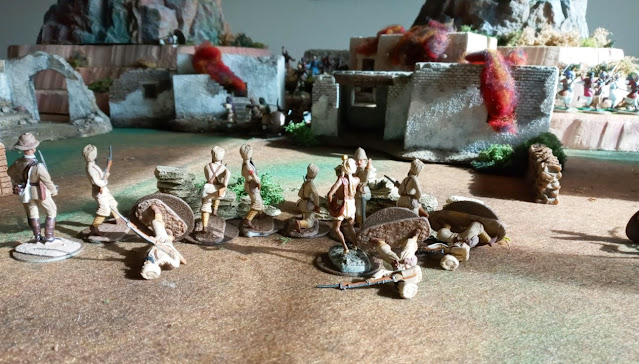 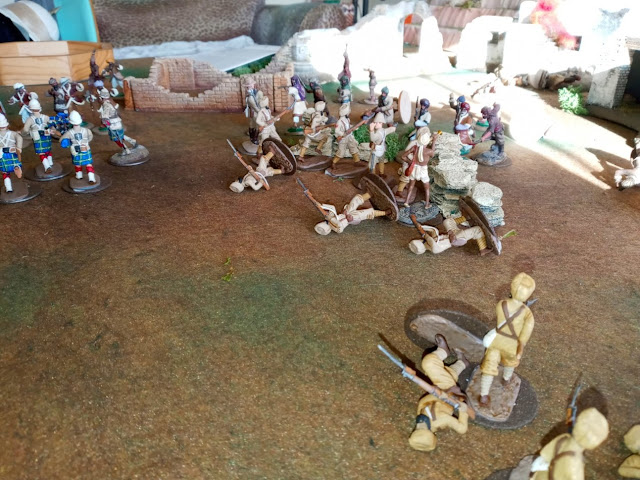 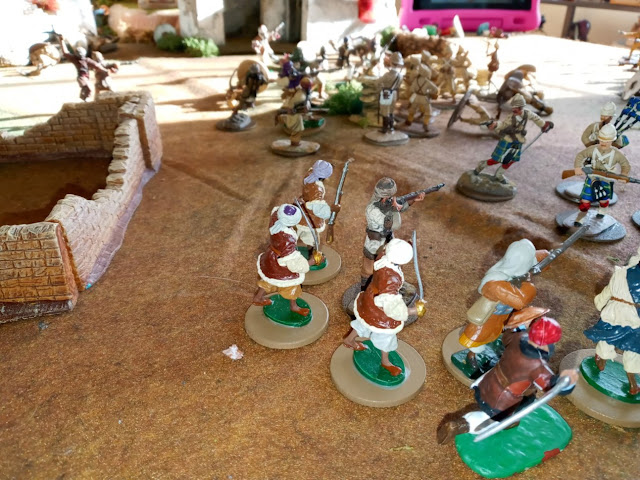 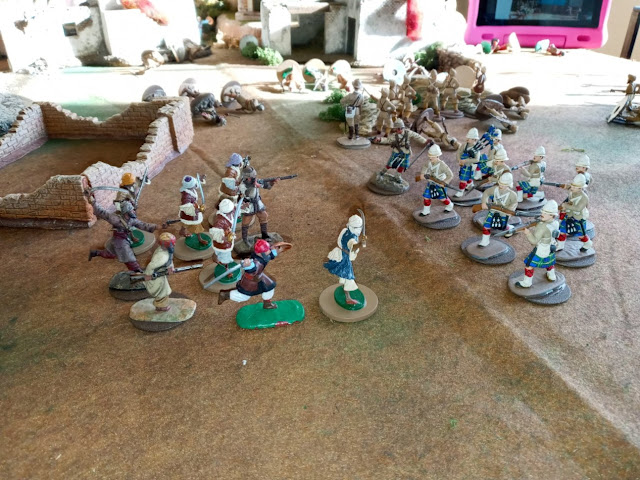 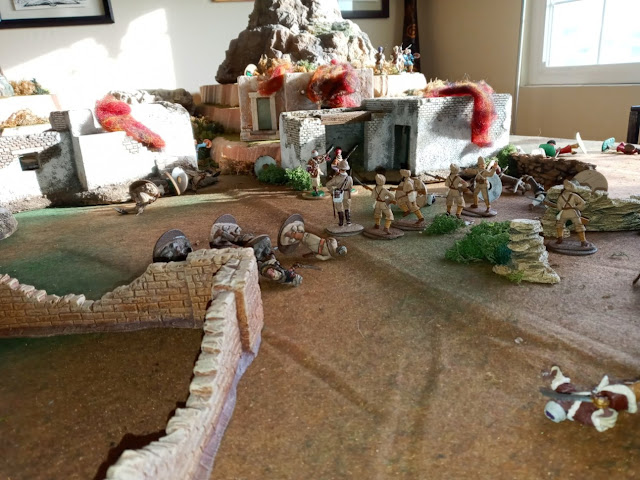