I've wanted to set some scenarios in the Borneo of the 1840s. It's a period familiar to my European friends through the adventure novels about the Malay Pirate Sandokan. I already have a collection for the period in 28mm, but I think the period calls for the drama of 54mm. I noticed 1 pose in the A Call to Arms Isandlwana set that seemed like a natural for conversion to a Dayak warrior with a Sumpitan, a native blowpipe, so I decided to see how much work it would be to make the conversion. I learned a lot in the process. First, I carefully cut the rifle out of the Zulu figure and replaced it with a piece of brass tube. I chose brass as I didn't want the pipe to bend and crack the paint. It was easy to make a hole in the mouth of the Zulu and insert the end of the tube. Next I cut off all the cow tail arm and leg pieces. Then I used two part epoxy putty to sculpt a sarong and long hair. I now know I should have trimmed the Zulu loincloth first, as the sarong is too thick. I will make that improvement next time. Last I added a Barong dagger tucked into the waist sash and a feather borrowed from a plastic American Indian figure. I used the illustration in the Osprey Queen Victoria's Enemies (4) Asia, Australia and the Americas as a painting guide. Now I just have to make 9 more! I will be using a combination of Dorset Moro warriors and DSG pirates for the Malays. 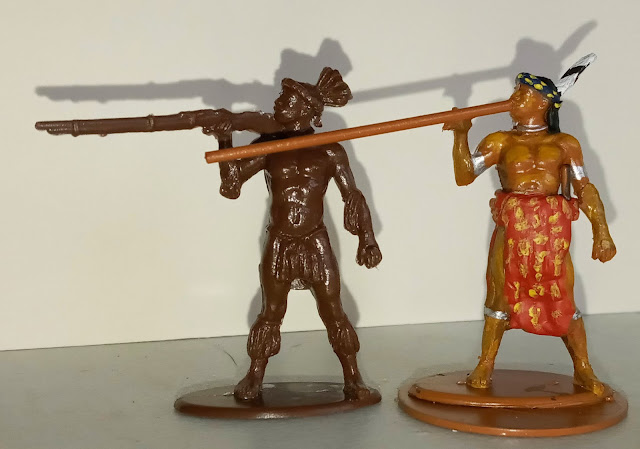 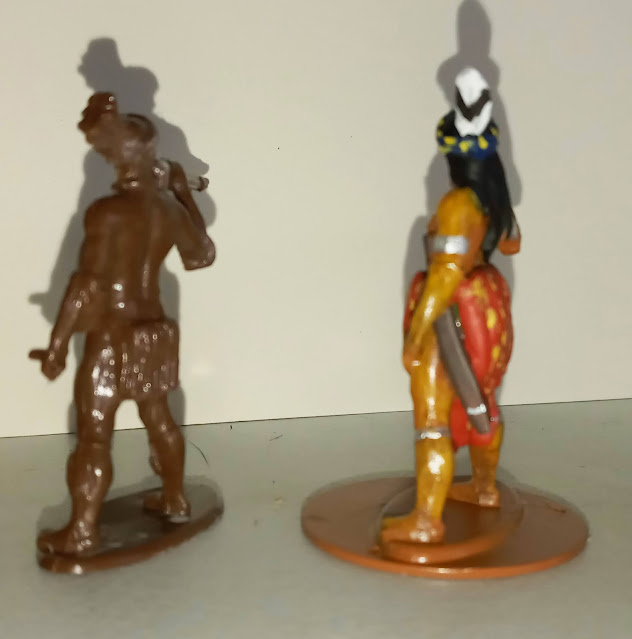 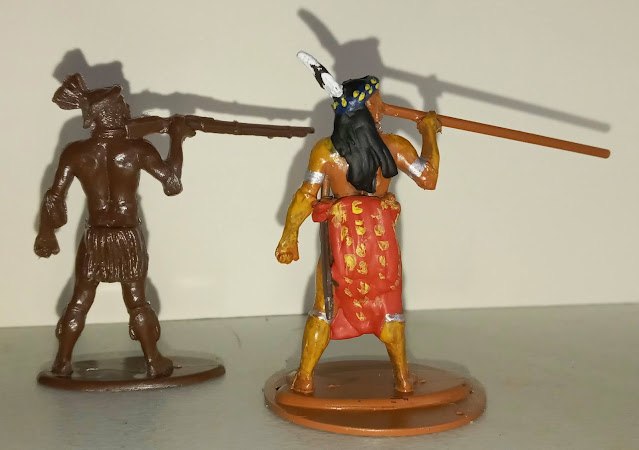 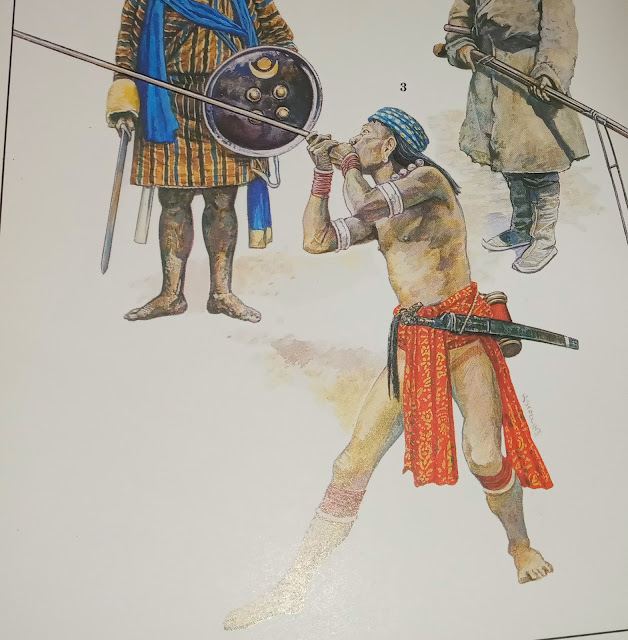