I ran a Culloden game at my club (outdoors and all wearing masks) last Saturday. It was one day off from the 275th anniversary of battle. I was in a quandary as to which rules to use as, in the real battle, the odds were strongly stacked against the Jacobites. So I decided to try Howard Whitehouse's A Gentleman's War (AGW) because the card activation mechanic makes for greater uncertainty, which can be infuriating at times if one is used to more predictable game progression. As it turned out, between the card draws and very poor dice rolling by one of the Government players, the day was won by the Jacobites.

I wish to thank PMCD Mobilisatie, whose Culloden game video inspired me to paint 60 tartans and Dirk who sent me encouragement and spare parts. 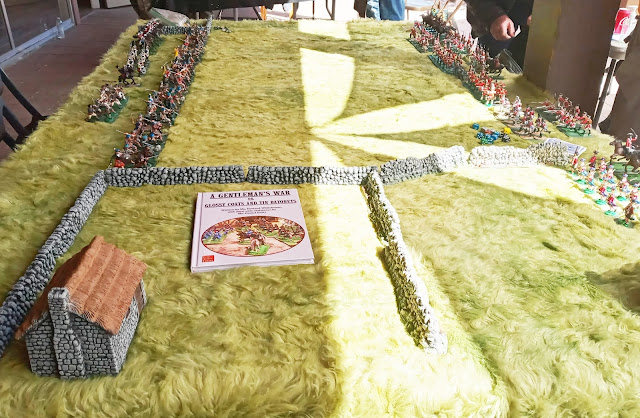 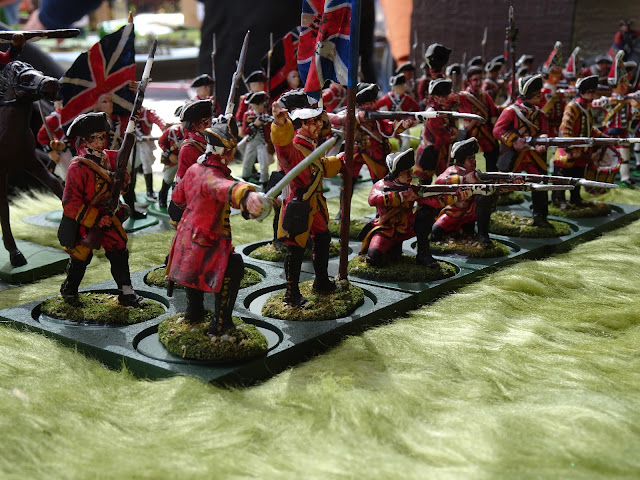 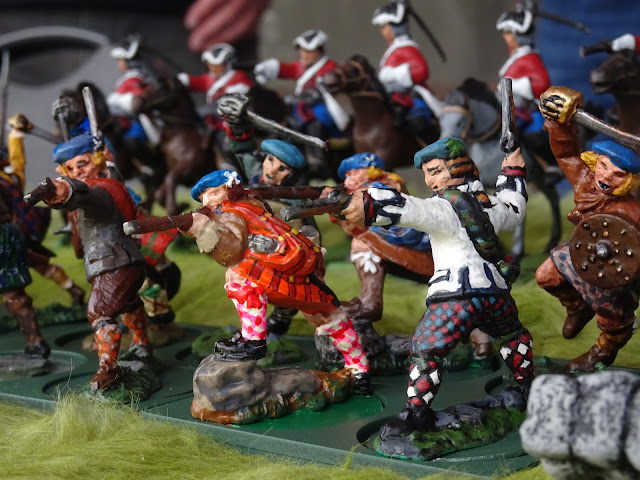 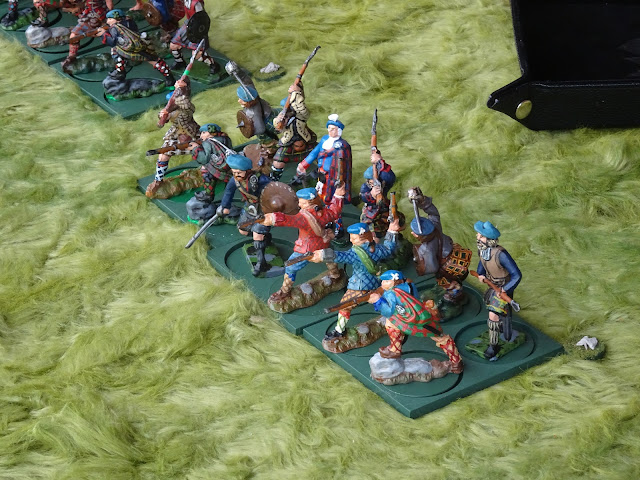 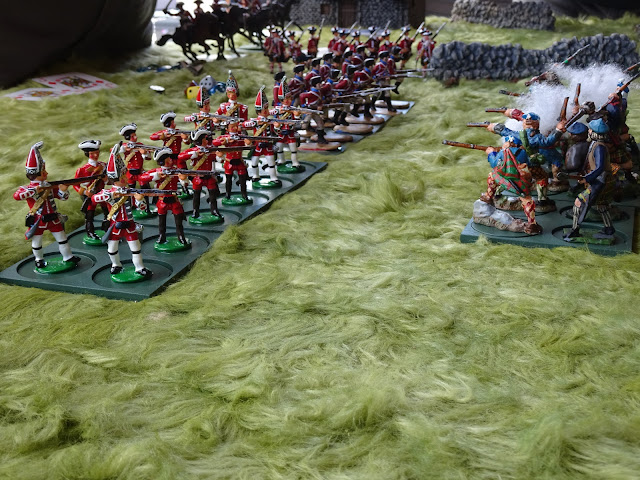 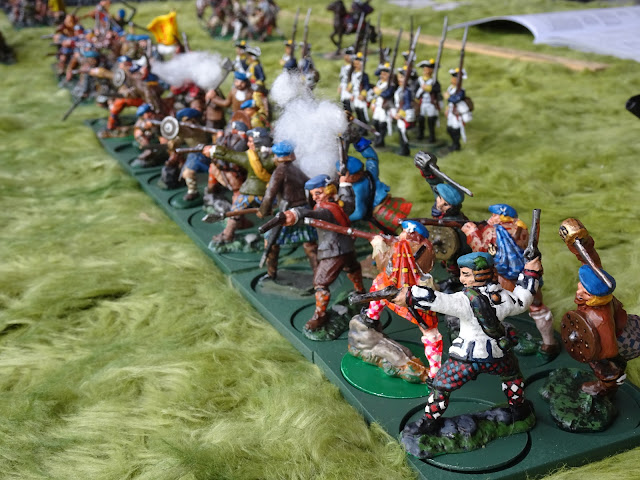 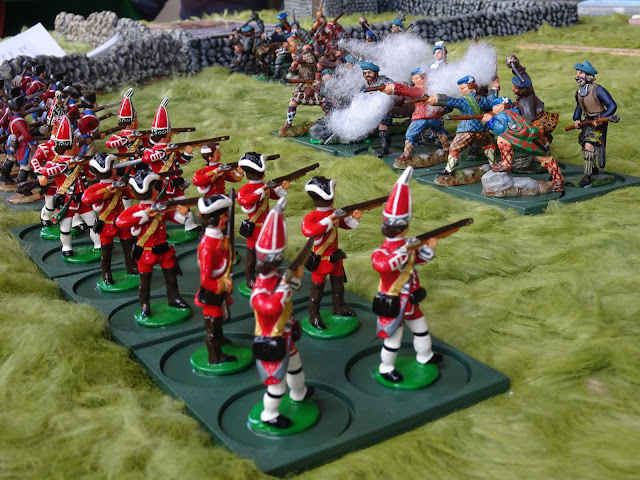 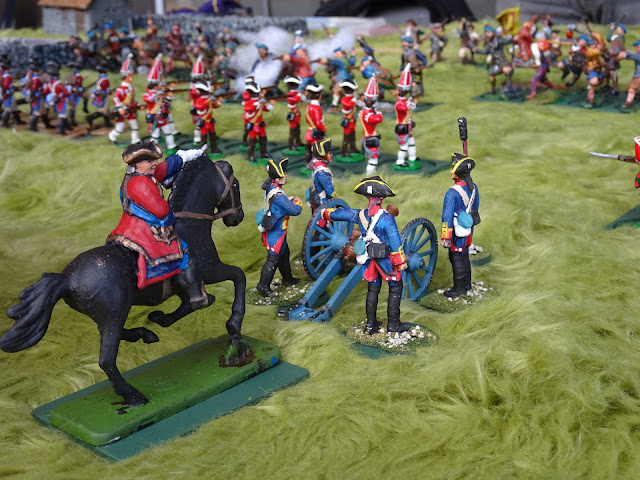 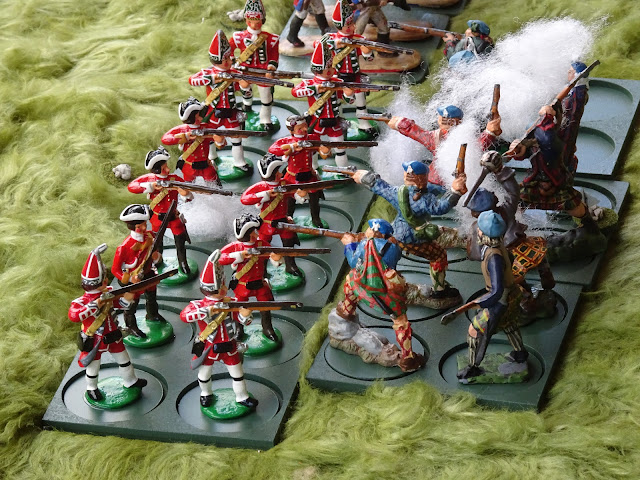 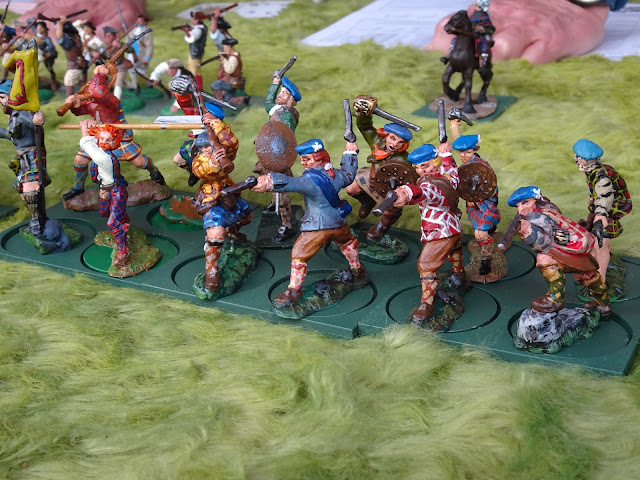 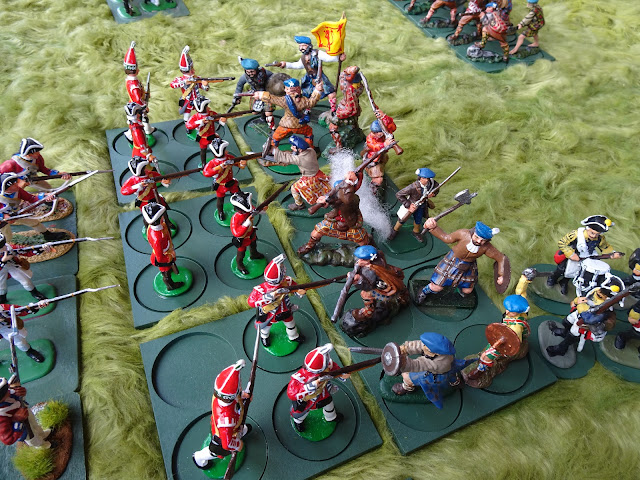 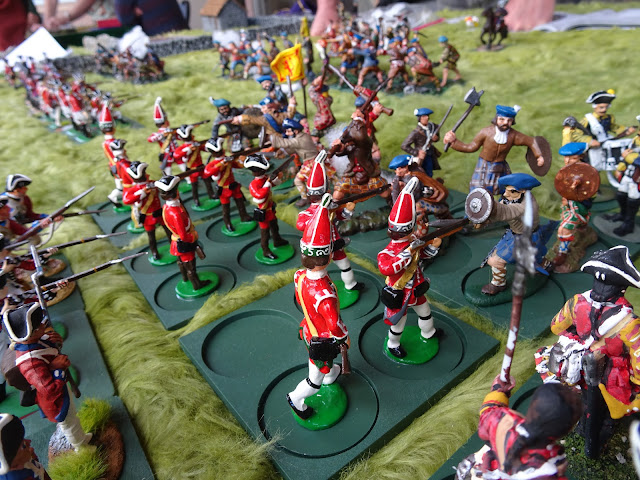 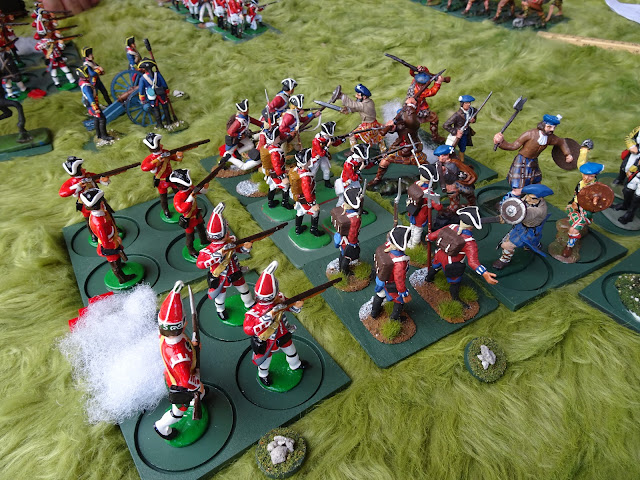 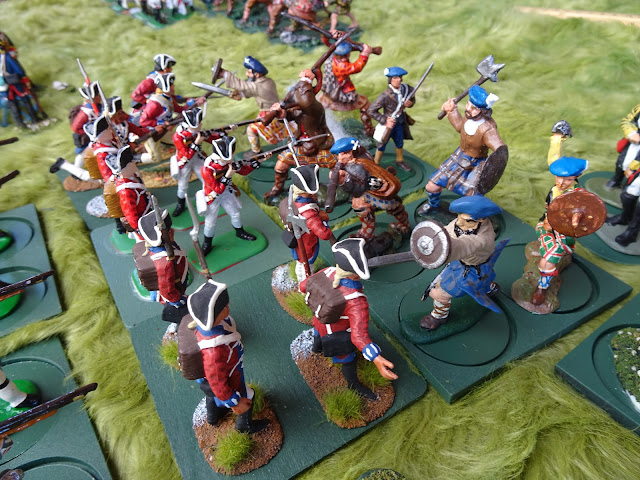 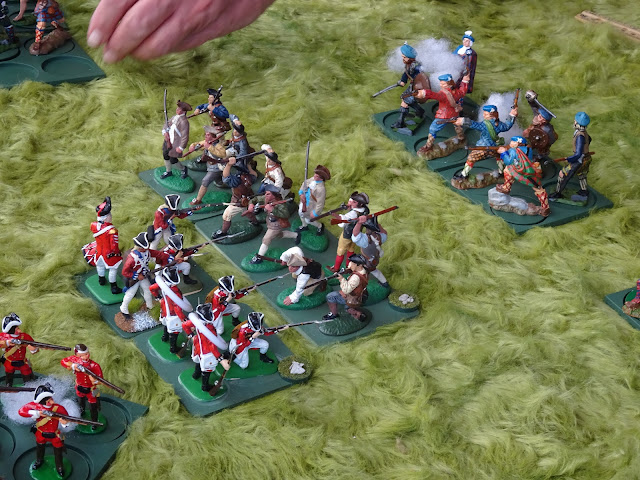 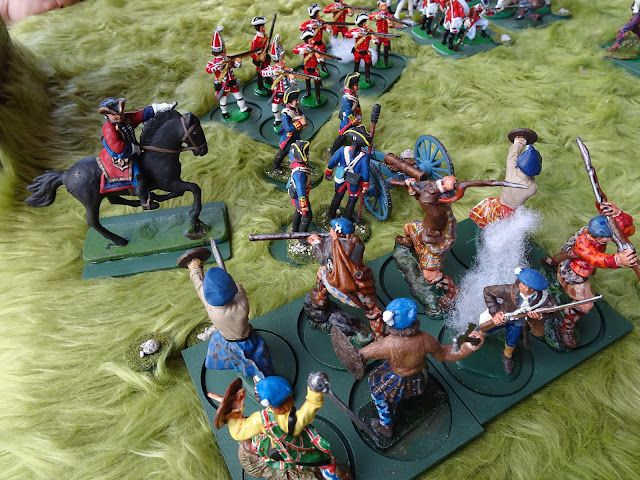 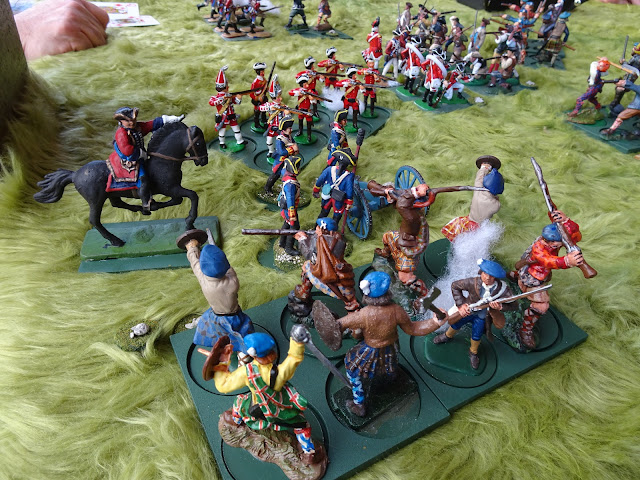 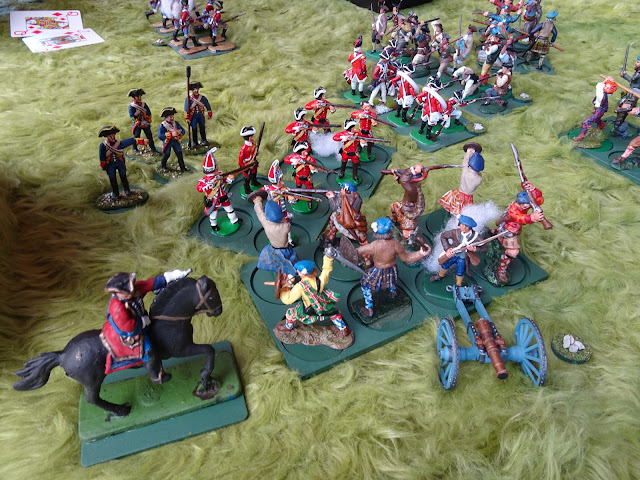 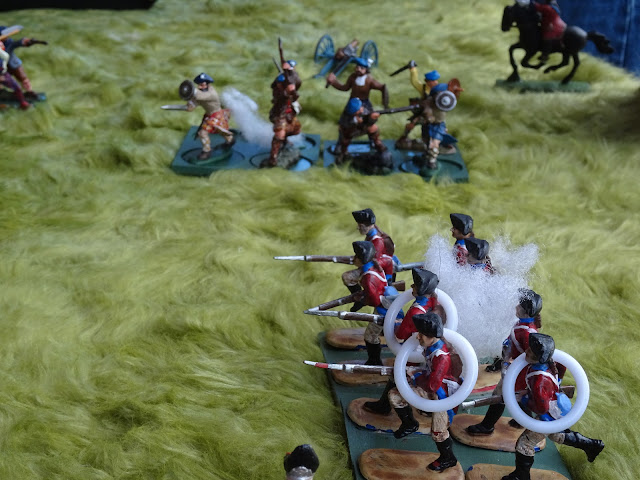 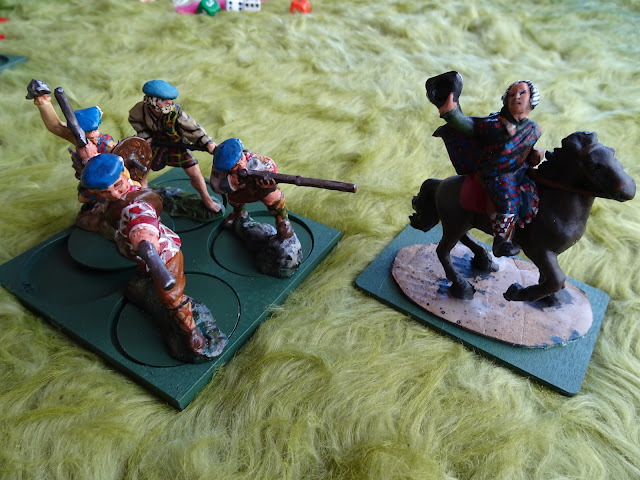