A friend who I hadn't played with for a long time hosted a Sudan game in his backyard last weekend. The rules were his own Terra Incognita company level colonial rules and we played with his superb 54mm Imperial Productions collection of metal figures. The Imperials' victory condition was to escort a wagon carrying a prisoner across the board and off the table edge, a distance of about 6 feet. To make life interesting, there were about a dozen markers dotted around the table and my friend, as GM, had his 3 young children roll dice to see where and which unit of natives would show up each turn. The Egyptian and Sudanese escort only made it a foot into the table when they were attacked at close range by a unit of fanatic Hadendowah. Egyptian volley fire wounded many, but the natives managed to close with the Egyptians and killed 1 and wounded 2 before they were driven off. Less than another foot into the table and a second unit of Hadendowah charged the Sudanese escort, but they were far enough away that the Sudanese, who were better shots than the Egyptians, were able to break the natives before they made contact. And so it went, the colonial troops making slow progress and fighting off attacks every six inches or so to the middle of the table where the last of the Egyptians were lost while dismantling a barricade across the road. It looked like all hope was gone for the colonials, but a small relief force of Britains Naval Brigade appeared at the far table edge and, with their superior firepower, helped take some of the pressure off the surviving wagon escort. Still, it was a nail biter down to the very end when the wagon finally made it off the edge of the table. It was a fun game with fast, easy rules and beautiful figures. What I really appreciated was being reminded of how much fun could be had with just a handful of colonial figures and several handfuls of natives - and the right scenario and rules. 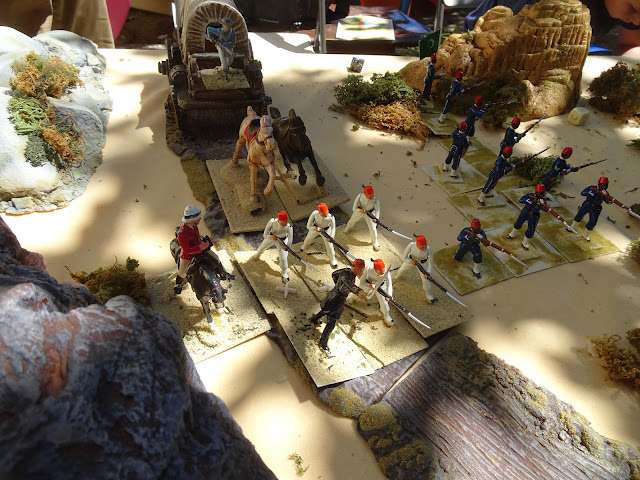 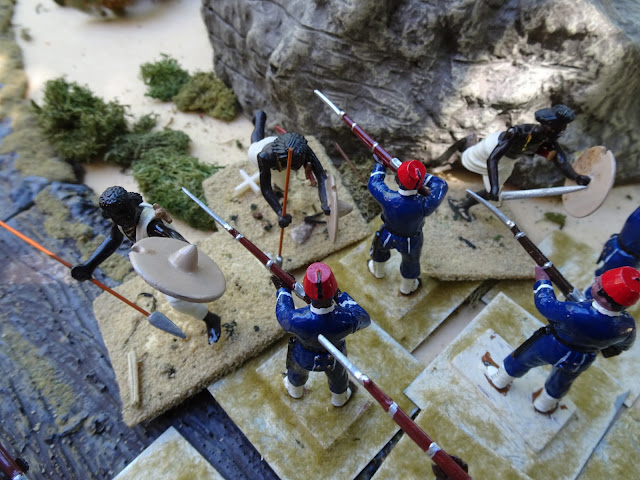 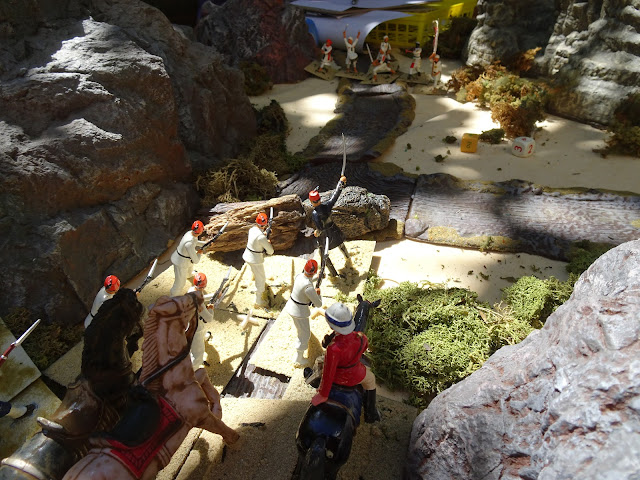 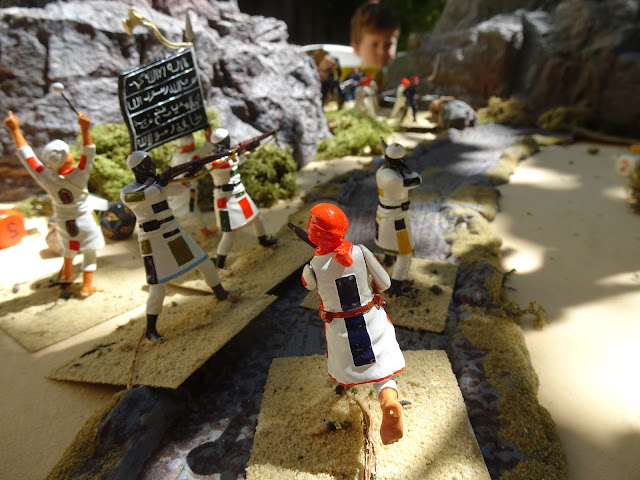 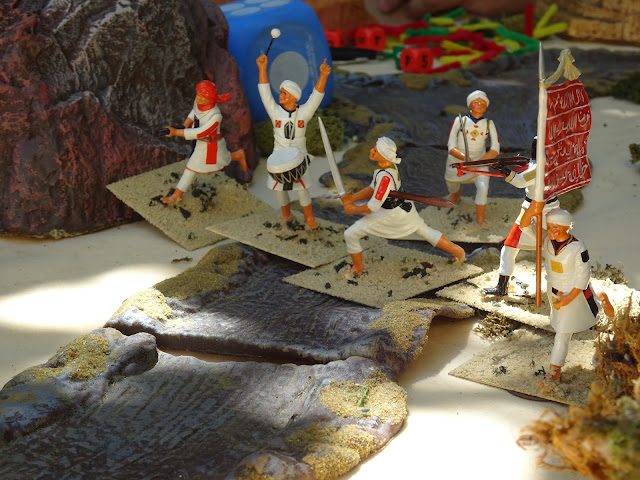 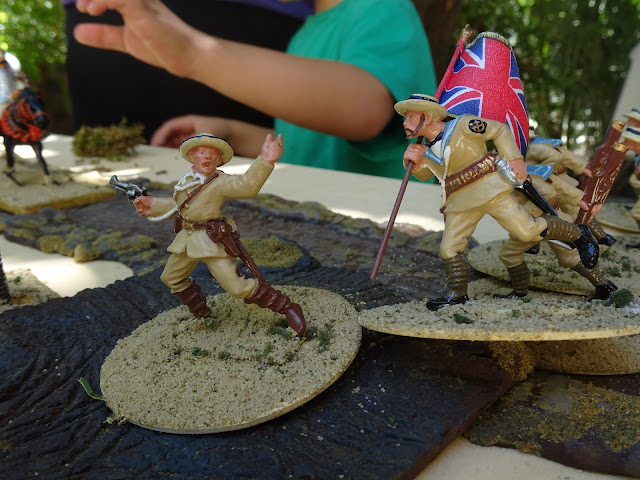 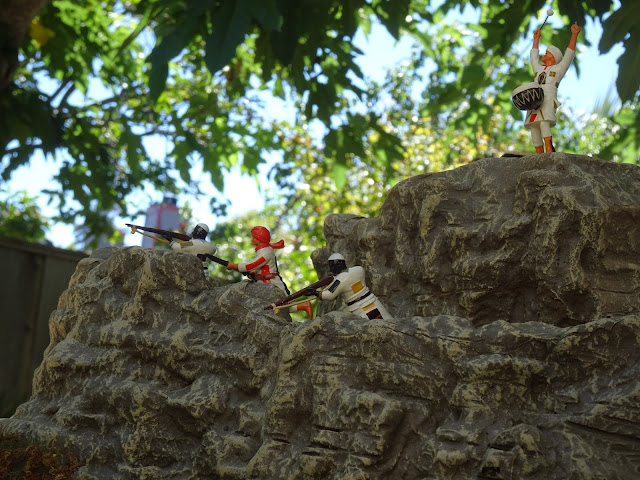 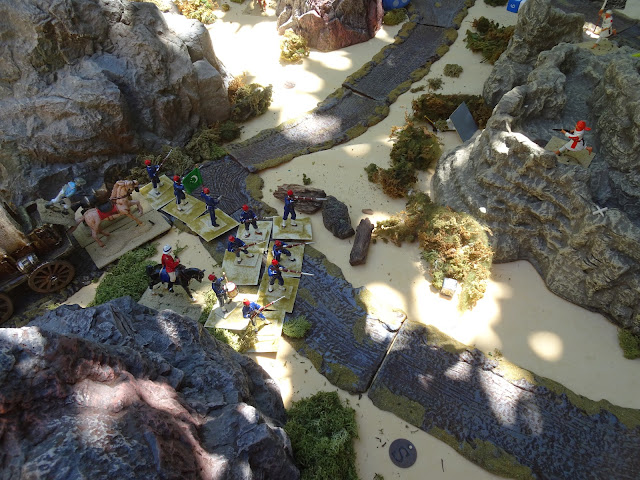 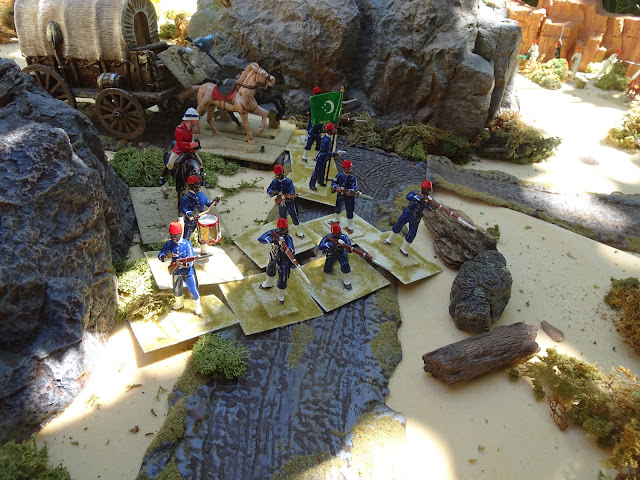 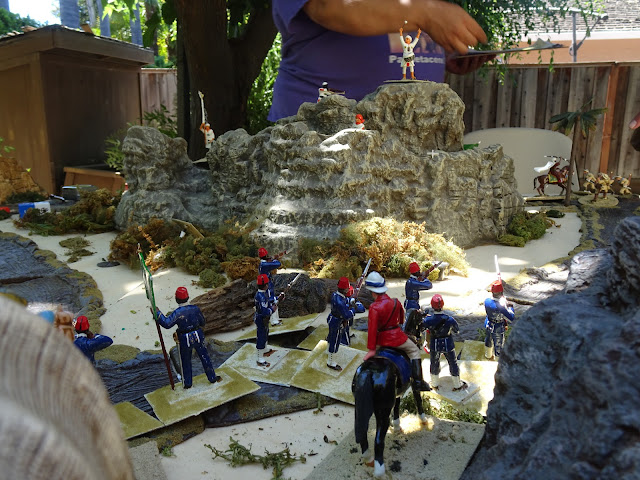 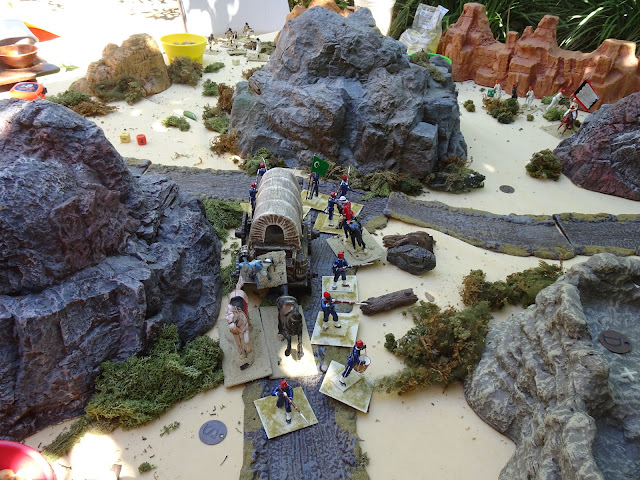 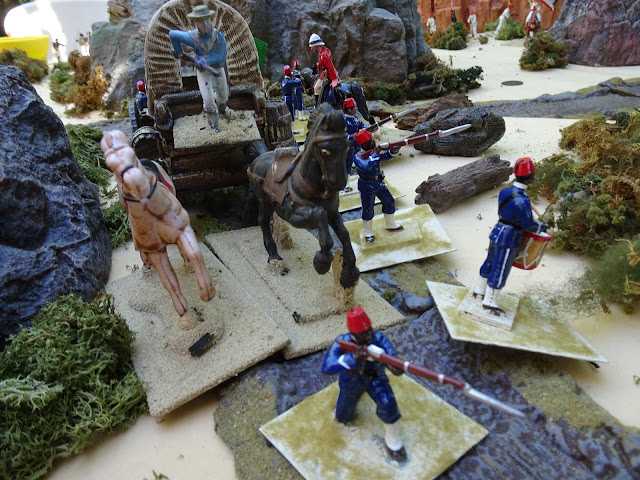