I ran a Blackbeard the Pirate game Friday afternoon at our big Labor Day weekend convention in Santa Clara, California using Fistful of Lead Horse and Musket rules. I had 6 players, a father and son team took the pirates with 20 miniatures and 4 players teamed up as the Royal Navy in 2 sloops, with 10 sailors in each boat. What the pirates did not know was that there were 5 additional sailors below decks, as there were historically. The pirate ship was stuck on a sandbar and the RN boats had to approach within range of the 2 pirate light cannon. I used the round shot rules from the Horse and Musket book and the pirates were able to hit 3 sailors in each boat, losing 1 sailor right off the bat. The RN maneuvered their boats to contact the pirate ship on either side of its bow, to avoid more cannon shots. I allowed the sailors to use grappling hooks to climb up and over onto the pirate's deck using a medium task roll. There were lots of hand to hand combats, with the pirates winning more thanks to their Bloodthirsty trait. Next move, the RN boats slid further alongside the pirate ship so that more sailors could either fire their muskets or board the pirate ship. At that time the hidden sailors made their appearance. It was a tough fight for the sailors. They rolled low when they needed to roll high and they rolled high when they needed to roll low. The RN lost both of their named commanders, Lt. Maynard and Midshipman Hyde. They had accumulated twice as many casualties as the pirates when their musket fire finally turned the tide. The pirates never reloaded their firearms, preferring to fight hand to hand. Blackbeard was involved in several duels and took 2 wounds and a lucky shot finally killed him. Aside from some solo play, I did not have a chance to play test the game before the convention, but I don't think I would have changed anything if had. P.S. The pirate second in command took off with the treasure chest in the dingy as soon as Blackbeard was killed. 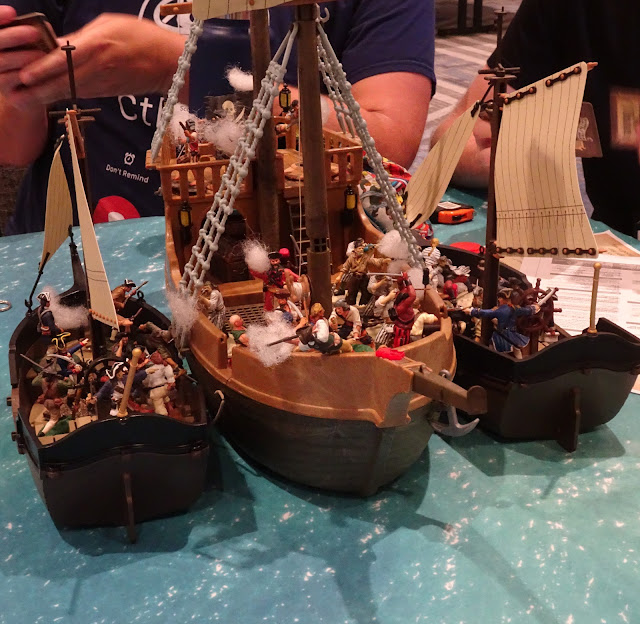 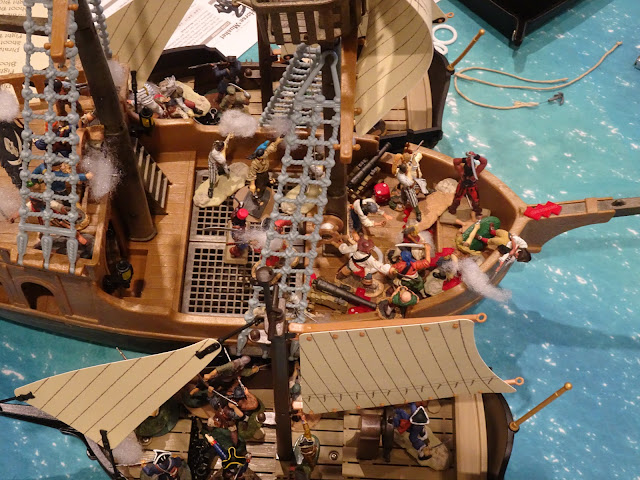 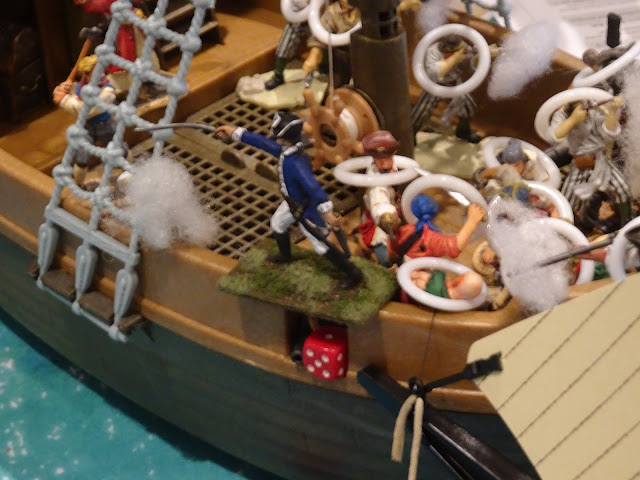 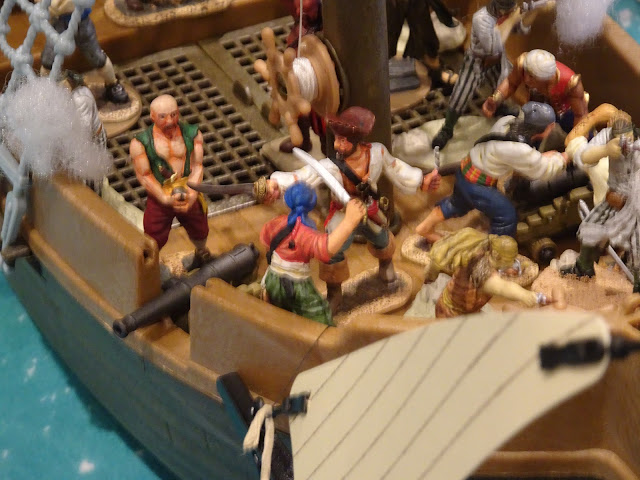 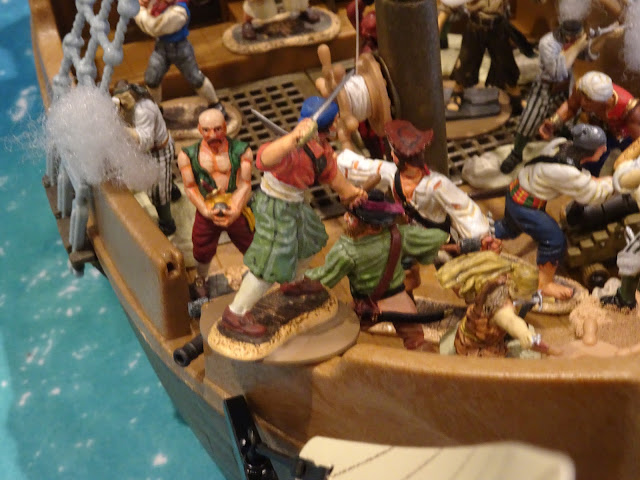 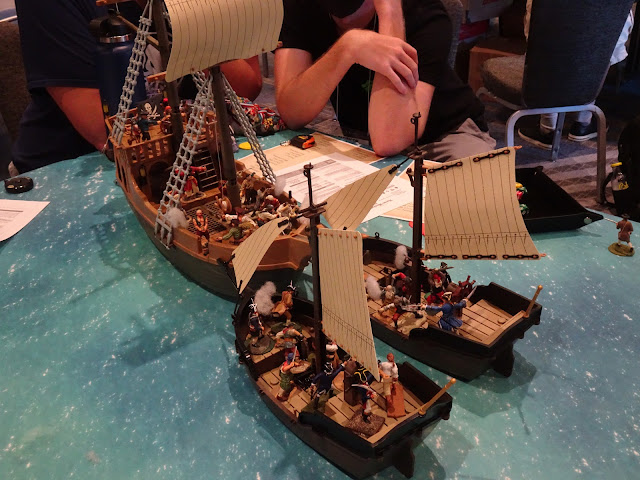 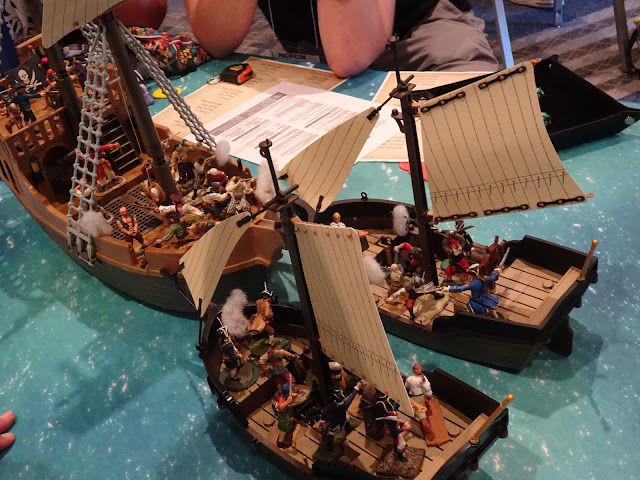 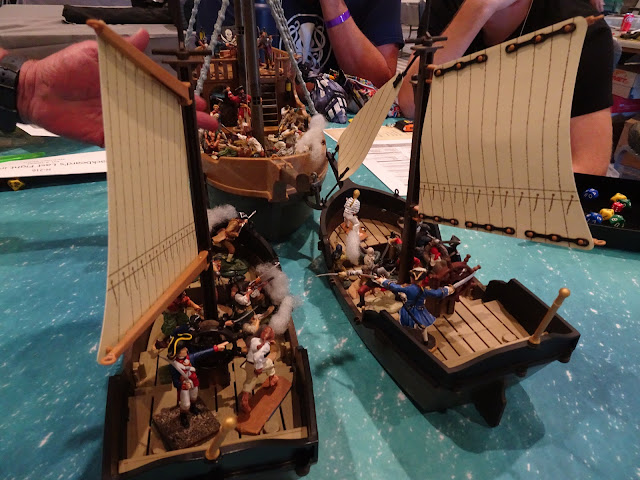 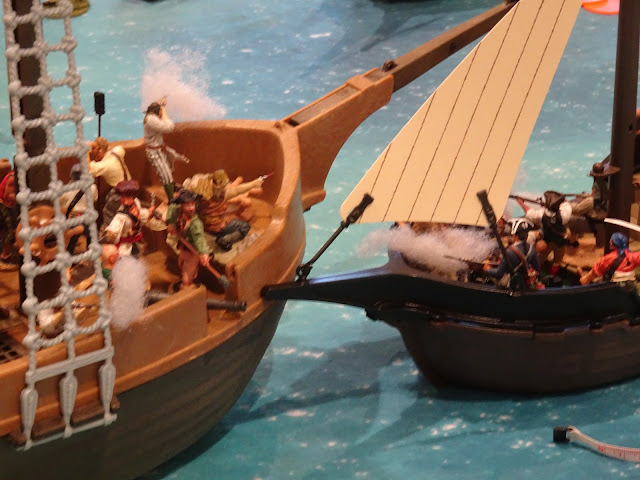 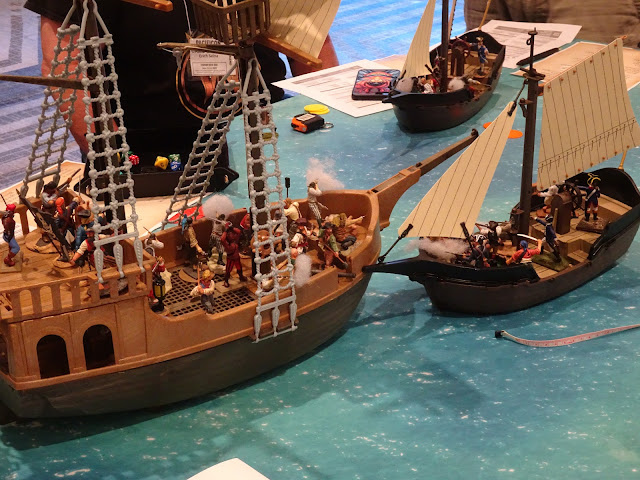 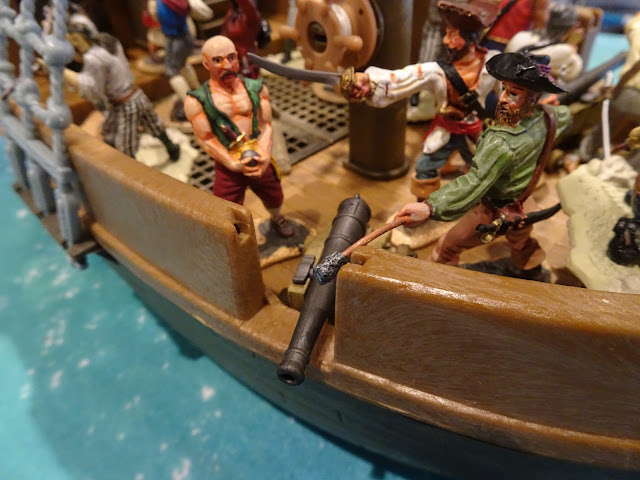 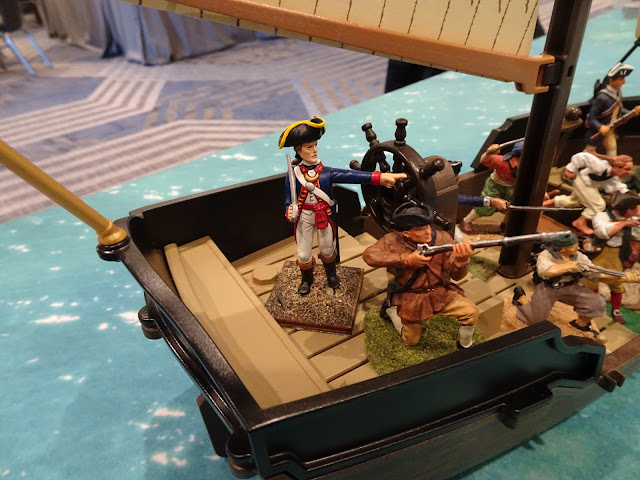 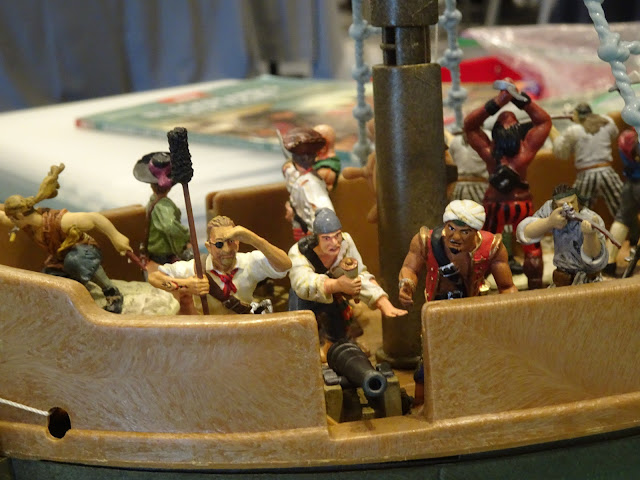 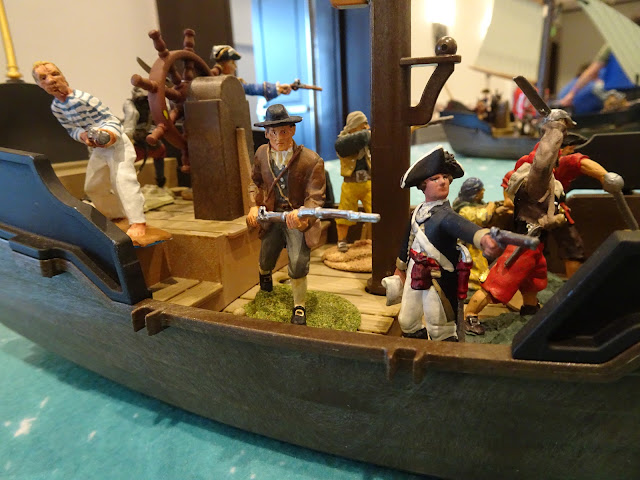 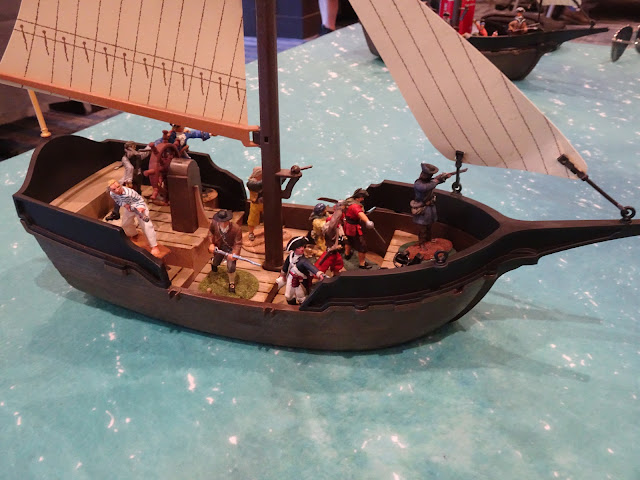 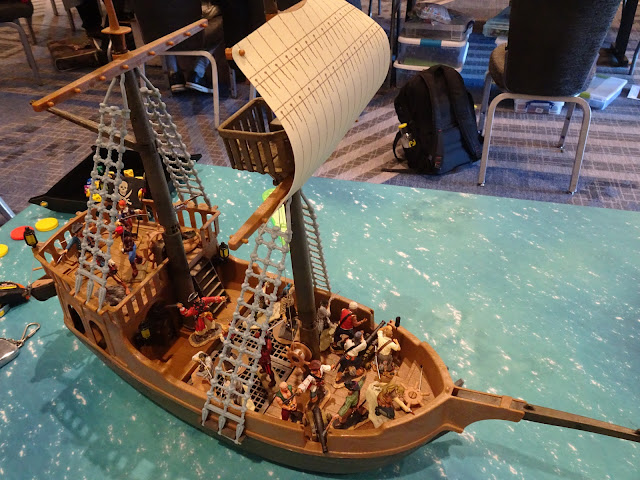 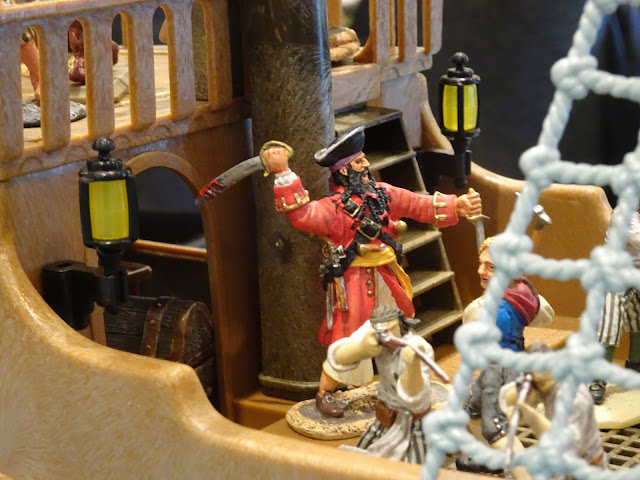 I apologize for the funky white rings. The figures moved individually and it was the only way to remember who had moved this turn.