It occurred to me that next year is the 110th anniversary of the publication of Little Wars, marking the birth of our hobby, and that I had never played the game. I have been diligently collecting the Britains 4.7 inch Naval Guns and I finally own eight, enough for a four player game. I pulled out my metal, mostly Britains, figures and I was able to provide both sides (Army Red and Army Blue) with 120 foot and 38 mounted figures. So I invited three close friend over to share in the fun. I even dressed as close as I could to an Edwardian gentlemen. 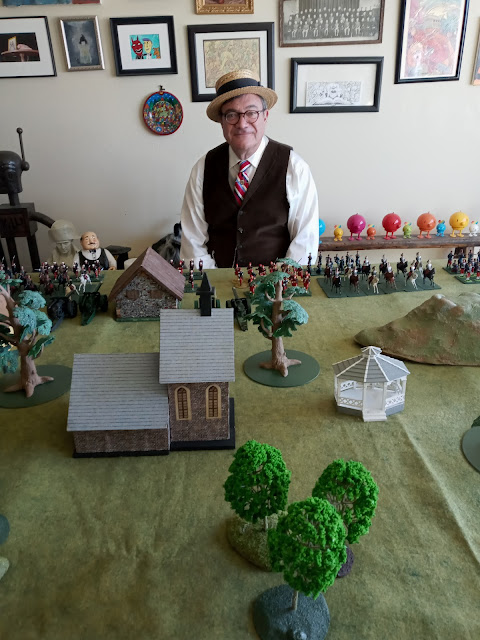 The rules are refreshingly simple, foot move 12 inches, mounted move 24 inches, guns can either move or fire. Only the guns fire, there is no infantry fire. Infantry and cavalry are only there for melee. I used cotton swabs with the cotton tips cut off for the projectiles. As all my figures were mounted on wooden bases attention had to be paid to see which figures were hit. They generally gave off a satisfying "ping" when they were hit but did not fall down. Here's a photo of the 7 1/2 by 6 foot table before the battle began. 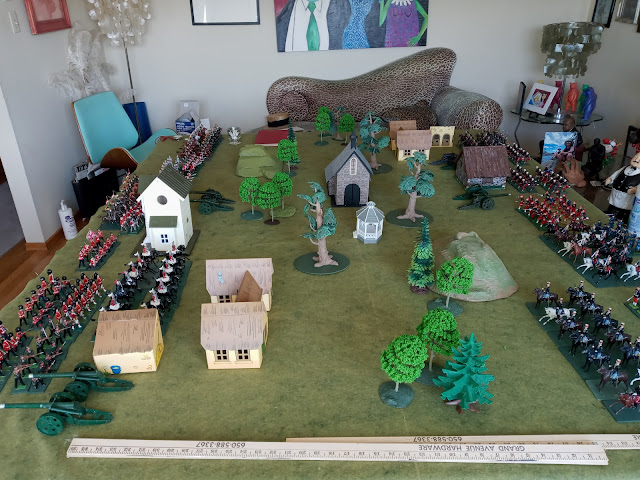 I was advised to provide lots of cover to limit the killing zones. Melees are bloody. If the sides are equal, both sides lose all their figures. Depending on whether the forces are isolated, i.e. no friendly figures within 6 inches, or supported, the winning side takes prisoners, who are counted as victory points. At the start of the game both sides sent their cavalry around the right flank of their enemy.Army Red was defeated in its attack, but Army Blue succeeded in taking possession of an Army Red two gun battery. 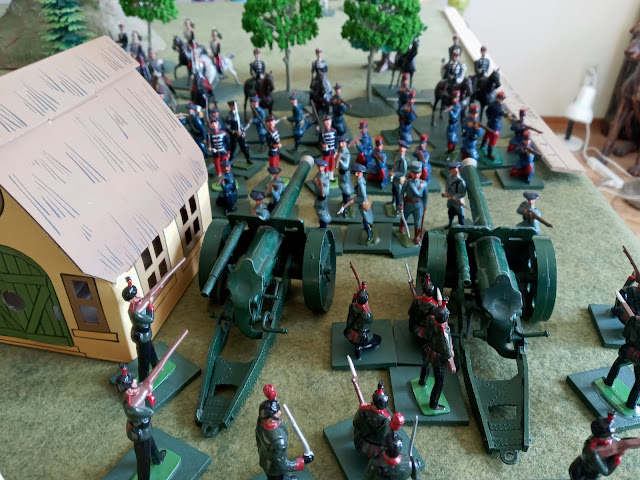 The center of the table was defended by all four of the Army Blue's artillery. Even with all the cover, it became a killing zone, reminiscent of the Great War. 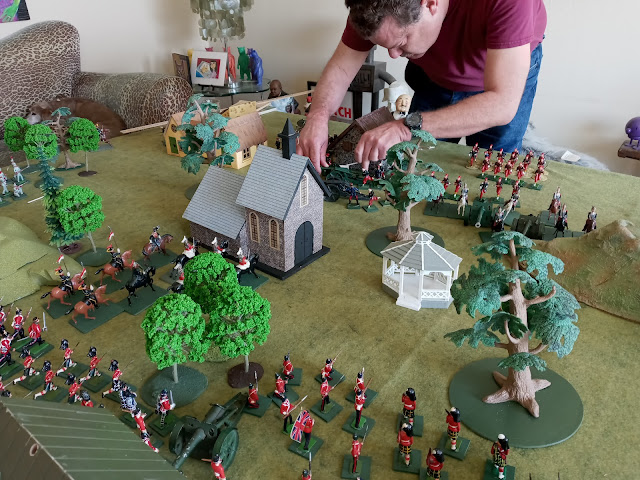 The Army Red attack on the center finally petered out, unable to take the gazebo. 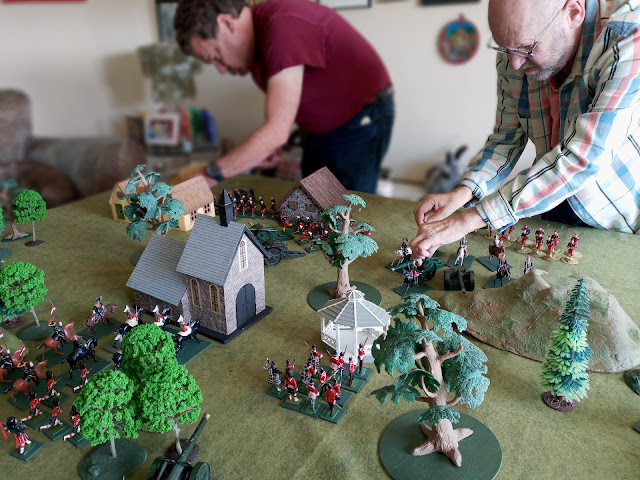 We called the game then in Army Blue's favor and retired to a lunch of bangers and mash. I think H.G. would have been proud.