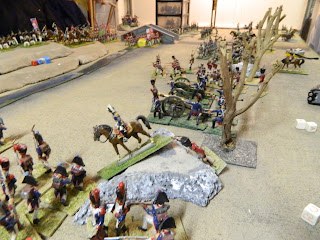 I had been so busy with was happing on my side of the table, I didn’t realize until then Ronny was still prudently advancing with his veteran light infantry  in skirmish formation. 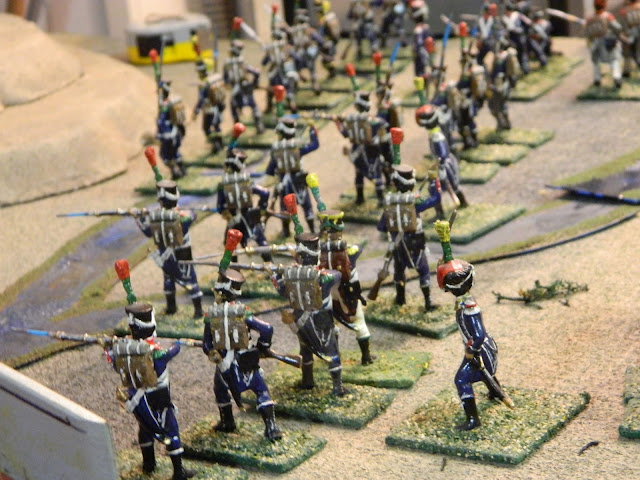 Not only that, he also advance with one battalion of each regiment officer attached, meaning, 3 battalions left behind at the baseline,  uncommanded doing nothing.  Ronny is now a veteran in our club, but still often does take strange decisions, frequently turning in the opposite what he should have done (aggressive when he should be prudent and vice versa). 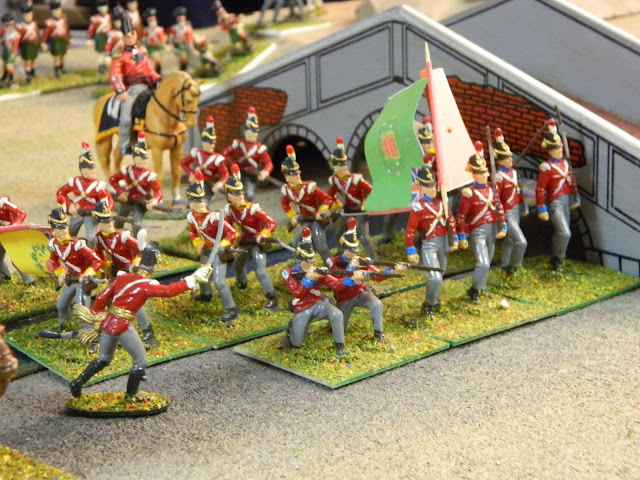 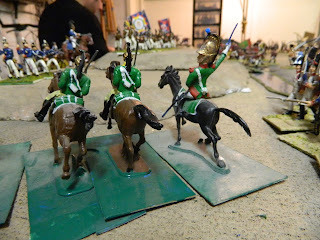 It was enough for Siegfried to return to the safety of the hills. One of the Scottish battalions also charged the French light infantry in skirmish on our right flank but with not no effect. With the other Scots and the heavy British battery going in to the cover of the hill, fights were dying out on this flank. 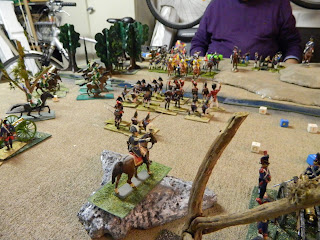 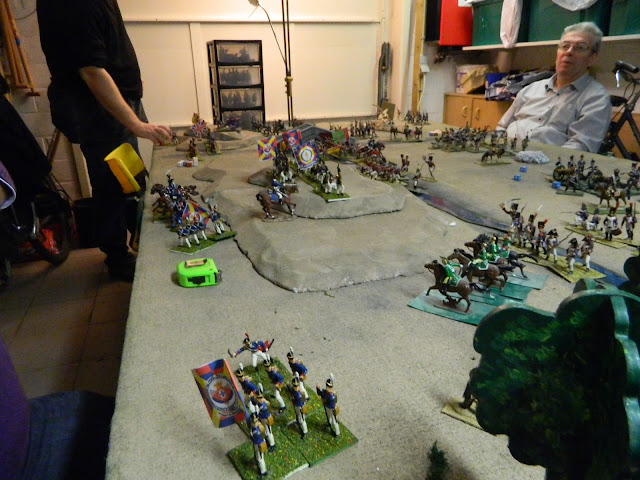 On our left the elite jäger were out of the woods at the Spanish base line. The Spanish division was in trouble. In a desperate attempt to stop the advance of my veteran regiment of three battalions, of which one had suffered from the battery and an infantry charge ,  Adrien send his last remaining cavalry unit towards the veteran infantry.  The charge failed and the cavalry unit was broken. 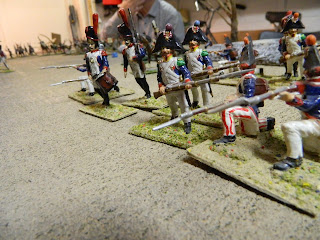 On top of that, the Spanish were now reduced to 4 units out of 9. The Spanish division had to retreat from the field. But Adrien , well aware of the threat had send 2 of his Portuguese units to the flank. One of them pushed back . The other one underwent a charge of my dragoons and had to retreat but far from broken.  My Swiss troops started to advance towards the Portuguese Caçadores. 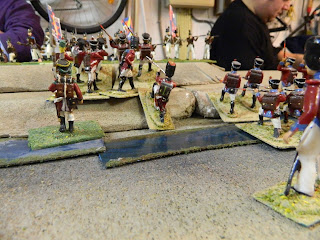 With darkness falling, troops to much dispersed , it was too late to organise  a coordinated decisive attack. 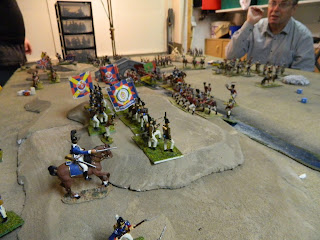 The battle was over. The Anglo –allied force had suffered greatly on their right flank, but in the centre and left their position was still very solid. That’s why we couldn’t really claim victory, and agreed this was a draw. 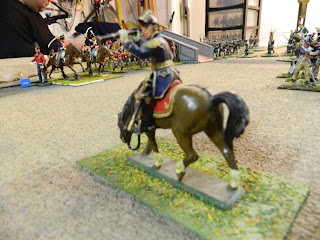 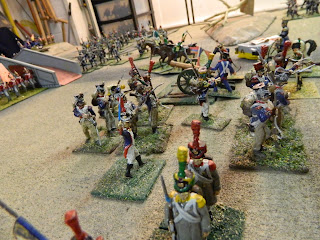 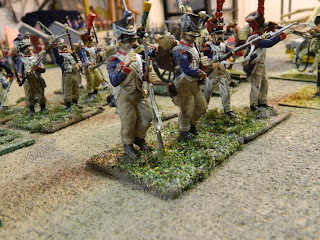 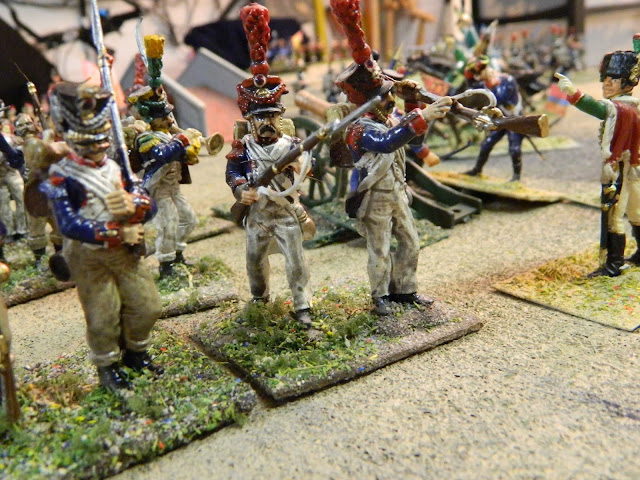 Retreating now the battle has ended. 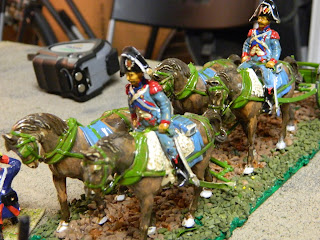 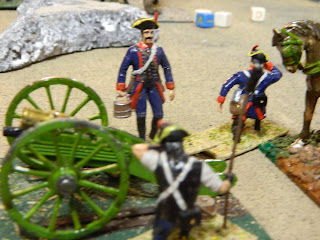 If this battle would have happened in reality, assembling such a force by the French would have been a “tour de force” and a gamble that only would have worked with a crushing victory. Any other result was a defeat.
Posted by ddonvil at 11:03