It was a rainy afternoon here in California, entering the third week of lock down with my girlfriend, Joyce, when she surprised me by asking if she could try a miniatures game! I must say I was delighted, she is the first woman in my life to actually take an interest in my hobby. I recently purchase the BelloLudo "Strategy Game" by Peter van Dop. Apparently it was designed as a team building activity for first time miniatures players so I thought it might be a good starting point for my girlfriend and I. I am always interested in simple game mechanic for my 54mm collections. I figure you can always solve a problem by making the solution more complicated, but it takes real genius to come up with a simple elegant solution. I would stop short of calling van Dop a genius, but the rules are certainly bare bones, with only the essentials covered. The rules book is only fifteen pages long, but they are enough. The rules period is general black powder era with a focus on Napoleonic. The only thing I had to bolt on were rules for light infantry, which were not covered. Since it was raining and my Napoleonic miniatures were in the shed out back I settled for using my AWI collection. We played on a 6X5 foot table which meant we got into action very quickly. Infantry moved 12 inches and cavalry move 18 inches. This seemed generous, even with my 54mm miniatures. They must have large game tables in the Netherlands! Musket ranges are out to 18 inches and cannon fire out to 36 inches. The rules include a unique dice used for activation if the units are outside of the 12 inch command radius. If you roll poorly your unit cannot activate and if you roll really badly you can make no more activation rolls. D6s are used for musket and cannon fire. Joyce picked up the mechanics very quickly and, aside from wasting her first artillery rounds trying to destroy a wooden house, soon got into the swim of things. Her British forces held back and let my Continental forces bring the fight to them, which made sense as I had seven infantry units to her five, though four of mine were militia. I won't go into detail, but we played the game to a conclusion in less than two hours, the British holding the field at the end. I liked the rules and will certainly use them again, most likely with a few additional house rules of my own. 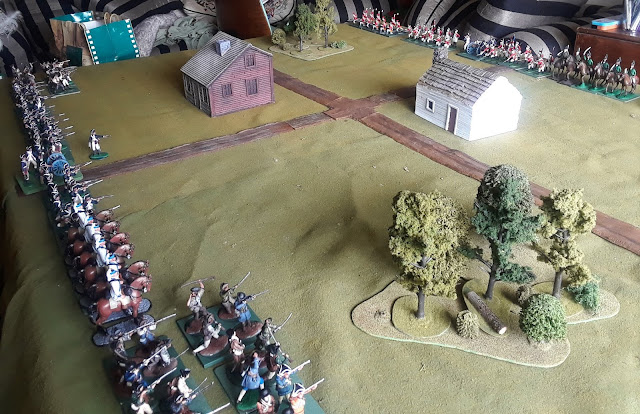 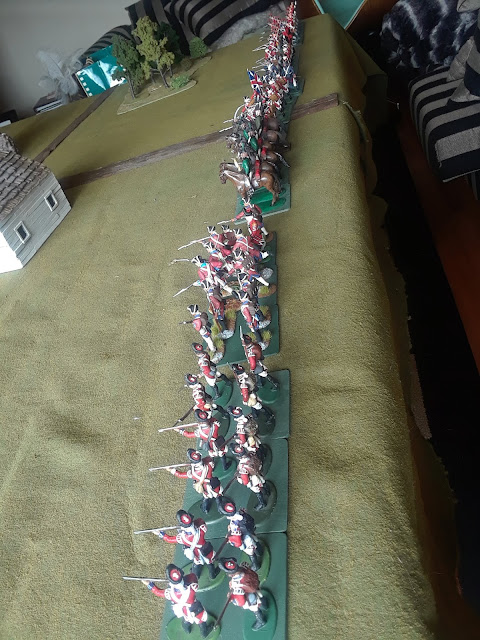 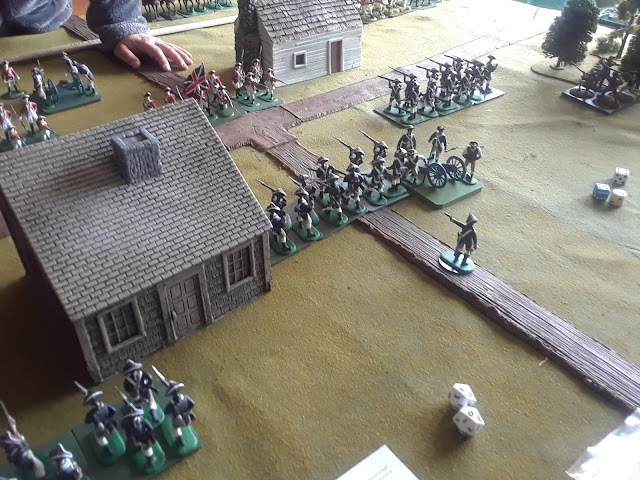 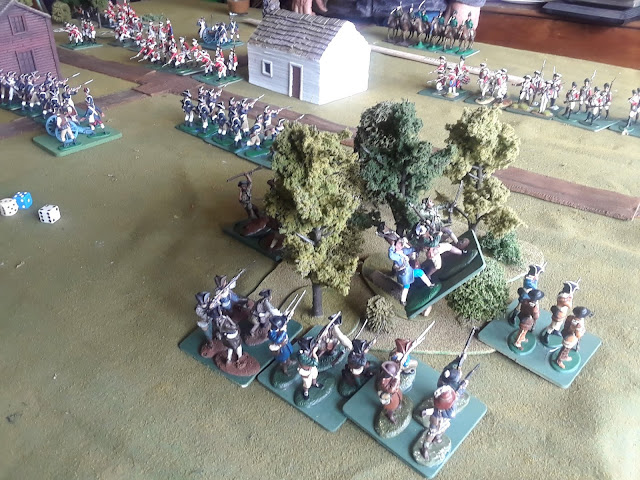 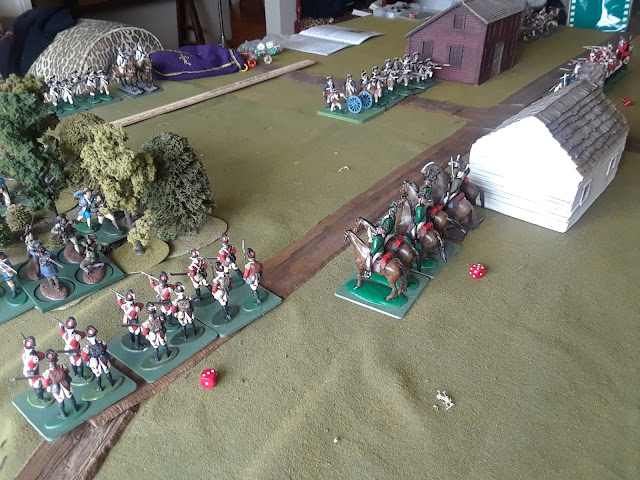 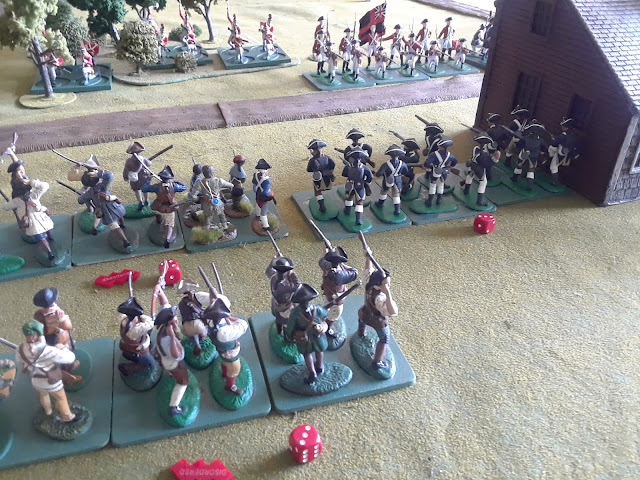