Campaigns of Montrose in 54mm


In the 90ties, I came across the Call to Arms figures of the ECW which started a fascination for the period.  I was intrigued by the lack of Scottish Covenanters and started to make figures with silicone moulds and resin based on converted metal figures.  I did find some highlander figures also and did read about the incredible campaigns of Montrose. Playing on the wargame table these battles was something I would do some day.
With some modifications to our About Bonaparte rule, and having highlanders, and covenanters that could also figure in that role they first saw action in a Culloden game in 2012:
https://www.youtube.com/watch?v=_CI9Ib4koVQ
But for playing ECW,  I first had to create a rule for the period, and started with a very ambitious plan: doing Marston Moor at Crisis 2013 in Antwerp. Made a separate blog for this:
https://marstonmoor54mm.blogspot.com/
I had to paint a lot of figures, and make a lot of conversions.
I succeeded in having everything ready for November 2013, but it had been a bit to much.
After the convention in Ghent, I needed a break and the interest in the period was lost for some time.

Then Nick ask my about the Highlander figures. looking on the internet, I did find some more figures at Replicants I didn't have and bought me some. Painted  (converted one to a flag bearer) them along with a pair of resin figures I still had to paint. Also the Campaigns of Montrose came back into view and now I have the plan to play the battle of Kilsyth. The biggest battle of the serie. 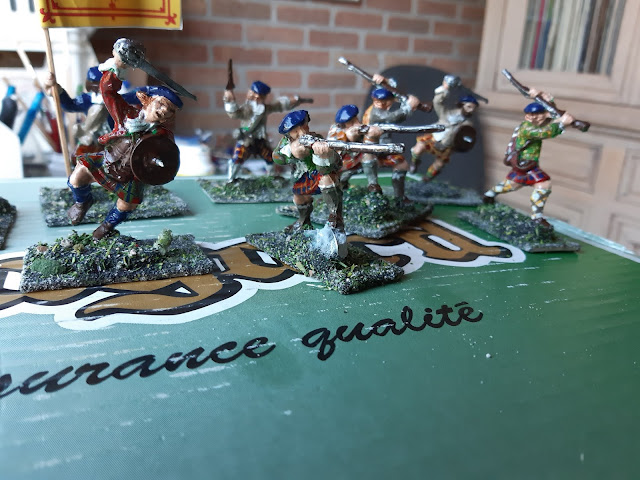 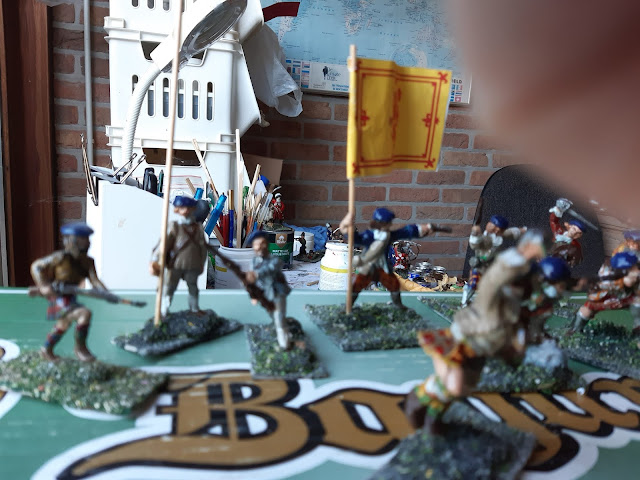 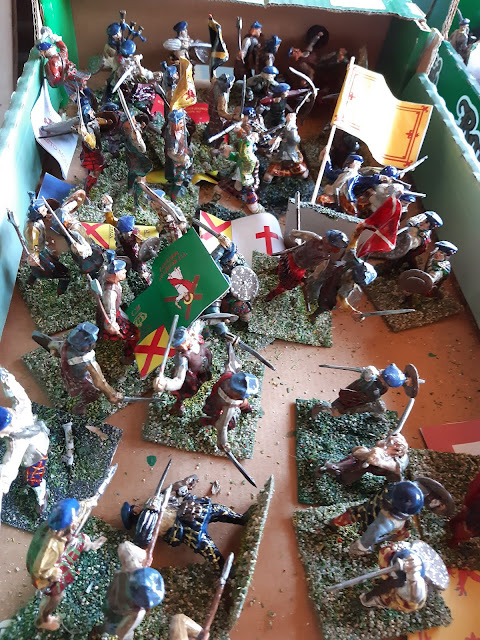 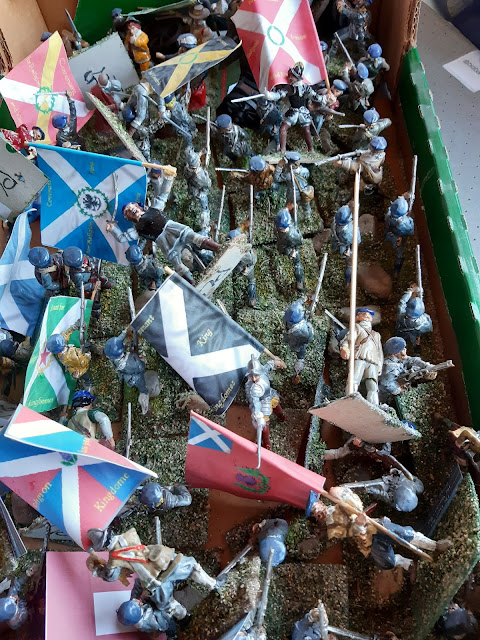 The Covenanter muketiers and standard bearers.
To see the pikemen and cavalry, take a look at the Marstons Moor blog
https://marstonmoor54mm.blogspot.com/