Bart Organized at his home a Zulu game with his 28 mm figures.
Warned by scouts, the British troops formed a hasty defence with carts and goods.
Scenario was the Zulu would only be visible when they left the first row of squares.
The firepower of the British proved to be heavy, but the numbers of the Zulu warriors was too big.
Once in close contact, the British had also many casualties, but succeeded into pushing the Zulu units out of their defences for several turns, but the Zulu units kept flooding in .
On the British left the firepower of the regulars and scouts stalled the Zulu progress also for several turns, and even a charge by the lancers inflicted casualties, but the latter had to pull back from the fight.
In the end British resistance collapsed, only the cavalry escaping the onslaught.
Peter and Steven as British players. Mark as Zulu player assisted by Bart and Dirk for moving al those Zulu figures.
Wargame rule : About Bonaparte 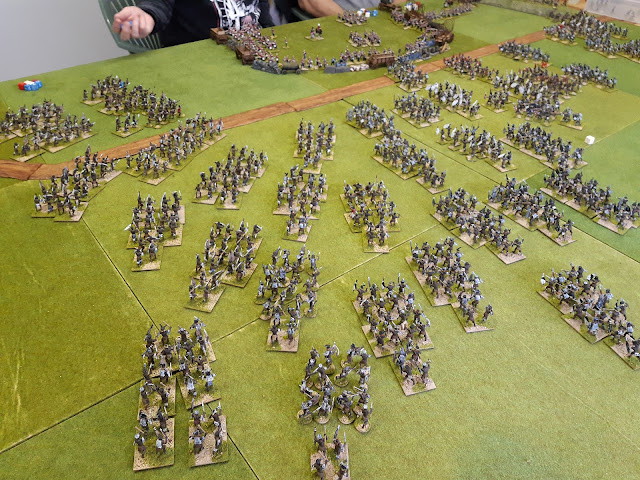 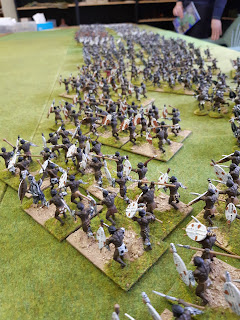 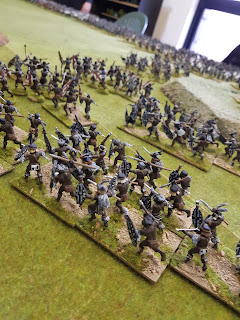 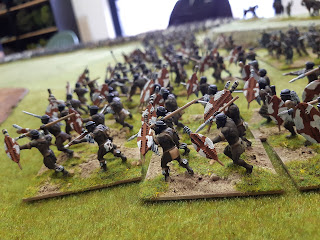 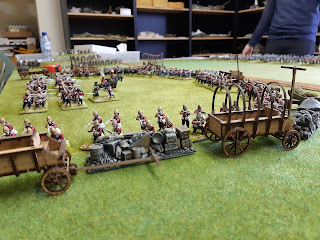 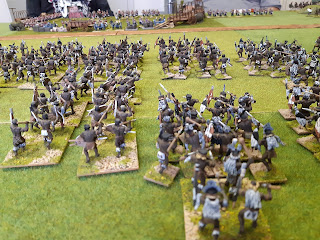 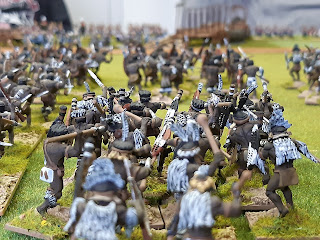 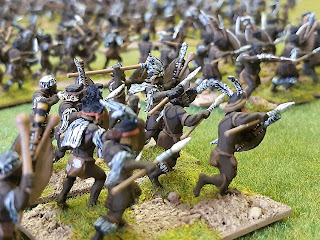 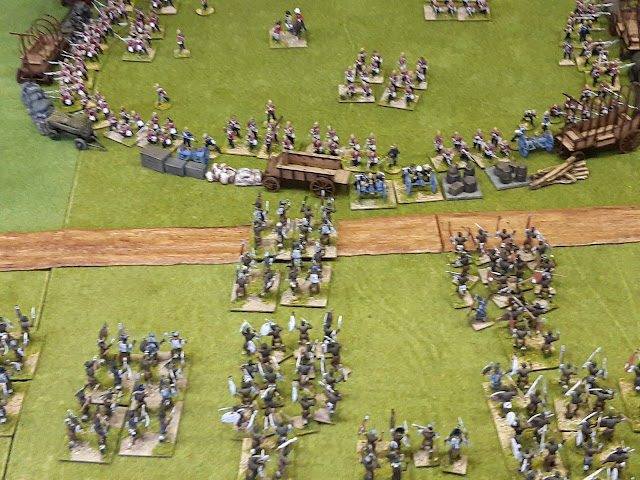 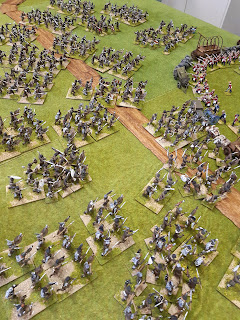 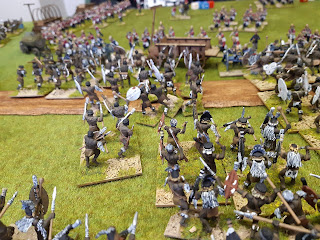 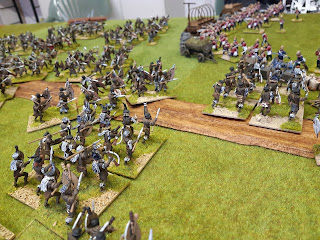 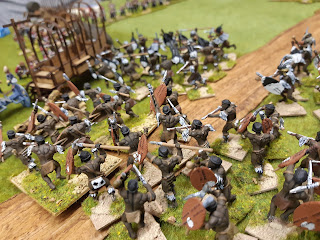 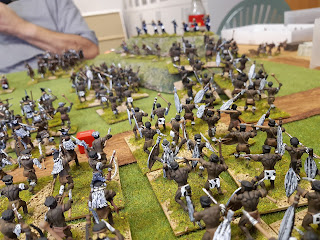 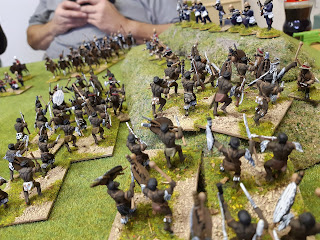 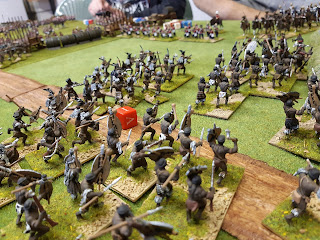 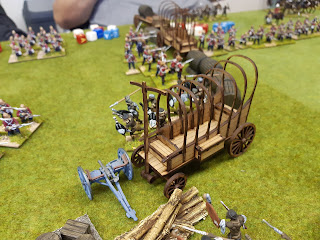 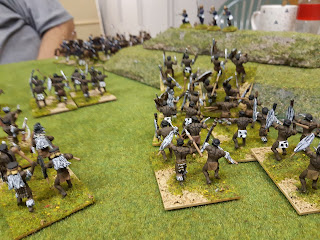 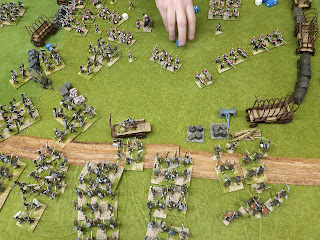 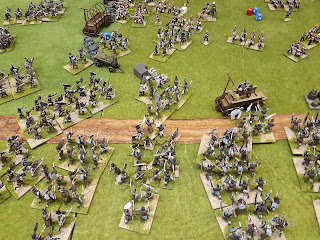 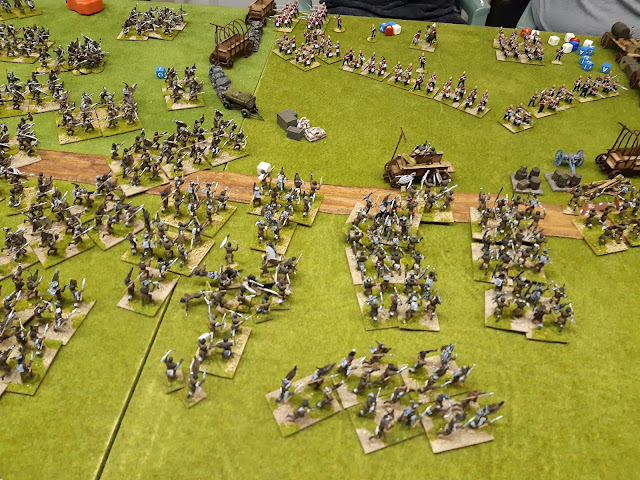 Welcome to the blog of PMCD Mobilisatie, a wargame group of Flanders (Belgium).

Our group has not a real membership, but has some 15 persons who join our games on a regular basis. We did also go international with interest from the Netherlands, Italy and California.