Fresh Boer guns in the Veldt

Please leave your feedback at the bottom of this posting.

About four months ago I started my 54mm Boers wargaming project covering a Boer commando, a Commonwealth quick reaction unit of mounted light infantry and appropriate terrain elements. A former review on this work was posted in this blog around September 2014. Here some new elements are presented. 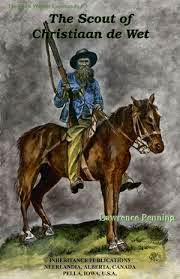 The strength of the Boer forces is in their enormous mobility and quick response time. They were   excellent horsemen and had a keen eye through the aiming sight of their carbines and rifles. Harsh life in the Veldt learned the Boer boys to make every round count. Their fighting forces were organized in so called commando's. And their swift and often veiled actions got this name into use with the special forces of Western armies. So... more horsemen it must be for my project. 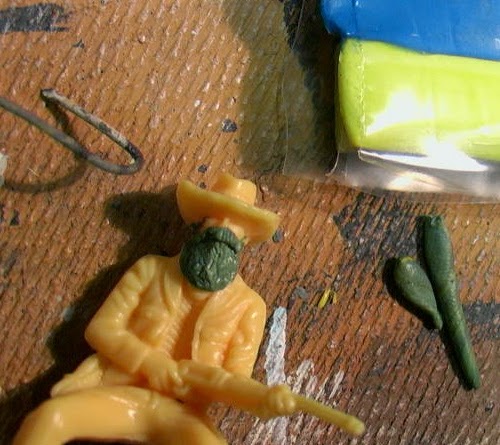 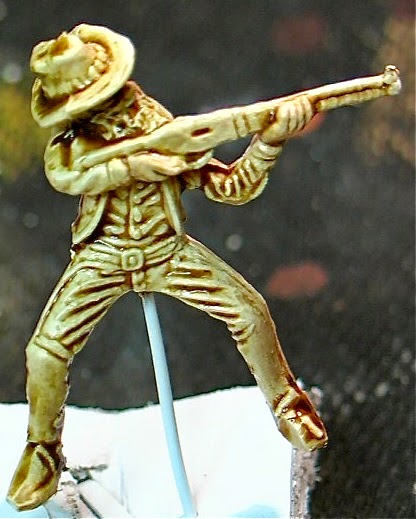 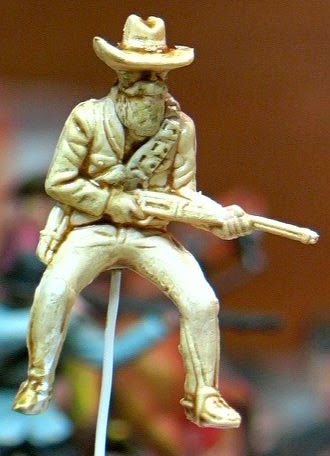 After converting actions I spray the whole figure white (GW Skull White) and let dry. Then a diluted Sienna tone is dabbed all over, showing all necessary details before final painting. Above figure are in that phase. They can individually be found in several steps before, in my two posts on the subject.


The Boer commando columns were self supporting 'moving villages' and amongst them was their finest (mainly German source) artillery. It's hard to find the appropriate pieces in 54mm. I've obtained some around 1900 muzzles through  'Toy Soldier Depot'. With a shield added and some work on a ammo cart and traction, it will serve it's goal; victory points for either side, escape or capture! 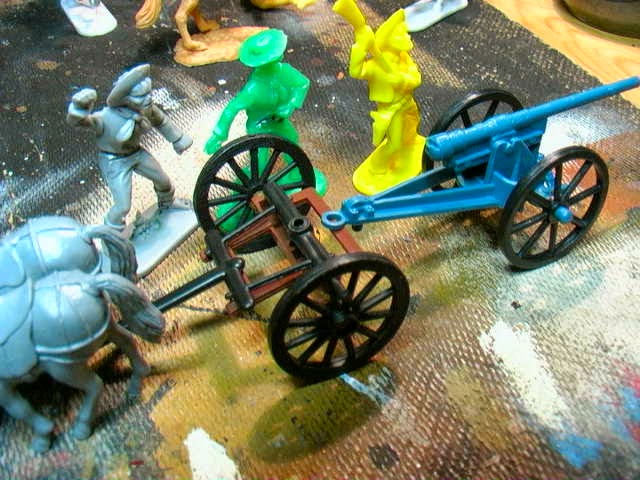 I'm on the search for some specific Jean Hoefler mounted cowboy poses:


I hope you all enjoyed this posting once again. Please leave comments folks!

A sneak preview of a posting to come soon: 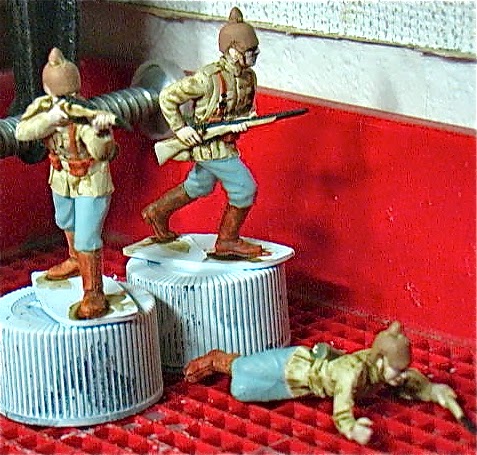