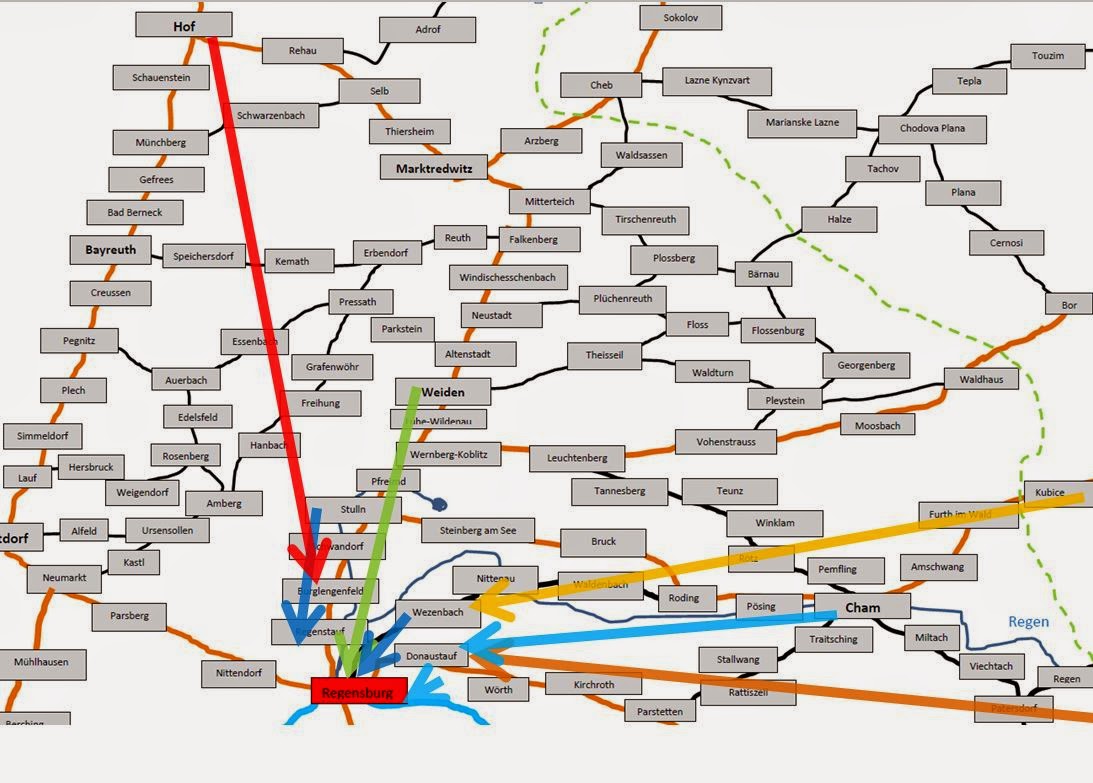 The Austrian (Corps I and II)could choose where to attack. and opted to attack both in the south. (yellow and orange)
A Bavarian division in Cham retreated back towards Regenburg when confronted by the  Austrian supperior numbers. An French division(dark blue ) in Wezenbach fought the first battle against an Austrian division and stood ground. Two days later a second Austrian attack was succesfull. But in the meanwhile the Bavarian division (light blue) was heavely defeated in Doneaustauf, and retreated ...towards Wezenbach, Where it arrived in the middle of the second battle of Wezenbach., sustaining heay cassulaties, as did the French . The victorious Austrians in Doneaustauf pushed furhter towards Regenburg, but where countered by The Württenbergers (green).

Now The Saxons, red, the second french division (also dark blue) all arrived in Regensburg. combined uith the forces already there, outnumber the Austrians, notwithstanding the heavy losses in the previous battles. The Austrians have to attack..Will they be successfull?

Want more info : just make a comment, or mail at pmcd.mobilisatie@gmail.com
Posted by ddonvil at 12:22